Why We Still Need Feminism
Odyssey

America — And The World — Still Need Feminism Today More Than Ever 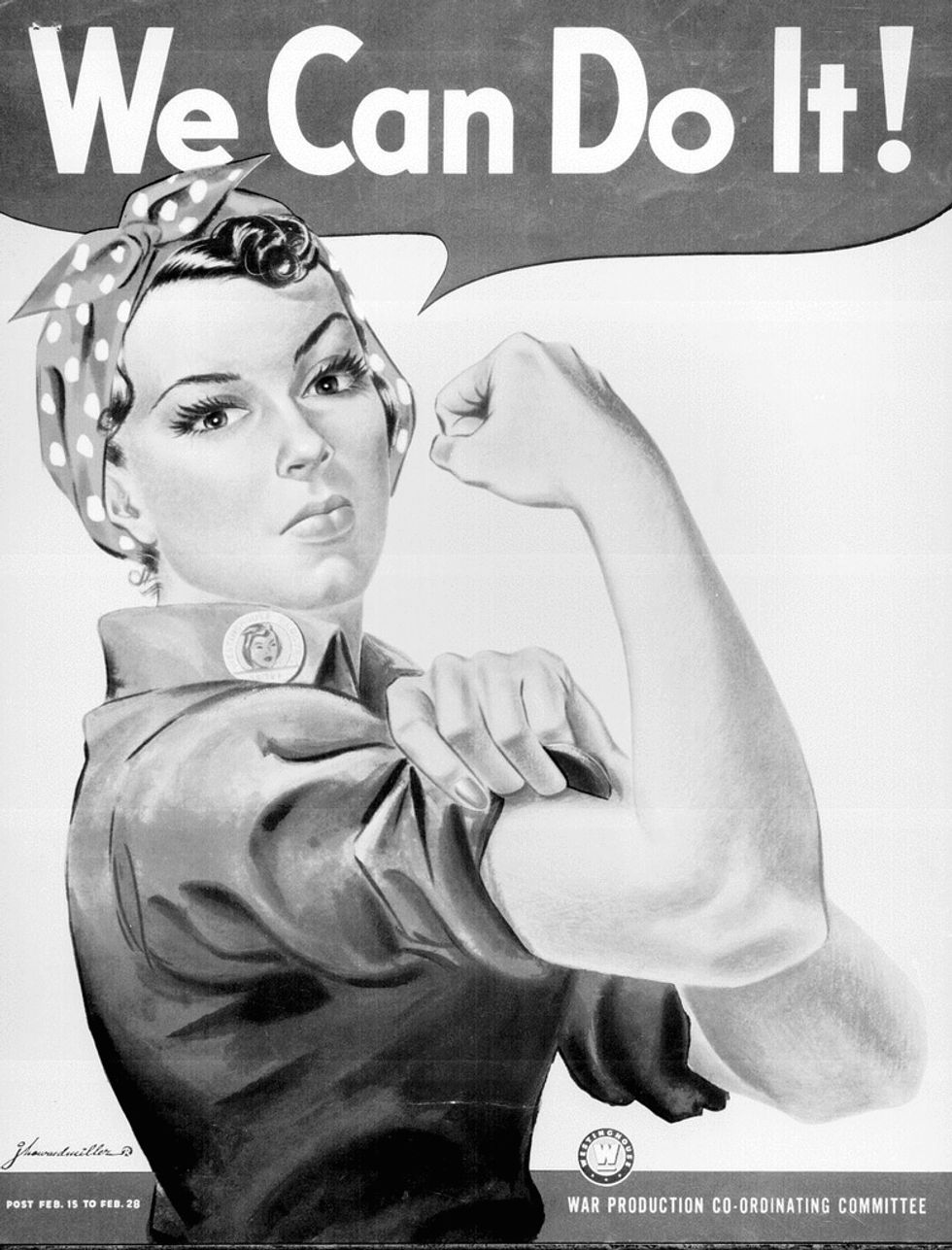 There are so many articles, and talk about women not wanting to be feminists. They believe that being a feminist is all about working and being independent, but they want to be a stay at home mom. Being a stay at home mom is perfectly fine, especially in the realm of feminism.

Feminism gives women the option to stay at home or work their asses off at a high-end job. Feminism is all about equality. Feminism wants there to also be stay at home dads. It's not the woman's job to be the one staying at home, it's not the man's job to be the breadwinner. It is about equal pay for equal work. It is about ending discrimination against women. You may think women can vote now, what else do we need? Well. A lot.

We need equal pay for equal work. If you don't believe me, here is a graph I was able to find about the pay gap:

And a link to many different statistics upload.wikimedia.org

Women have been discriminated against since the beginning of time, when they were unable to own land, or money. Families who had a lot of money and land, without sons, were to give everything to the man their daughter marries.

Also, the amount of women who are CEO's is significantly lower than men. This article states that out of the 500 most fortunate CEOs, 24 are women. This is due to many gender inequalities. Many companies do not want women because if they have a child, they would go on maternity leave. A company without its CEO for a few weeks is just crazy! Of course, they can't have that. They MUST have their CEO at the company at all times, without any way they would have to leave. Another reasoning is the fact that science and mathematics majors are mostly filled with men while teaching and caregiving majors are mostly filled with women. This is due to the belief that women are more fitted for care-taking and helping than men.

Discrimination of women occurs on so many levels from small things like "you throw like a girl", to "you need to act more girly", to abuse; sexually, physically, and emotionally. Women get taught how to leave situations during these and prevent them, how to not get raped. Meanwhile, men do not get taught not to rape or beat or hurt women in any way.

Women's rights are still being attacked by the government. Abortion, no matter your opinion on it, should be safe for all women. This is because it is the woman's body and what happens to it should be her decision, not some congressman who's religion claims that abortion is wrong. Some states have a tac on tampons and pads.

The thing that women kind of NEED, unless you want blood everywhere, is taxed. Why is that? Also, in the US government, 87 women serve in the house of representatives, and 110 in Senate, which is around 20% for both. That means around 80% of Congress is men. 80%. That does not represent the population, where 50.8% of the population is women. Shouldn't 50.8% of Congress be women as well? Also, a woman has never been president of the United States. Isn't that a little odd? People say we're equal yet the one governing job that has the biggest impact has never been a woman.

Even if you want to be a stay at home mom, be a feminist for those women who don't. Be a feminist for yourself. For your ability to do that. Be prideful in your gender. Be intersectional. Help each other out. We don't need people going at each other's throats on the sheer want for equality. Feminism is for society as a whole. So women in society can be equal to men. Everyone should have a fair chance to succeed.

To the men that are feminists: thank you. I'm proud of you for understanding the complexities of gender inequality. Thank you for trying to make this place better for us all.