I Am A Conservative And My Party Is Not Intolerant
Odyssey

I Am A Conservative And My Party Is Not Intolerant

Liberal hypocrisy is not toleration. 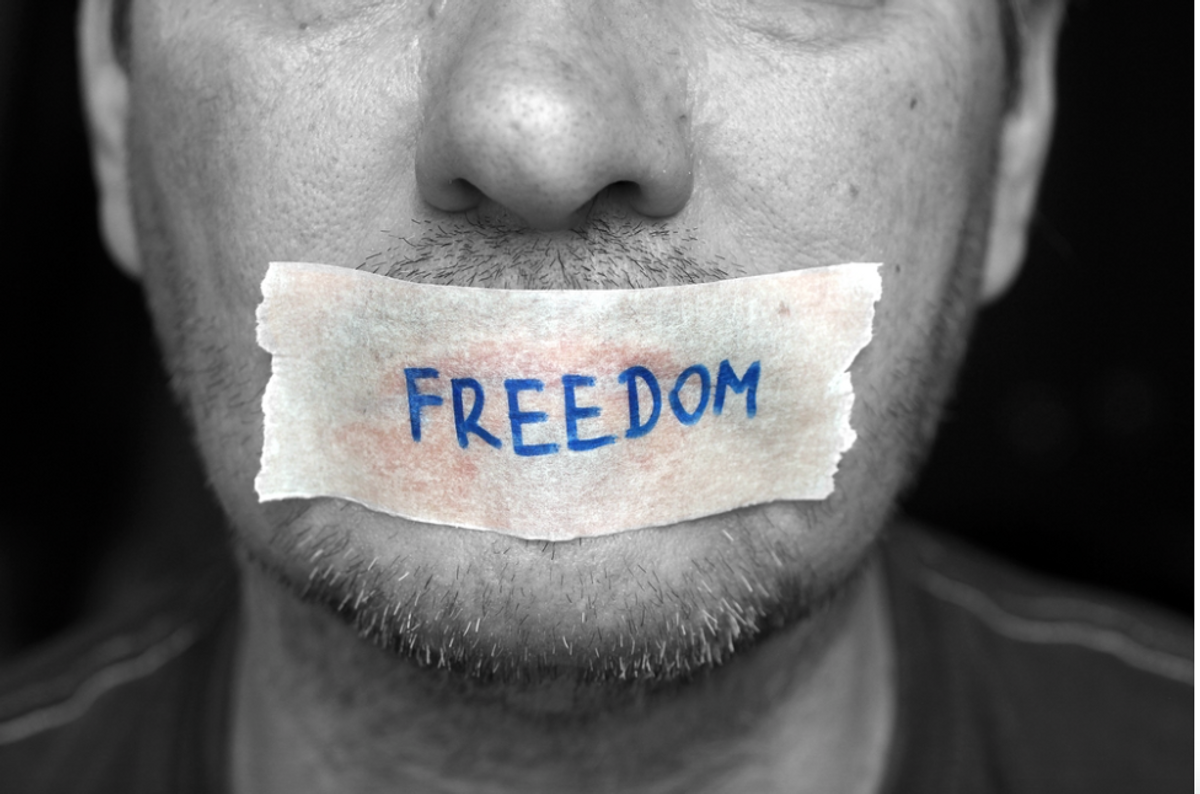 I am Conservative and I am part of the party of tolerance.

It has been long advocated by liberals that the Republican party is the party of hate. They consistently state that Republicans are intolerant to any view other than their own, that our opinions are not validated because ours differ with theirs. Liberals, on the other hand, are constantly portraying themselves to be the party of tolerance, gracefully accepting all that comes their way, whether it be a brand new gender or a new idea. However, what liberals won’t tell you is that your new idea better agree with pre-existing values of the party, that if you have an opinion, you better be sure it resonates with theirs, and that if you have something to say you better make sure that there is no way you could offend someone.

Typically, my political leanings are more towards the right, although I identify as independent. Still, I have been subject to torment by my liberal peers, professors, and any other liberal who happens to read an article that I write. If my opinion does not coincide with their belief then suddenly my opinion has become invalidated, incorrect, and more often than not, "offensive." I have been harassed on the grounds that I shouldn’t be allowed to share my opinion because it offends someone, somewhere. Sorry liberals, but I luckily have the First Amendment to validate my opinions time and time again. Nonetheless, I still get anxious when I publish work, especially considering that the domains I publish for are predominantly run by people with liberal values. I worry that they will not want all the "negative" attention drawn to the page and will thus prevent me from publishing my work. I don’t feel this way just when I am to publish a writing piece, I feel this way when I speak in class, which so far have all been taught by professors who let their liberal bias show through. Don’t get me wrong, I have no qualms with the fact that my professors don’t agree with my views, however, the few times I have tried to them I have literally been screamed at, berated, and made to feel stupid. I worry that my grade will not reflect only my test scores, quizzes, and homework, but my political views and how my professors feel about them. For a party that prides itself on being tolerant, I have faced vast amounts of intolerance.

It’s not just in school though. Recently I published writings called “I Am White and Don’t Have White Privilege” and “Turn Right: A Path to American Citizenship” that have both garnered a decent amount of attention. I expected that, I write to create discussion and that is exactly what I did. However, I do not write to be trolled or called stupid simply because my views differ from theirs. When I argue with a liberal, I never think of them as "stupid," because believe me, some people I have debated with make damn good points. Rather, I think to myself "okay, so we don’t agree, if I can persuade them to change their views great, if not that’s okay too.” Never have I called a liberal “stupid,” “embarrassing,” a “typical white student,” or “pathetic,” among a plethora of other words not too appropriate to share. I have been threatened by students who are upset that I feel confident enough to share my thoughts. More importantly, the same people who felt my article on White Privilege was offensive to people of color, are the same people berating me for being white, liberal hypocrisy? I am told that my writing isn't important because Odyssey is stupid, at least I'm writing about what I think rather than doing nothing but judging.

I have a message for liberals: My right to freedom of speech doesn’t end where your feelings begin. I am allowed to express my opinion, and just because you don’t agree with it does not give you the right to try and have my work removed or censored. If you are so tolerant than use that tolerance when talking with someone who thinks differently than you. Stop resorting to personal insults as a way of combating my political articles; you make yourself look immature and silly. Stop trolling conservatives and harassing them all because they may have said that illegal immigrants are illegal. Stop trying to force society to be considerate of other people’s feelings -- life doesn’t stop for a few -- and yes I’ll say it -- snowflakes. Instead, engage in discussion, use facts, and only focus on the issue at hand. Don’t resort to insults, if you can’t "win" your argument realize that that is where it ends. Be thankful you live in a country that does give people the freedom to say and think what they want, because if we lived in a world run by people like you, we’d be living in a time of dictatorship. Stalin and Goebbels both loved freedom of speech, so long as it favored their views, otherwise -- well, we know what happened otherwise.

Sometimes in life you win, other times you lose. From a young age we are taught, or at least should be taught, that the world doesn’t revolve around one person. However, as society has changed these past few years or so, and as college campuses all across the country have progressively become more liberal, students with liberal values seem to forget that the world doesn’t revolve around liberalism. That, although it may seem hard to fathom, there are plenty of other students who are conservatives or libertarians. The issue at hand is that professors have indoctrinated liberal students to think that they are always right simply because the majority of the class agrees with them, because a student has the backing of a professor who just graduated graduate school. Amazing how the one conservative teacher I’ve ever had continually kept his mouth shut during class debates and rarely interjected, unless to clarify, however when a liberal professor is moderating a discussion it turns out it is me vs. the-professor-with-the-pen.

I shouldn’t be scared to share my stance all because a group of outspoken cry-babies can’t handle a view other than theirs. We conservatives love discussion, we love debating, and we love hearing other sides of the spectrum. More often than not, we don’t have any other option as well, considering, at least personally, my classmates are predominantly liberal. I am more tolerant of views than any liberal I know simply because I have no other choice to be. I know that my opinions are hated, which is why they are not shared, and I know that liberals always think they know best, which is why my ears ring with progressive talk. I’m forced to engage in discussion, to hear views that contradict mine, liberal students are not. They merely talk with other likeminded students about why they have to be cogent.

The Good Effects Of Immigration On Texas' Economy