I'm privileged, but not because I am white. 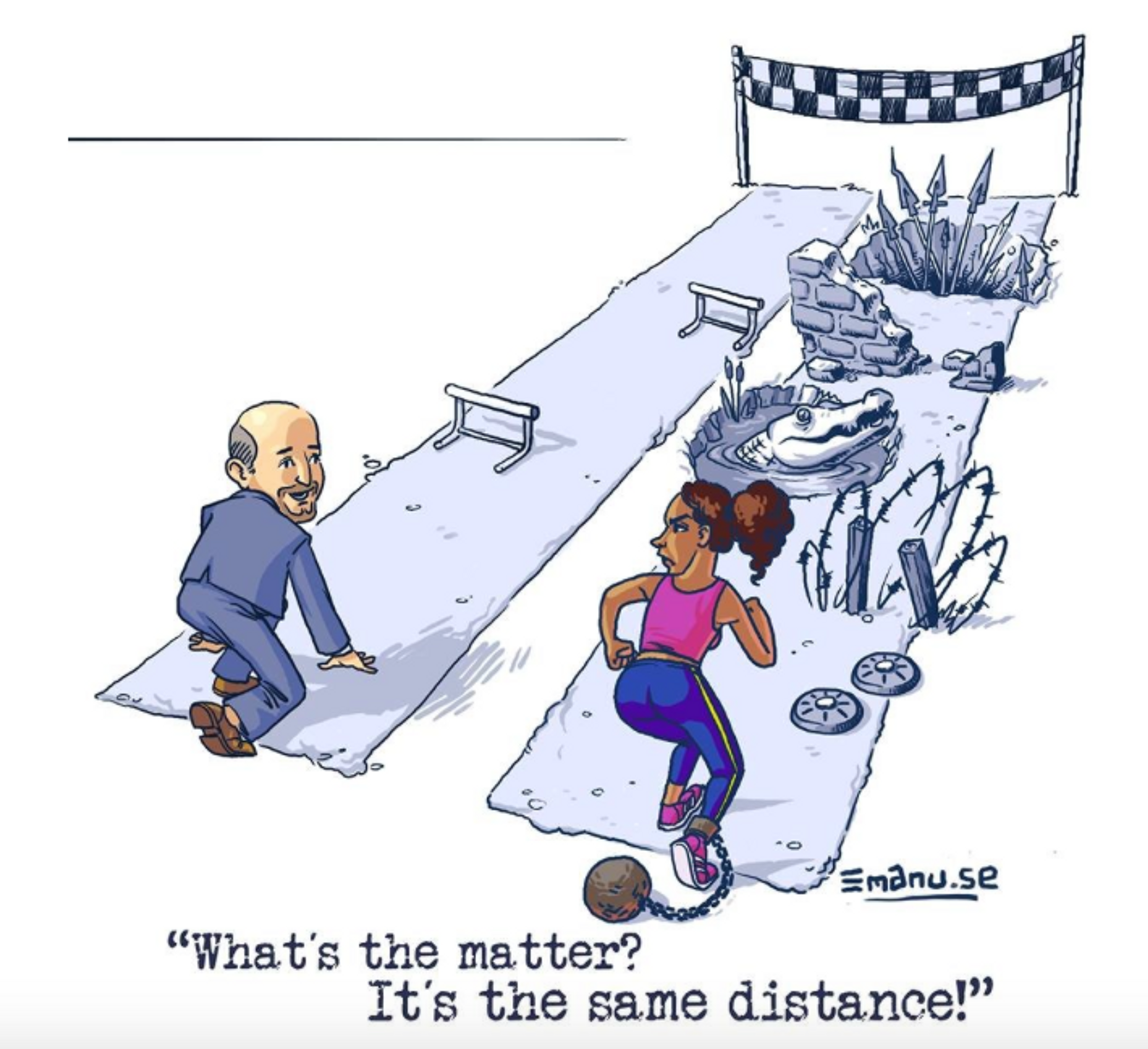 I am white and I don’t have white privilege.

I was born into a middle class family; my dad usually works six days out of the week while my mom stays home and tends to the house as well as my sisters and I. We don’t go on vacation every year, we have two cars, both my sister and I have been working since high school, and the only reason my sister and I can afford to go to college is because we work hard for our grades. Still, I’ve been lectured by my peers and professors that I am in fact privileged all because I am white. Now, don’t get me wrong, I live a very blessed life, I don’t worry about where my next meal will come from, or whether or not I have a jacket to keep me warm. However, I do not attribute my blessings to “white privilege,” I attribute them to the hard work of my parents.

“White Privilege” is defined as societal privileges that white people have that non-whites do not have in social, economical, or political areas.

If you could find a more diminishing term let me know. White privilege does not exist, and if it does I sure as hell know that I, along with thousands of others, haven’t met it.

When people tell me that I live a privileged life because I am white, that I don’t, and will never know, a non-white’s struggle, I feel as though the hard work that I’ve put in to get where I want to be, the hard work my dad has put in, and the hard work that my grandparents have done, is all being belittled.

"White Privilege" is a poor excuse used by the media to divide, and used by those who need a reason as to why they cant succeed, or why the cant get where they need to be. Yes, despite what everyone wants to believe, I have the exact same opportunities available to me as any non-white person does. Granted, there are cases, and many of them, in which its difficult for someone to pursue what they want because they have the burden of working in order to afford basic necessities, but white people face those problems too. Hardships do not discriminate, neither does illness, rape, hate, robbery or murder. Problems do not surpass white people, even if that’s what most people want to believe. Solutions do not come easier to white people, even if that is what we are told. The difference, however, is that when a setback falls upon a non-white person, society tells them that if they were white it would have been different, that this happened all because they are not white. How dare we. How dare society try to make up for the shortcoming of others by deliberately diminishing the hard work of white people? When a white person is fired, or doesn’t get the job they want, they don’t go and cry discrimination. I know that when I am not called back for a job interview I don’t blame the Indian woman who interviewed after me, I blame myself. I try to account for my shortcomings and see where I went wrong and what I can do better. I brainstorm ways to embellish my resume, and I try harder for the next time.

Not only does the term "White Privilege" denigrate the hard work of white people, but it deprecates the value of hard work that people who are not white do. When you use the term "white privilege," it sends a message out there that non-whites rarely succeed, that if they do it’s a rare occurrence attributed to a stroke of luck. Wrong. There are millions of non-whites who live the exact same life as I do, there are millions who live far worse than I do, and there are millions who live better than I do. There are non-white teachers, doctors, lawyers, managers, entertainers, athletes, accountants, chefs, and any other job you can imagine. They didn’t get there after they miraculously found a pot of gold at the end of their rainbow; they set goals, they worked hard, and they achieved what they wanted. Ben Carson did not get to become one of the top neurosurgeons and a presidential candidate all because he got lucky, Barack Obama did not happen to stumble upon presidency, and Vinod Khosla didn’t accidentally found Sun Microsystems. Hard work, determination, and perseverance got these people to where they are now. So when anyone says that ‘white privilege’ is the bane of a non-white's existence, remember you are diminishing the accomplishments of non-whites by making appear as though these people just happened to get lucky.

So yes, I have checked for my "white privilege," so has the poor white mother in the trailer park, the old white man on the street corner laying on a tattered blanket, and the hopeless college grad who can't find a job.