Yes, You Can Become An Alcoholic Before Turning 21

Yes, You Can Become An Alcoholic Before Turning 21

Don't let the ones around you fall into the trap of this substance. 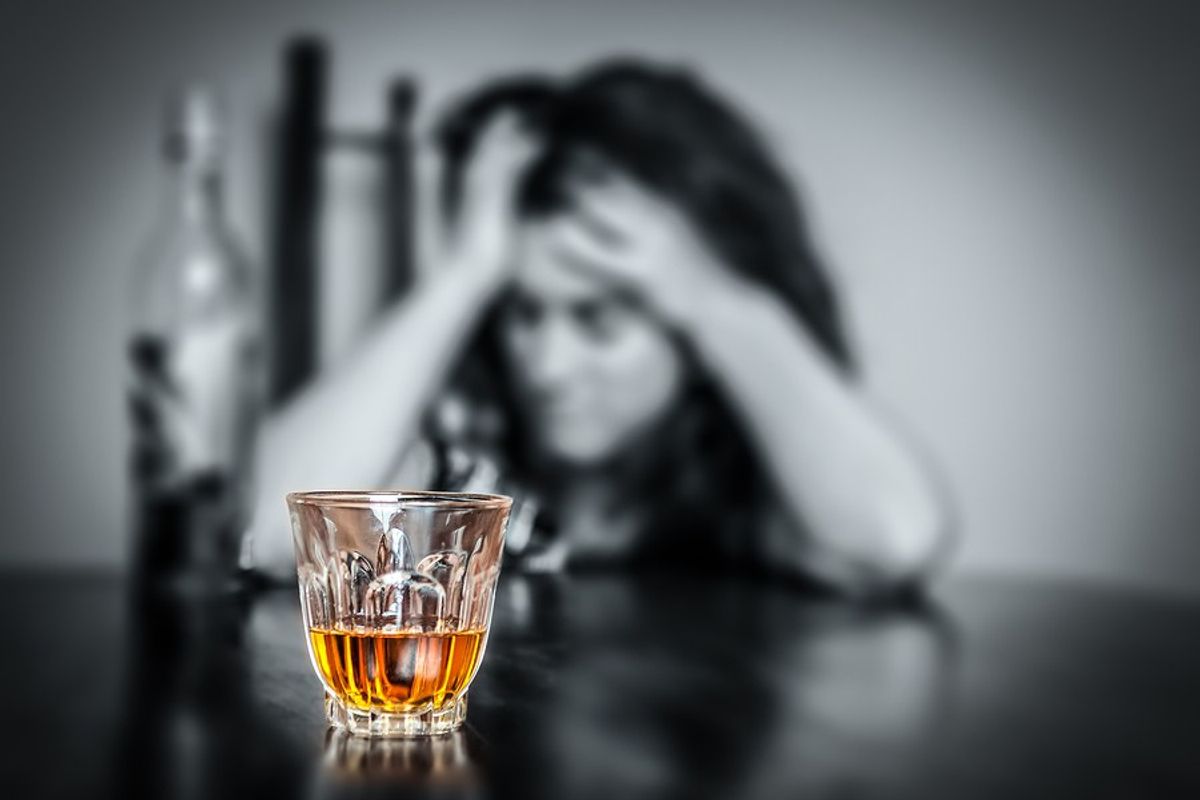 Note: The name of the person interviewed will not be stated in this article.

It starts with that first sip. Whether it be a bottle, mixed drink or shot, you feel the rush. You start to feel like a bad ass. For the first time in your life, you have tried a new substance: alcohol.

Peer pressure runs high amongst friend groups. You begin to see more and more substances across the media. You idol the celebrities whom consume drugs and alcohol, while posting their lavish lifestyles all over Instagram, Snapchat, and twitter. You begin to think that it is okay and normal. You drive down the highway and see enormous billboards for beer and liquor companies. Superbowl adds become famous for promoting these same things. Although you may not see it, alcohol is being promoted all around you.

Parents drink. Kids drink. Apparently, everybody these days drink. We see on television and read in the papers about arrest for DUI's and MIP's, or other forms of drinking tickets, yet we still rely on the substance for a good time and let it slowly degrade us. So when did underage drinking become such a problem in todays world? Recent reports have stated that about 81 percent of high schoolers have had a drink, and that binge drinking in college students continues to increase in numbers. Almost 50 percent of alcohol consumed in college is by underage drinkers. Alcohol education is being promoted now more than ever.

Have you heard of alcoholism? Google will tell you the textbook definition, a chronic disease characterized by uncontrolled drinking and preoccupation with alcohol; but did you know that there are about 6.5 million teen binge drinkers in the U.S.?

With numbers this high, I was able to interview a very close friend who is 17 years old and struggles with alcoholism. Not only did we discuss her addiction, but also the emotions that come along with it, and her thoughts on alcohol and underage drinking.

Q: How did you first get into drinking?

A: My ex-boyfriend. He introduced me to everything, especially substances.

Here we learn that the consumption of alcohol leads to the use of other substances and drugs. Some people might refer alcohol as a gateway drug.

Q: When did you realize you were abusing alcohol and that it was becoming a serious problem in your life?

A: When I would be black out drunk at school in second hour and no one knew i was drunk.

Q: How has this affected you?

A: Well, I drink so often that I don't know who I am without alcohol.

Q: Do you think it has affected the ones around you and how?

A: Absolutely, I think it might affect them more. I don't think my parents even sleep at night anymore.

Q: What is the hardest part about being an alcoholic?

A: Knowing that you can't stop yourself. I will drink until I don't have a single drop left in the bottle.

Q: How are you conquering alcoholism at such young age?

A: One minute at a time. Thinking you won't drink for today is so overwhelming when you can't even think about staying sober for another hour.

Q: What are your thoughts on underage drinking?

A: In moderation it's fine. I know that sounds dumb, but everything in moderation to me always seems fine.

Q: What words would you tell a teenager about the effects of alcohol?

A: It affects everyone differently. If you have to drink in order to let yourself do something, you probably shouldn't do it.

My discussion with this beautiful young girl goes beyond the interview. I am beyond proud of her responses and am always rooting for her. Watching my friend struggle has been hard to watch, but watching her attempts to improve and become a better version of herself has shown me how strong she is. She discusses aside on how she wants to better herself for her baby sister, and get through this bump in the road.

Robert Frost once said, "In three words I can sum up everything I've learned about life: it goes on."

With my whole heart I believe with extra care and support, we can help the ones whom need our help to get past the bumps in their roads. Alcoholism can be diagnosed in all ages, and together we need to promote the education of this substance in order to lower the numbers of people abusing it in our society today.

If you or anybody you knows struggles with alcohol and substance abuse, please reach out to to the National Crisis Hotline at (800)-662-HELP.

An Open Letter To The Parent That Chose Drugs Over Me