Against Me! - Shape Shift With Me (Album Review)

Against Me! - Shape Shift With Me (Album Review)

How does the Gainesville punk band's seventh studio album hold up? 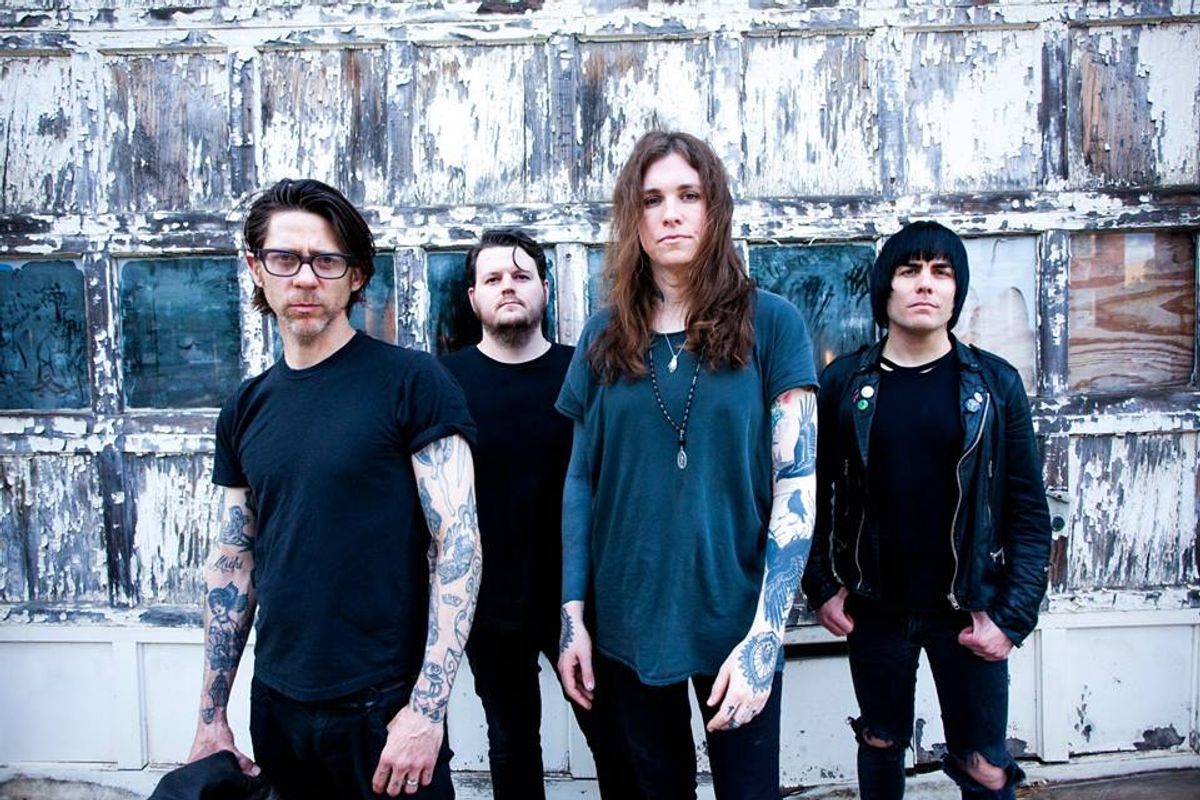 If you know me, you know how much I love the band Against Me!. Like, seriously, I'm obsessed.

I first discovered AM! through an old friend and they got me hooked. I became a fan in January 2015 after binge listening to everything Spotify had to offer for this band. I read everything I could find on them. To this day if you ask me who my favorite human being is, I'll reply Laura Jane Grace in a heartbeat. Once, a classmate told me the only things they knew about me was that my name was Stephanie and that I liked that "Florida punk band". I wish I was kidding.

When AM! announced their seventh studio album, Shape Shift With Me, I was stoked. Transgender Dysphoria Blues is my favorite album of all time and I wondered how it would compare. I also wanted to know- would the album continue Grace's journey with gender identity or would they go back to their Anarcho-Punk roots?

The first single released from the album, "333", was incredible. It gave me major Trans Dysphoria Blues vibes, but it was also different in a way I can't explain. The only way I can describe it was like as if AM! had matured as a band. "Haunting, Haunted, Haunts" was released as a Adult Swim single and right from the opening notes it gave me MAJOR Reinventing Axl Rose vibes. Just when I thought things couldn't get better, AM! released "Crash", along with a visually interesting and creative music video, and I was left speechless. My favorite band was giving me chest pains with how much I loved the new music.

On September 8th, AM! streamed their album through NPR Music's website, and within seconds I was at the nearest computer listening. And my thoughts?

Shape Shift With Me is an love album. Most (hell, all) of the songs deal with the idea of romance in some way, shape, or form. What makes this a little more interesting is that the lead singer, Laura Jane Grace, is a transgender woman, so the songs on this album deal with trying to navigate a love life while also transitioning. So in a sense, this album continues the theme of Trans Dysphoria Blues, just focusing on a different aspect.

This album almost feels like a sequel to Trans Dysphoria Blues. The songs have a similar feel, "Dead Rats" and "Delicate, Petite And Other Things I'll Never Be" being two songs I felt actually should've been on Trans Dysphoria Blues. The lyrics are the album's strongest point, littered with unusual metaphors and poetic choruses. Grace's lyrics are raw and unadulterated, talking openly about having romantic relationships while going through a life changing event.

In short, Shape Shift With Me blew me away- just not as much as I was hoping for it to do. This is an amazing album, from start to finish, and every AM! fan will find something they like and dislike about it. Laura, James, Inge, and Atom put their heart and soul into this album and it shows. Despite my criticism, this is probably going to be my favorite album release of 2016.

I give Against Me!'s Shape Shift With Me a A-.