Actually, You Can Teach Boys Not To Rape
Odyssey

Actually, You Can Teach Boys Not To Rape

We cannot afford a generation full of Brock Turners. 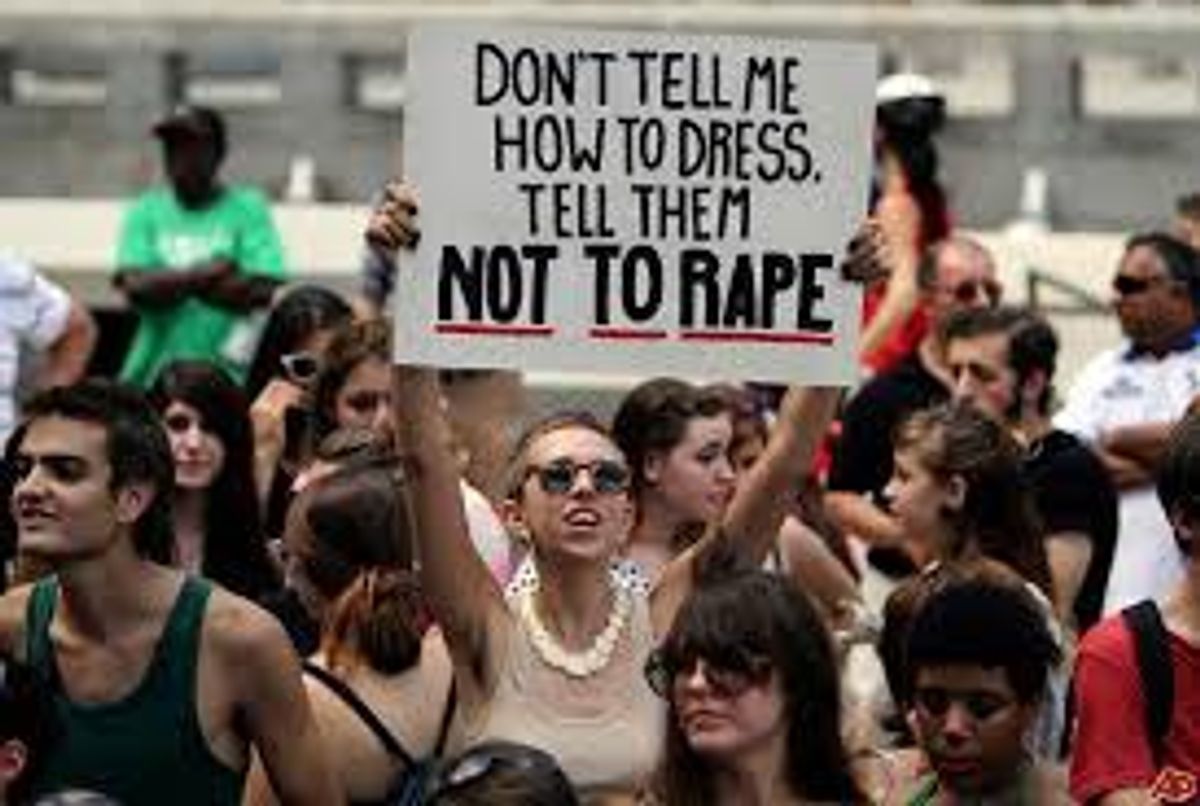 At this point, most of us, if not all, know who Brock Turner is. I think it’s safe to say the mention of his name or especially of the “Brock Turner Family Support” page will make anybody’s blood boil. (P.S. If you don’t know what the Brock Turner Family Support and you’re in the mood to have a minor stroke, go to Facebook and check it out.) I do want to applaud everyone who has taken a stand and spoken out against the injustice in this case. A lot of times, we get caught up in how much the system sucks and we just get bitter and think there’s nothing we can do. However, all of the uproar about the Turner case has been heard, and the “honorable” judge Aaron Persky has been removed from his latest rape case. Petitions have started to have him removed from the bench indefinitely, but for now we have this small victory, and that in itself should be celebrated.

While that is exciting, we also need to examine the problem here. One thing that I loathe more than almost anything else is when someone mentions something about rape culture or how we need to start teaching boys not to rape, instead of teaching girls how not be raped and someone else replies with, “You can’t tell a rapist not to rape any more than you can teach a murderer not to murder someone.” Let me explain why that’s not true. Rape and murder are a lot alike in the severity of the crimes. When you murder someone, you may take their life, but when you rape someone you still kill them, only now they have to live with that trauma forever. However, rapists and murderers aren’t exactly alike.

Rapists are not usually scary men lurking in the bushes. The majority of rape and sexual assaults are done by close family members. Rapists are uncles, fathers, brothers, mothers, sisters. Rapists are neighbors. Rapists are teachers. Rapists are boyfriends and husbands who think that their wives or girlfriends owe them sex simply because that is their job. (I’ve heard stories of middle schoolers forcing their girlfriends into doing sexual things.) Rapists are people like Brock Turner who are successful, popular people who have been told their entire lives that consequences don’t matter. Rapists are everyday people, who were, even unintentionally, raised to be rapists.

So, how exactly do we teach boys not to rape?

1. Teach them to respect women.

That means leading by example. If your son sees you catcalling women or talking to your wife like you own her, what do you think that teaches him? When you say things like “I’m the man and you have to listen to me” you’re teaching him that it’s OK to ignore the woman’s feelings and consent. When he gets to be dating age, remind him of how important it is to respect women. Remind him that she doesn’t owe him anything, and that pressuring her into something is just a bad as straight-up forcing her. Have these conversations.

2. Teach them what consent means.

It’s important to teach consent at a young age. Make sure your child is polite, and don’t ever let them be rude to adults, but never force your child to show affection. If your child doesn’t want to hug or kiss their aunt and grandma or whoever, don’t make them. If you’re tickling them, and they ask you to stop, then stop. Don’t let them think consent is ever not important.

3. Make them take the blame for their mistakes.

I think this is probably the biggest issue in the Brock Turner case. He has never had to accept responsibility for his actions. Enough with boys will be boys nonsense. Hold boys accountable when they do small things and they won’t think they’re just too good to get away with big things.

People are so angry that people are supporting Brock Turner because he had so much potential and talent, but yet rushed to Bill Cosby’s defense? Front Porch Step was one of my favorite singers on this planet, but when multiple girls came forth with the same story, similar screenshots, and voice recordings, I realized that maybe my idol wasn’t all I thought he was. I didn’t rush to his defense and say that over a dozen girls were probably lying. Stop teaching your sons that your accomplishments or status exempt you from anything.

If I hear one more person say, “How do girls expect boys respect them if they don’t even respect themselves?” I am going to scream. A. I determine if I respect myself, not you. B. Boys should respect me because I am a person. Let me remind you, rape is not about sex. Boys do not rape girls because they’re showing their thighs or shoulders. Boys rape so they can feel in control, so they can feel powerful. Every year at Slut Walk (an event designed to increase awareness about rape culture) women show up in the outfits they were raped in. So often, those outfits are sweatpants and baggy shirts and pajamas, because the rapist isn’t concerned with what the victim is wearing. Even if he were, the victim didn’t ask for that any more than a person wearing a nice coat asked to be mugged.

Yes, yes you can teach boys not to rape. You should. You need to. We cannot afford a generation full of Brock Turners. Let’s make sure that doesn’t happen.