9 People From High School You Run Into While Home For Summer
Odyssey
CurrentlySwoonLifestyleHealth & WellnessStudent LifeContent InspirationEntertainmentPolitics and ActivismSportsAdulting
About usAdvertiseTermsPrivacyDMCAContact us
® 2023 ODYSSEY
Welcome back
Sign in to comment to your favorite stories, participate in your community and interact with your friends
or
LOG IN WITH FACEBOOK
No account? Create one
Start writing a post
Entertainment

You fake a grin when you lock eyes 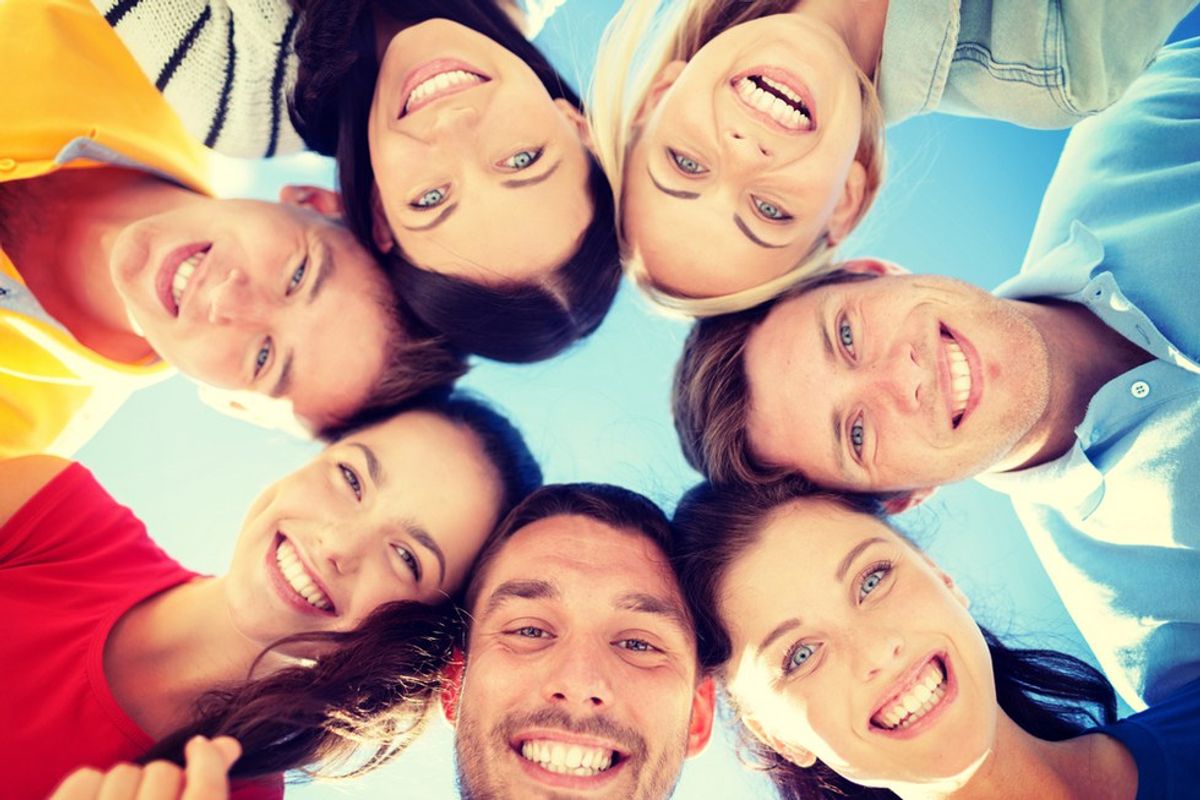 You know Dasher, and Dancer, Prancer , and Vixen, but you forgot the name of the guy with the bad odor from honors English class -- Scott... Bryan? The summer is a time to de-stress without reliving the long awkward days of high school, but alas, high school classmates are abundant in your hometown. Instead of pretending you don’t recognize your peers this year, embrace the uncomfortable situation and make the most of it-just avoid any weird “let's catch up” situations at all cost. Your old haunts are calling, and these are the nine people from high school you will undoubtedly run into this summer break.

Some of the most adventurous adolescent memories involve this character. Your friends used to buy cheap weed from the Slacker, smoke the stuff in their mom’s garage, and saunter over to 711 to buy Slurps and Skittles Turns out, his mom converted the garage into a bedroom and he’s still living there now. While the Slacker might not be your most reliable acquaintance, he’s always down for a good time. Digging further into his life post-high school, he reveals that he tried his hand at multiple vocational schools, but ultimately decided mainstream education wasn’t for him. “Sounds chill,” you mutter into your tall boy.

While you’re out at your favorite bar, you see them: the group of girls who has remained friends since elementary school. Their outfits are eerily similar, and they’re all on stage doing some inappropriate form of dance. Thinking back on high school, you remember them traveling in a pack at all times. Their names rarely deviate from monikers such as Megan, Ashley, or Jessica, and while you know you used to be able to tell them apart, this now seems like a great feat. Overall, they went to party schools and majored in programs like Marketing or Veterinary Science. They’re kindhearted and know how to party, in fact, you heard Megan #2 is a borderline alcoholic. But hey, what’s one shot to celebrate old times?

It’s true that you needed a little extra help to pass calculus in 11th grade (damn derivatives), and the Nerd was there to tutor you after hours in the library. He never caved when you asked if you could simply copy his homework, and it seems his disciplined ways have paid off for him. He’s living in Silicon Valley and sitting pretty as CEO of his app company. You didn’t fully register what he was talking about when he explained it, but it had something to do with taking digital waste and turning it into music. Always kind and excessively sincere, it’s nice to run into the Nerd. And, hey, you could use the business connection.

It was in English class junior year that you developed a crush on the Ex-Flame. She raised his hands to discuss metaphors in “Great Gatsby” and you couldn’t stop gawking at her long hair and deep green eyes. You two went danced together at homecoming once or twice “as friends” but nothing really ever culminated past that.

He probably has a name like “T.J.” or “Alex.” You thought he was bulky in high school, but now with adult wages and easy access to steroids, the Gym Rat has morphed into someone great and terrible. He grips you in a bear hug when he spots you in the mall, and jovially announces that he misses when you two were “bros.” The Gym Rat obviously joined a fraternity in college, in order to surround himself with like-minded fitness junkies, and boasts that he can chug a can of Bud Light in 2.5 seconds. You might not be overly impressed or surprised by his increase in mass, but you undeniably want to see this superhuman beer-chugging feat.

Most of your high school relationships ended dramatically. A passive aggressive text or spontaneous DM was sent that caused your four-month romance to head into a fiery tailspin. High school is dramatic. Relationships can be fucking weird. But magically, the Couple has managed to stay together in the years that followed. Chances are they were passing each other notes throughout senior year about how much they loved each other, to everyone in your history class’ chagrin. They even went to separate colleges and somehow managed to stay together. Their social media accounts have essentially merged into one, including a slew of kissing pictures, and upbeat statuses about their frequent vacations. They seem rock solid, but they also know each other well enough to not take themselves too seriously. The Couple is an anomaly that dating sites will study in future years, the evil scientists behind Tinder trying to crack their code for happiness.

They were your first friend to lose their virginity, take ecstasy, or have a threesome in college. You vaguely recall them telling you about how they spent a summer living in a teepee in Boulder, making vegan salsa and fraternizing with the locals. The Hot Mess is a free-spirited display of indulgence, but nowadays, you’re worried they might have a drug problem. They are smoking cigarettes outside of a CVS, waiting for her 42-year-old drug dealer/hook-up buddy to return from Taco Bell. Their parents fund her nontraditional lifestyle, and they show no signs of resigning to a more standard way of living. You’re excited to see them, but at the same time, don’t want to stand too close for fear of contracting Hep C.

The two of you spent countless hours dissecting your favorite TV shows, talking crap on your peers, and candidly eating out of one another’s fridges. Their parents accepted you as one of their own, and you spent more time sleeping over at each other’s houses than apart. Although you’re not as close as you used to be, you can pick up right where you left off, meaning you’ll be stealing her parents’ cheap whiskey before you know it. The Best Friend is a constant reminder “home” is where your favorite people are, not where you lay your head at night.

Back in the day, they were president of P.R.I.S.M, competed on a varsity sports team, did an excessive amount of volunteer work (probably with kids who had cancer), and still managed to ace all of the A.P. tests. When you bump into them at a bar and ask what they’ve been up to since graduation, they happily chirp that they’ve been working for the United Nations, has successfully launched an Easy store that benefits feline AIDS, and they are married to their college sweetheart. They’re on her way to world domination, and while you can be a tiny bit jealous, you can’t but help feeling a little proud of all they’ve done. Do they have any interest in running for office? They seem more than capable.

(I only did nine because I hate even numbers.)

Nicole Marie Nigro
Individual Creator
3901
c1.staticflickr.com
Where to start...... Let me start with the cliche that life throws us curveballs and what we do with it is what counts.