8 Differences Between The West Coast And The East Coast

8 Differences Between The West Coast And The East Coast

Believe it or not, they're "hella" different 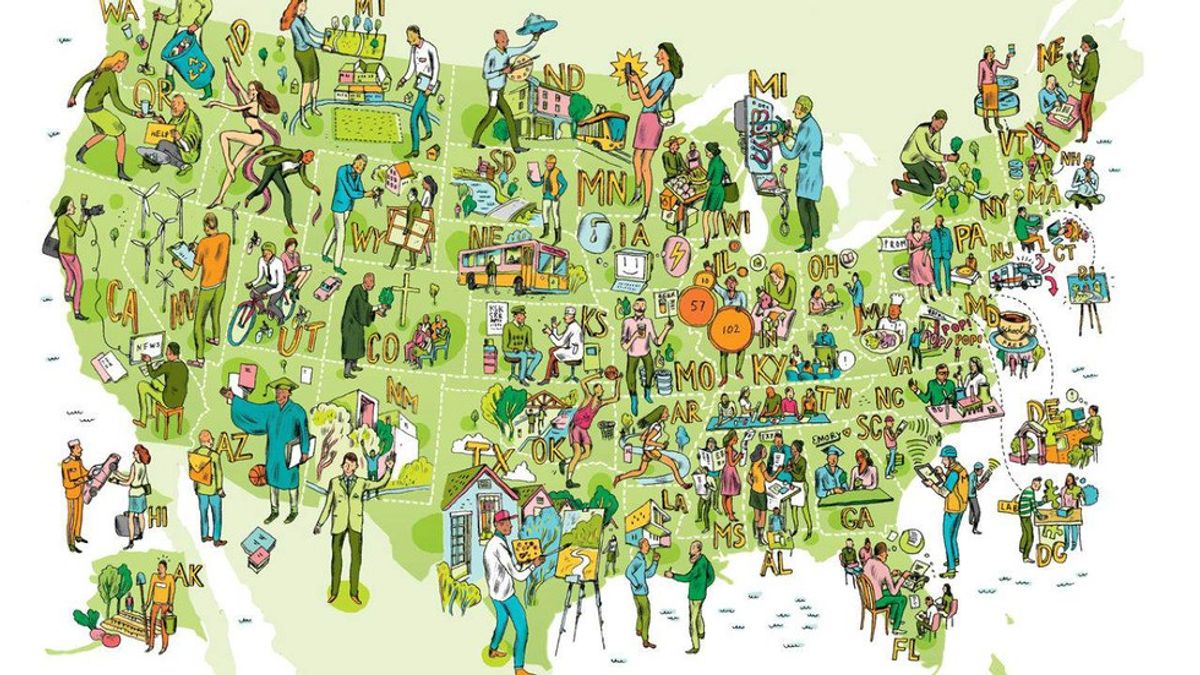 Despite the United State's claim to be one "united" nation, as the third largest country in the world it contains its share of different groups and contrasting customs. Comparing the western and eastern coasts can be like comparing night and day. As a California girl-turned Virginia college student, here are # notable differences between the West Coast and the East Coast.

It is the most uncomfortable thing for someone new to the East Coast. As teenagers we are basically children, and as children we should not be shaking another child's hand when we meet him. What do we do with our hands when we meet someone? We don't pretend to be middle-aged men in an important business meeting.

The thing is, Californians are, how do I put thus...they're @ssholes (and I can say that because I'm a Californian). Meanwhile, I don't think I've opened a door since I got to college; boys are all too eager to open them for me (trust me, I don't mind). People also do nice/civil things here like say hello and ask how you're doing and wait to hear your response. It's wonderful.

Ok, so this point is more for California than the entire West Coast, but it's a point worth noting. California is in the middle of its harshest, driest drought in recorded history. Meanwhile, not only does it rain on the East Coast, period, but it rains in the summer. What kind of weird antithetical rainforest crap is that?!

Want to drive a west coaster to their mental breaking point? Give them a full cart in an East Coast Walmart and make them watch in horror as the cashier puts each item in its own plastic bag. Back on the West Coast, it is hard to find a garbage can at all; instead you get to choose between paper recycling, plastic recycling, metal recycling, and compost. There's a 14 per cent chance that you will sort everything incorrectly.

7. East Coasters don't have to worry about TV spoilers.

Because back in California when a TV finale is on, my friends and I have to turn off our phones and put them facedown on the floor so all you East Coasters don't spoil what we've been waiting for for eight months. Thanks a lot, guys.

Nothing will give a West Coaster more of a culture shock than going from surf shorts, crochet tops and tribal print rompers to polo shirts, colored shorts, and boat shoes. You can't afford to dress that conservatively when it's consistently ninety degrees outside and there's an outdoor concert every weekend.