7 Things We Can Learn About Sleep From Cats:
Odyssey

7 Things We Can Learn About Sleep From Cats:

Uncovering the secrets behind nine lives. 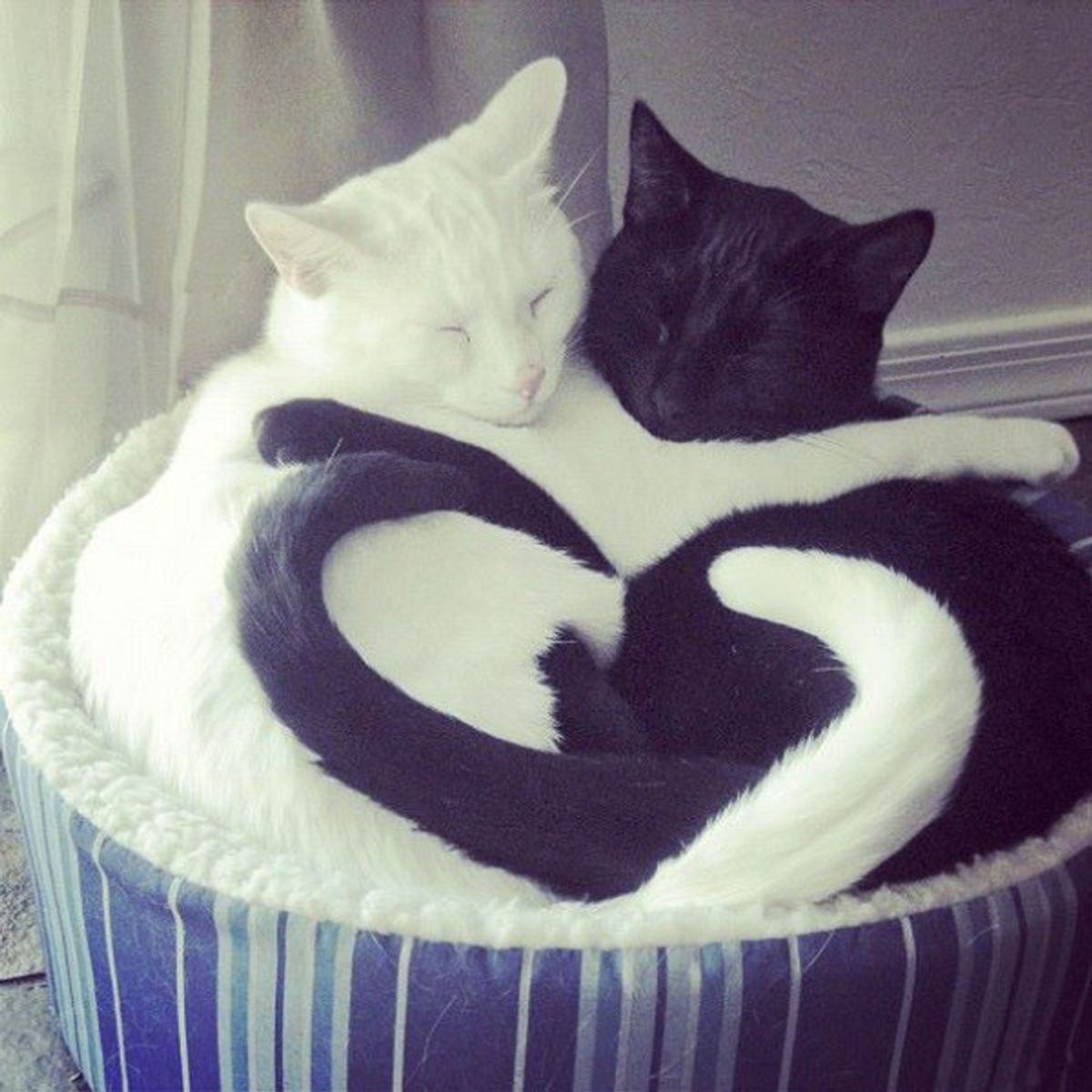 Cats are very interesting and mysterious creatures, indeed. Around Halloween, black cats are probably the most sought after pet. They have a very impressive history with Egyptians, and after being treated as gods, that's most-likely where their regal manner comes from. Of all things known about cats, besides the fact they are frightened by cucumbers, they like to 'sleep around', so to speak.

Before I launch into the connection with cats, let’s come to an understanding about what happens when we sleep:

There are different stages of sleep.

Stage 1: Light sleep is between when you’re first in bed and ready to sleep. You may have experienced the falling sensation in this stage (National Sleep Foundation, 2016).

Stage 2: Onset of sleep is when your body is settling down and your brain is quieting. According to the National Sleep Foundation, this is the stage where your “breathing and heart rate is regular [and] body temperature drops…” which is why it is recommended sleeping in a room with a set cool temperature to aid in falling asleep.

Stage 3 and 4 happen simultaneously and the most happens to your body during the night. Deepest and most restorative sleep helps your body in many different way, which is why sleep is essential to properly function during the day. In just these two stages “blood pressure drops, breathing becomes slower muscles are relaxed, blood supply to muscles increases, tissue growth and repair occurs, energy is restored, [and] hormones are released, such as: Growth hormone, essential for growth and development, including muscle development” (National Sleep Foundation, 2016).

In fact, Stages 1-4 are part of something called NREM, Non-Rapid Eye Movement, which consists of 75% of your sleep.

The last stage is called REM, Rapid Eye Movement, which is 25% of your sleep. Which “first occurs about 90 minutes after falling asleep and recurs about every 90 minutes, getting longer later in the night” (National Sleep Foundation, 2016). In this part of sleep, of course, your eyes are moving a lot, but also energy is being replenished in your body, and your brain is awake and your body is relaxed and immobile. This is when you can have dreams and won’t walk off while having these dreams.

All through the night while you sleep, your body switches between NREM and REM sleep to create the perfect cycle of sleep to rejuvenate you for the day ahead.

So what about cats?

1. Cats sleep much longer than humans do.

Rubin Naiman, Ph.D, and a sleep and dream specialist says, and brings us to my first point about cats and sleep, that “cats commonly sleep between 12 and 16 hours a day — more than most mammals and up to twice as much as humans.” (Naiman, 2013). And Naiman asks the question in his article, “Why do cats sleep so much?”

Cats are members of the predator family, hence being related to the king of the jungle.

Unless somebody's looking to put a domesticated cat hide on their wall, house cats aren't really worried about being killed. Many people suffer from lack of sleep due to feeling unsafe. Naiman's article says that this feeling people get "is linked to hyperarousal, a chronic state of hypervigilance associated with an underlying lack of psychological safety." How do people change their sense of safety? Sleep therapy, or rearranging how you think about life. "Feeling safe and secure is not about denying the reality of life’s risks, but of learning to relax despite them." (Naiman, 2013). In other words, life is always going to be harsh, but it is no use to us worrying about the dangers because we can't change them. We can only change how we think about them.

Any member of the predator family spends some time in the day hunting. They use up great spurts of energy at a time in the intense chase for catching their prey. After such a hunt, cats are going to need all the sleep they can get to rejuvenate their bodies.

4. Cats always seem to have a bed nearby for a powernap.

And they will sleep where they wish to. “If I fits, I sits.” And that could be in the most uncomfortable position ever. That just proves the theory that cats are indeed liquids. With that kind of carefree attitude, not only cats would benefit. People can’t catch up on sleep, but if you’re dead tired in the afternoon, take a well desired nap. It doesn’t have to be too long. Just a half hour can do wonders for a person’s mood, not to mention that even their brain would feel more wake and ready to do the tasks it set out to do.

5. Cats are more active at twilight.

This is the time that you do not want to cross a black cat’s path, if you’re superstitious.

As is said in his article, Naiman explains, “Cats are crepuscular — that is, they are biologically programmed to be most wakeful and active in the twilight hours of dusk and dawn.” (2013). This time of day and night, the sky is not so bright and it is easier for cats to do their bits of hunting and playing.

But listen to what Naiman says next: “One could argue that humans have become “anti-crepuscular” and, consequently, are out of touch with the natural, open corridor that bridges day and night as well as waking and sleep.” (Naiman, 2013). So are we missing out on something by not being more active in the same parts of the day like cats do? Naiman certainly thinks so.

Often we cannot sleep or sleep very little because we are stressed out about something that is happening in our lives that we have no control over. Watching cats play can help us wind down a little. If you don’t have a cat for your own personal entertainment, Youtube is right at our fingertips. Watch a funny cat video and have a laugh. You deserve it!

You don’t necessarily have to copycat your cat. Just experiment. If you notice your cat is sleeping, copycatting could be simply take a nap at the same time. You see your cat having a snack, make one for yourself. If your cat is being hyper, join your cat and play! Even Naiman in his article says, “Experiment with carrying elements of sleep with you throughout the day. Not as sleepiness or fatigue, but in the form of a comfortable sense of serenity, poise and relaxation.” (Naiman, 2013), to make your day as relaxed as a cat’s life could seem to us human beings. Maybe this is just the thing we need to experience to understand how cats have nine lives!

National Sleep Foundation. (2016) What Happens When We Sleep? Retrieved from https://sleepfoundation.org

Naiman, Rubin. (2013, November 10). Here and Meow: What Cats Can Teach Us About Sleep. Retrieved from http://www.huffingtonpost.com

Have something to say or a story to tell? Request to join our Wausau community at https://muse.theodysseyonline.com/apply.

Caitlin Marie Grimes
University of South Florida
10184
Beyond The States