6 Reasons 'The Golden Girls' Is Still The Best Show Ever

6 Reasons 'The Golden Girls' Is Still The Best Show Ever

'The Golden Girls' were ahead of their time. 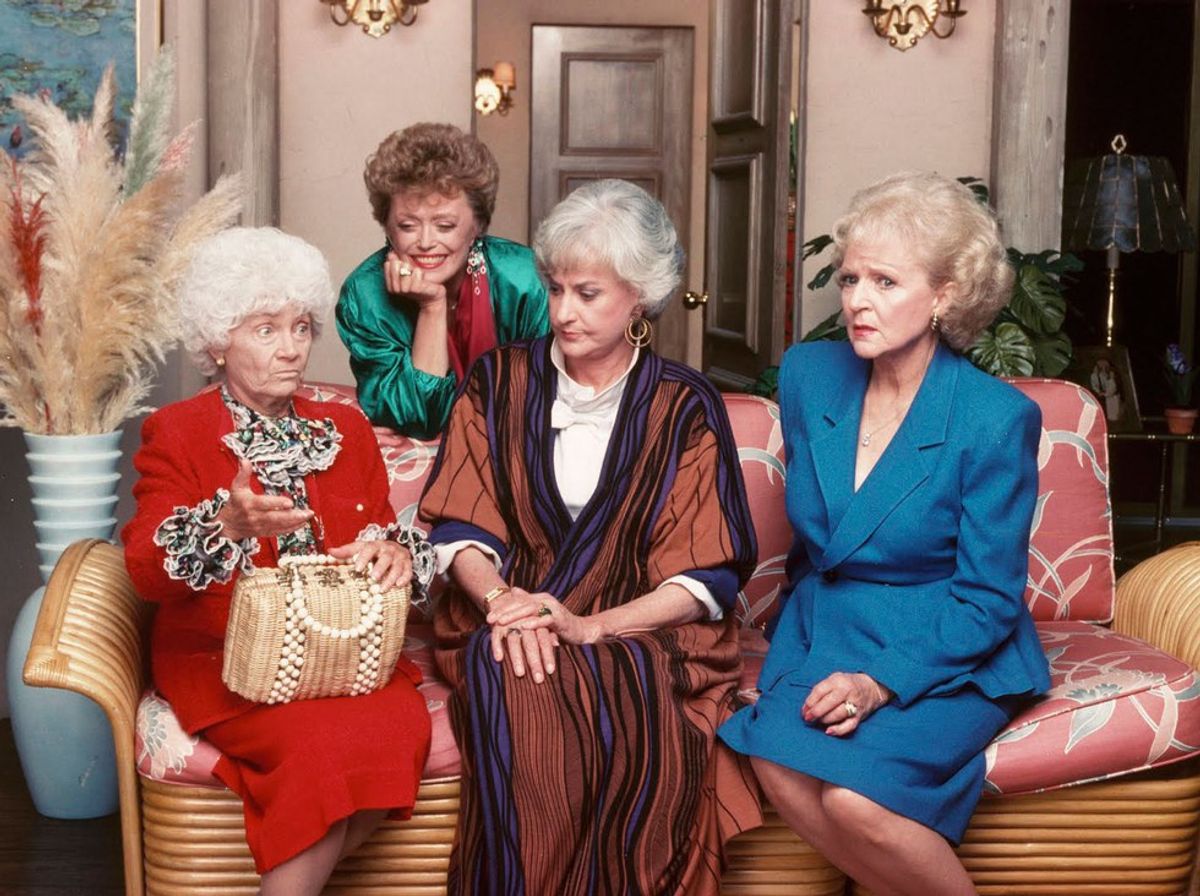 "The Golden Girls" debuted in September 1985, a year before I was even born. In 31 years, our culture and society have changed drastically. Our favorite Miami residents Dorothy, Rose, Blanche, and Sophia were ahead of their time, tackling issues that even today, are totally relevant to topics we still focus on.

Blanche Deveraux is a lady who enjoys the company of a man and has no shame in her game. Sure her roommates may give her the occasional slut shame, but everyone knows its just cause they're jealous!

Move over "Teen Mom," Dorothy Zbornak, the original teen mom is HBIC here. Sure, her mother will NEVER let her live it down, but she's obviously gone on to lead a productive life. Because of this, she was able to help consult the neighbor family whose daughter unexpectedly got pregnant at the age of 16 (with the help of a St. Olaf story).

3.That Ex That Just Won't Go Away

Ladies and gentlemen, before there was the ex that stalked you on Facebook, there was Stan Zbornak, ex-husband of Dorothy. Sure, he cheated on her their entire marriage, hid major purchases from her (Corvette anyone?), and eventually left her for some random chick (don't they all?), so why won't he leave her alone? No one really knows, but there Stan is, trying to either win her back, or make himself at home.

Millions of Americans deal with this, many of them veterans who have returned from overseas. Our resident Minnesota native, Rose Nylund, experienced it after the Girls were victims of a breaking and entering while they were out for the evening. Through out the episode that follows Rose constantly sees danger at every turn, but is finally able to face her fears, with some help from her friends.

Now, we have marriage equality (yeah gay marriage!) and gay culture is very prevalent (RuPaul's Drag Race is my everything), but before "Will & Grace," we were introduced to characters like Clayton, Blanche's baby brother who comes out to Blanche on the show, Coco, their gay housekeeper (who only lasted the pilot #longlivecoco), and Dorothy's college roommate Jean. In every instance, they are met with love and acceptance, though sometimes the later proves to a little difficult at first. The Golden Girls really showed how normal the LGBTQ community is.

The Golden Girls touch base on a lot of things that women deal with on pretty much a day-to-day basis. From Rose being grope by her dentist while under anesthesia, to Blanche's boyfriend staring as verbal abusive (which did turn physical), The Girls showed us every woman can and does experence this. You are not alone. When Rose told the Girls what she thought happened at the dentist, like true friends and fellow humans the pushed her to report it.

Obviously this show is so relevant with the topics it focuses on, the one-liners, shady reads, and cast of characters. Rarely do shows stand the test of time these days, but this is one of the few sitcoms that could still happen today, even though we now have technology like cell phones and the Internet. And in a world were we are becoming increasingly isolated, we still have our Girls: Dorothy, Rose, Blanche, and Sophia.