I have literally NEVER seen a more blatant act of television plagiarism. 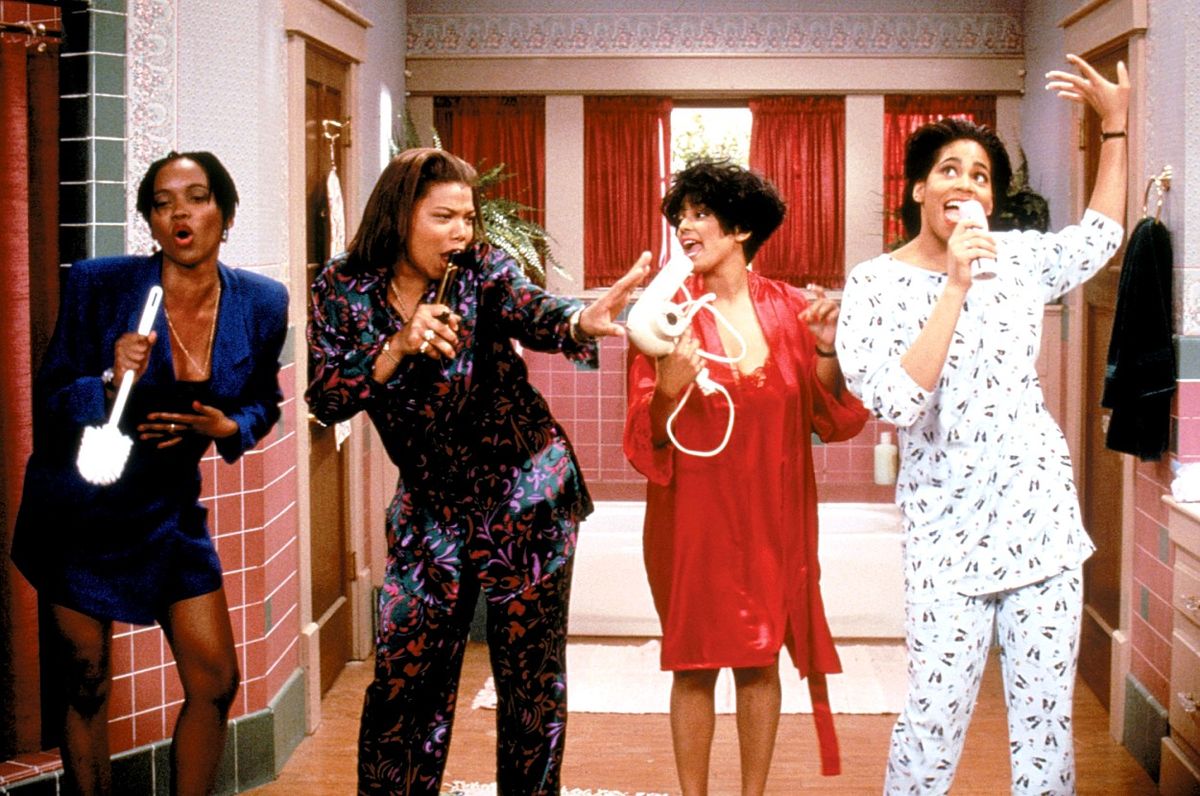 Despite continuous racism and sexism spewing from the White House, unusual winter temperatures and Justin Timberlake's titty-exposing-self bringing us this year's Superbowl Halftime Show, 2018 recently presented us with a gem. A gem in the form of another binge watch show to add to our lists.

After Netflix took down "A Different World," I wasn't sure how I could go on. I had watched the entire series three times, but that wasn't enough. And after the title magically disappeared from the streaming service, a void was left. How was I to go on without my daily fix of educated and hilarious Black professionals on T.V? (Because Lord knows, our white-run media loves to think these types of narratives aren't of truth and value.) Well, in early January, my prayers were answered, it was announced that Hulu would begin streaming "Living Single."

Now, anyone who had seen the show knows that this series was one of the best comedy series' ever written. I promise I'm not being extra. Not only were the characters memorable, but the formula was perfect. But much to my disappointment, as I scrolled down my social media feeds, I saw this question posted literally everywhere...

Two things. A. This is why I say that "Living Single" had the perfect formula and B. This is why I take issue with culture vultures and the gentrification of Black media. Not only did "Living Single" premiere a year before "Friends", but "Friends" is an entire rip-off and everybody Black knows this. Every storyline "Living Single" produced in its first season, Friends re-wrote. NBC completely copied Yvette Lee Bowser's homework and didn't even bother to change any of the answers.

If this were high school, the people working for Turnitin.com would have clenched their pearls. And to pour salt in the wound, "Friends" took home tons of awards throughout its series, including 6 Emmy's, a Golden Globe and a Screen Actors Guild Award. "Living Single's" only set of award NOMINATIONS came at the 1998 NAACP Image Awards, where they took home the awards for Outstanding Comedy Series and Outstanding Actress in a Comedy for Erika Alexander.

So, two versions of the exact same show. The Black version, despite high ratings, gets less than minimal recognition, and the white version becomes a global phenomenon.

Think I'm lying? Check out this clip from Queen Latifah.

And when I say "rip-off," I don't mean "slightly similar," I mean, the writers of "Friends" didn't even try.

It was the gentrification of Black art. They took a script about a group of young Black professionals who shared a Brooklyn brownstone and some laughs and moved it to an apartment filled with white people in Manhattan and I honestly can't think of a more overt act of television plagiarism.

The only difference between the shows, other than the glaringly obvious *clears throat,* was the addition of a coffee shop, the universal sign of "THE-WHITE-PEOPLE-ARE-COMING."

Let's take a look at the similarities between the two shows, shall we?

We can start with the obvious. Both shows take place in New York where the majority of their time is spent in a brownstone or apartment building shared by the groups of friends.

The two shows are built around two family members. Khadijah and Synclaire James on "Living Single" and Monica and Ross Geller on "Friends."

There are two male roommates that live in the same building and spend a good amount of the shows time in the women's apartment. Kyle Barker and Overton Wakefield Jones and Chandler Bing and Joey Tribbiani.

Even their personalities are the same.

The "mother-hen" of their groups, both women are highly ambitious and competitive with creative jobs that require them to "take charge," Khadijah is a magazine publisher and Monica is a chef. Their competitive natures are apparent through Khadijah's love of basketball and Monica's over-the-top aggressiveness in every sport she plays. At the end of their series', both women, after dating a string of men, end up with childhood friends. Khadijah with Scooter and Monica with Chandler.

Sweet in nature, but both naive, ditzy and slightly "off." Both characters have creative aspirations. Synclaire is an aspiring actress and Phoebe as an aspiring singer and guitarist. While Synclaire's character was famous for her catchphrase, " woo woo woo," Phoebe was known for her song, "Smelly Cat."

Synclaire's character can also be seen in Joey as they are both aspiring actors and Joey's character is characterized as being silly and free-spirited.

Both characters are incredibly spoiled and image conscious. While Rachel grew up wealthy with a surgeon for a father, Regine spends most of her time searching for a rich husband. The women also have the exact same job. Regine is a buyer for a clothing boutique, and Rachel becomes a buyer for Bloomingdale's and then Polo Ralph Lauren.

The no-so-bright friend that lives close by.

Both men are highly intelligent executives who are known for their over-the-top sarcasm and witty sense of humor. Kyle is a stockbroker, while Chandler is in statistical analysis.

Much like Joey, Kyle also had a string of dates in and out of his apartment and often used corny pickup line. "How you doin?"

Both fiercely competitive and highly educated. Maxine is a corporate lawyer, turned public defender, while Ross is a paleontologist, turned professor and each no doubt the most intelligent and educated of their groups. They are also both characterized by having on and off again relationships with other characters. Maxine with Kyle and Ross with Rachel.

Kyle can also be linked to the Ross character as they both share the "know it all gene."

Then there are the similar storylines:

I am sure a superfan of both shows can find connections for days, but here are just a few off the top of my head.

1. Both Kyle and Monica were overweight as children...

...and they often teased for it.

2. Both Max and Monica are unable to have children the "regular" way.

3. Rachel finds out that she is pregnant from a one-night-stand with Ross, and Max inseminates herself with Kyle's child.

Both women are initially determined to be single mothers.

4. During the finale of "Friends," Louis Vuitton offers Rachel a job in France, but she famously gets off the plane to be with Ross. Near the of "Living Single," Kyle is offered a job in London...

...but he comes back and reconciles with Maxine.

5. Monica and Chandler got married on "Friends."

Sames as Synclaire and Overton on "Living Singe."

6. Monica and Chandler also tried to hide their relationship from the group...

...just as Maxine and Kyle snuck around.

"Friends" featured a fictionalized version of the popular soap opera "Days of Our Lives", while, "Living Single" created one of its own. So, I guess you can say "Friends" ripped off two shows...

I'm sure the creators and writers of "Living Single" were flattered that there show was loved so much, someone wanted to copy it verbatim, but there's something to be said for the fact that despite its high ratings and impact within Black and Latino communities, "Living Single" received little to no recognition at the time of its original airing, while the "Friends" series received enough backing and promotion to become a cult classic even overseas.

What makes this more of a slap in the face is the can't-be-disputed fact that "Living Single" was just plain funnier.

As long as they can say there are Black shows, they can put them in a Black context and they can discriminate and marginalize the show in it's importance. - Erica Alexander