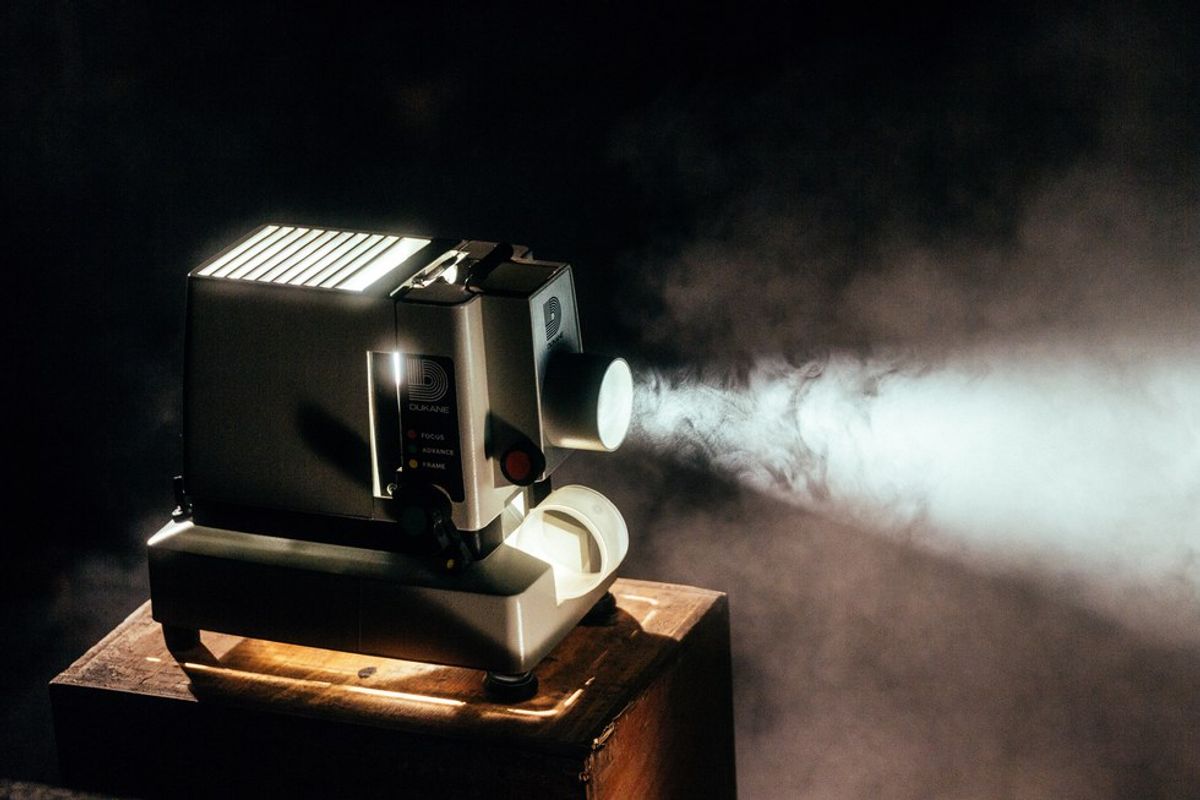 The interesting result has been there are still great Hollywood movies that have Christian themes and ideas – but they’re coming from interesting places.

From filmmakers who left Christian backgrounds but still carry bits of theology with them.

From filmmakers who haven’t stated their religious beliefs.

Or from the few Christian filmmakers who don’t mind being seen as weird.

Here’s my pick of these films:

I knew going into this movie it was co-written and directed by a Christian.

Normally, I’d have been worried.

It turned out Derrickson made a great movie with spiritual ideas but weaved seamlessly into everything else.

There’s no apparent God figure in the supernatural realms Stephen Strange discovers. However, there are many subtle Christian truths in it.

There’s evil in these realms, and that evil corrupts – often physically, as it does to the villains.

Evil can even eat you away, as the final battle shows.

And of course, sometimes healing only comes by submitting to something greater than yourself.

As Nick Olson of Christianity Today noted, Christopher Nolan’s great at making grim movies with light in the center.

This film follows Dom Cobb, a professional thief who steals secrets from people’s minds. Dom wants to be with his family, but authorities think he murdered his wife.

Rather than play this situation as sordid, the movie shows marriage as something positive, as becoming part of a whole, which makes Cobb’s pain even worse.

Then, as Cobb and his team start an impossible heist -- breaking into a man’s mind to implant an idea -- the movie digs deep into the ways we hurt our loved ones. Cobb hurt his wife. The man Cobb’s team must influence was deeply hurt by his father.

As the heist continues and reality bends, the characters face these struggles.

Even when the book series was controversial, Christians such as Charles Colson and John Granger defended it for its Christian themes.

Rowling admitted her books had “religious undertones” -- and they continued in the movies.

Evil certainly exists in Harry’s world, but it doesn’t produce fulfilling, healthy lives -- Voldemort and his followers are anything but healthy.

Nor is evil something easy to understand, with totally good or totally bad people.

“The world isn‘t split into good people and Death Eaters,” Sirius Black asserts in “The Order of the Phoenix,” “We’ve all got both light and dark inside us. What matters is the part we choose to act on.”

Quite a metaphor for sinful nature.

Most notably, light wins in the end. Harry may do some questionable things (which often cause setbacks), but he ultimately wins by doing the noble things Voldemort never would.

Trust me this, will make sense.

Based on Mike Mignola’s comic books, this movie opens in 1944. Nazis have combined black magic and science to build a portal to another dimension, hoping to acquire a paranormal weapon.

The Allies show up at the last minute, and after the fighting, they find something in the rubble: a baby monster with horns, tail, and an oversized right hand made of rock.

The Allies name the monster "Hellboy" and raise him to fight other monsters. The rest of the movie is a terrific mix of H.P. Lovecraft and “Ghostbusters.”

This story plays loosely with the term “demon,” but it ends giving a dramatic metaphor about free will and salvation.

The antagonists keep saying Hellboy’s a monster destined to end the world and he has no choice in it.

Hellboy’s friends (including his Catholic stepfather) keep saying it doesn’t matter where people comes from or what mistakes they make, what matters is the choices they ultimately make.

In other words, no one’s beyond redemption.

As the Wachowskis have said, “The Matrix” has some very religious ideas.

There are Biblical terms (Trinity, Nebuchadnezzar) all over the place.

The main character’s a Messiah figure and the supporting characters are similar to people from Jesus’ life.

Most notably, the movie talks about faith. Morpheus believes Neo’s the One, and Neo must decide if he believes that. In one draft of the script, Morpheus admitted there were people he thought were the One before Neo.

The characters, and by extension the audience, are forced to ask hard questions: What do we believe? Why do we hold onto those beliefs? Is it ever foolish to believe things?

How does a prison movie become a hit? A hit so large it tops IMDb.com’s list of greatest movies, made up for its disappointing release with massive video sales, and is one of the most popular movies on cable TV.

One reason is hope.

Stephen King has a funny relationship with Christianity. As he once told Rolling Stone magazine, he believes in God but feels that organized religion’s “a very dangerous tool.”

King’s stories tend to attack Christianity but have heroes who know spiritual truths.

In this movie, Andy Dufresne may live in a prison whose warden distributes Bibles with one hand and destroys people with the other. But Andy never despairs.

As one Guardian journalist noted, Andy becomes a Christ figure, symbolically freeing his fellow inmates. At one point he plays music over Shawshank's intercom and “for the briefest of moments, every last man at Shawshank felt free.”

Add the more obvious metaphors -- Andy’s worship-like pose as he stands outside Shawshank, Red describing him as a man “who crawled through a river of [filth] and came out clean on the other side” -- and you’ve got a surprisingly spiritual movie.

Feel free to leave a comment about your favorite movie with Christian ideas in it.