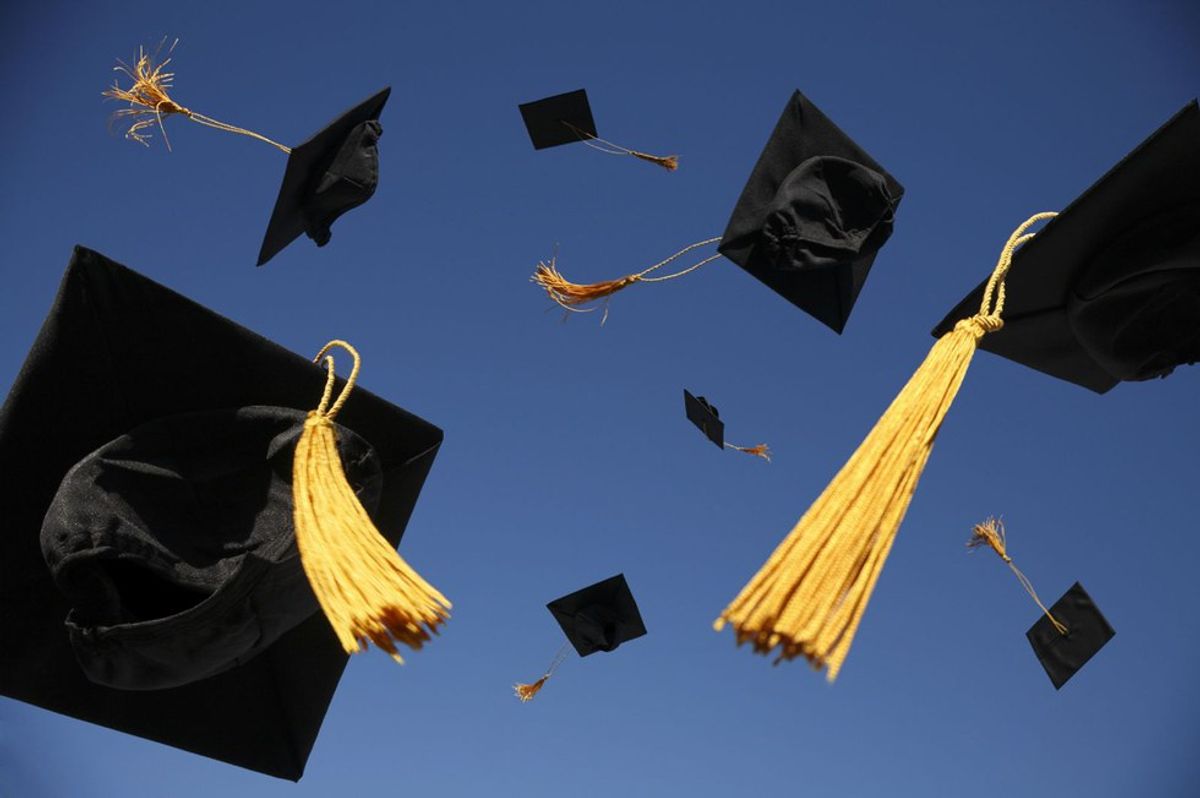 I’ll begin with a short story. On my first day of high school I walked into the cafeteria and asked three girls who looked pleasant if I could sit and eat lunch with them. They nodded but minutes later they all had moved to a nearby table leaving me alone. This set the tone for the rest of my high school existence.

I always said that I would only go to a high school reunion if I were doing really well in life. I said this for a number of reasons. For one, I hated high school and would love the chance to show my former classmates what they missed out on by ignoring me for four years. I imagined my grand entrance as follows: I would walk into what ever crappy hotel ballroom they were holding it in and all heads would turn in slow motion as I walked in. My fellow classmates would whisper how they couldn’t believe a successful lady like me was able to make time in her busy schedule to attend a meager reunion.

Well, it’s been about five years since I graduated high school and my petty fantasy looks to be just a--poor--figment of my imagination.

Since I graduated high school I’ve taken a similar path to many others my age. I went to college, got a degree, and now I currently wait idly for a job in that field--or in a similar field. During college I studied abroad and got the chance to travel but before all of that happened I was seventeen and counting down the minutes until I got the chance to leave my personal hell--high school.

I’ve blocked a lot of high school out. Though whether psychologically blocked or just forgotten is to be determined. Regardless, I hated high school and begged my parents to homeschool me. They refused but compromised and let me dual enroll so I was given the chance to leave school two hours early everyday to take classes at the local community college. For someone who hated being in high school, this was a pretty good compromise.

I try not to think those high school years because it doesn’t define me. It made me grow a tougher exterior, sure. However, Paul J. Hagerty High School did nothing to mold my present existence.

Once I graduated high school, I planned on getting out of Florida. I planned on doing a lot of stuff, actually. I wanted to make a name for myself. That’s not what happened, though. Ultimately I went to the university a mile down the street from the very high school I just graduated from, and as a means of saving money, lived at home.

Definitely not the “look at me now, suckers!!!!” expectation I had for myself. Don’t get me completely wrong, I’m proud of the fact that I went to college and I’m grateful for the chance I had to travel. I know not everyone has these opportunities so I’m happy for what I’ve done thus far.

But five years ago, I was anticipating much more for myself and I’m agitated that I have yet to live up to those expectations.

As I scroll through Facebook, I see a lot of people who still live vicariously through their high school days. They hang out with the same group of people and most likely pretend that no time has ever past. I truly feel bad for those people who never felt secure enough to step out of their bubble.

And, if I scroll through Facebook a little more, I see a batch of former classmates who now have careers and live in bustling cities. They live in Chicago, New York, Los Angeles and it’s near impossible to not be jealous or admirable of their success. These are the people who make it known that they were able to “get out” of their town and want everybody to see their glamorous lives through filtered cityscapes and beyond.

Finally, I see those who have gotten married, are engaged, or have or are having babies. This makes me feel old and reminds me of my lack of success in the dating market so I quickly scroll past that.

But most of the people I see from high school aren’t on Facebook and they are in fact just shopping around local stores in town. In a cinematic-like experience, I walk out of the store as they walk in and we both stare at one another acknowledging the fact that we’ve seen one another before in a different area of life. Sometimes I’ll politely smile at them and other times I look away, not to be malicious, but rather because I’m embarrassed.

I hope I attend my tenth high school reunion. If I attend a reunion in that crappy ballroom then that means I’ve finally reached a level of success that I’m comfortable with. Maybe it will be personal success, like I landed a model husband, or maybe it will be occupational and financial success, like I landed my dream job. For now, I have five more years to figure it out and this time I’ll live up to my expectations.