Get excited for the new year, it's sure to be a good one! 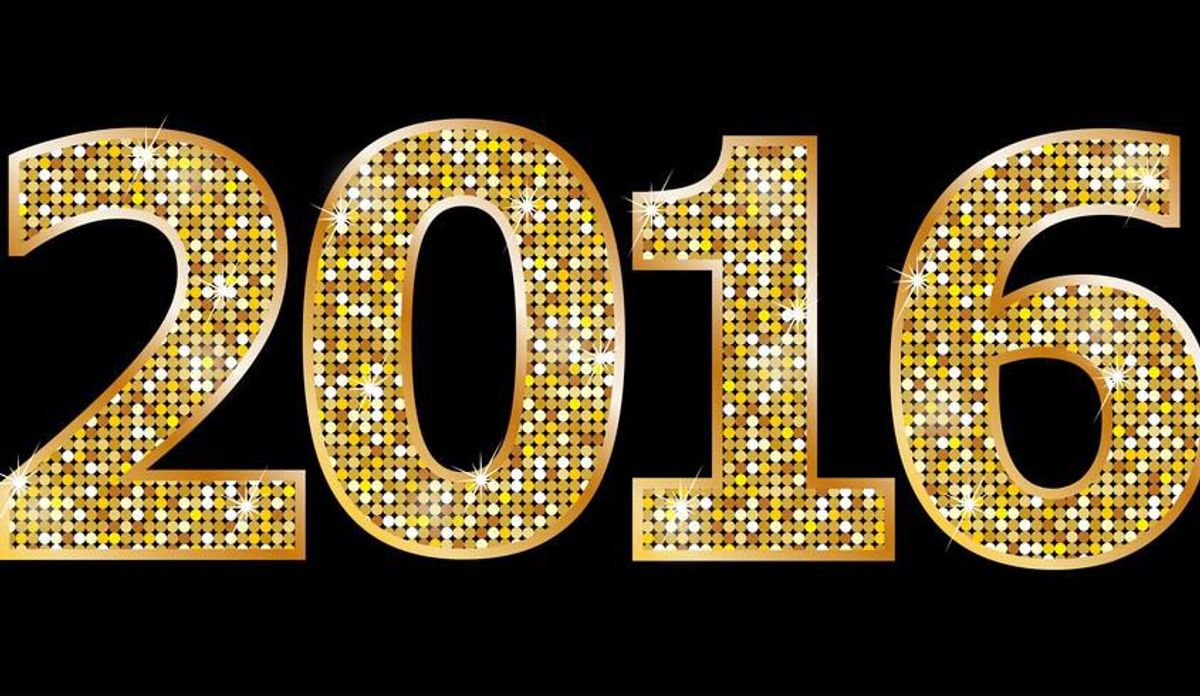 It is hard to believe that 2016 is right around the corner, wasn't it just 2007? With all of the issues present in our country right now, 2016 is a year that will need to bring about big change. It is an unpredictable year, but here are a few positive things we know are going to happen in the coming year:

The long talked about presidential election will occur next year on November 8th. Who will take Obama’s place? Will it be Hillary Clinton? Bernie Sanders? Jeb Bush? At this time in America, we are in desperate need of a leader who will make the decisions needed to improve the safety of our country. We have so many issues in desperate need of attention right now: ISIS, gun safety, police brutality/racism, Syrian refugees,etc. I encourage everyone to please be informed on all of the candidates before you vote in the primary and the final election. We NEED everyone to take this seriously as it affects the future of our country. Personally, I am excited for the election as it will end the constant presidential advertisements and the arguments on Facebook. Although, if Donald Trump wins, I will be moving to Canada.

Is there anyone that hasn’t been waiting for this moment since Finding Nemo came out? The sequel to arguably one of the best Disney movies will arrive on June 17th, 2016. The story is said to follow Dory, the forgetful friend of Nemo and Marlin on her way to finding her family. While it has been thirteen years since the release of Finding Nemo, this movie is still a long awaited film and I believe we all have high hopes for it. Honestly though, what movie could be bad with Ellen Degeneres in it?

The 2016 summer olympics will be set in Rio de Janeiro, Brazil. Personally, the olympics aren’t something I am super psyched about, but I AM excited to see Michael Phelps compete in his last ever olympics. I mean, what girl doesn’t love watching Michael Phelps? In addition, there will be two new sports competing at the olympics this year: golf and rugby. Not the most exciting sports, but if you’re a fan then you’re in luck! Tune in August 5th, 2016 for the opening ceremony.

Season 20 of The Bachelor will begin on January 4th, 2016, and with the sexy and sweet Ben Higgins as the man seeking love, it is sure to be a great season. If you don’t already watch this show, I would suggest you start. You will be hooked as you become attached to the girls swooning over Ben and you will cry as your favorite girl is not given a rose, but that mean girl is. As shallow as the plot of the show may be, I guarantee you will not regret watching it, even if just for a good laugh. Anyone who watched Kaitlyn Bristowe’s season of The Bachelorette will agree that Ben Higgins could not be a more perfect bachelor. With his heart and looks, there will sure to be many heartbroken girls this season.

While there is no confirmation of a new iphone coming out in the new year, we all know that a year never passes by without one. It is said that it will be available in the second half of 2016 with new features such as a 3GB memory upgrade, it will be waterproof, and much slimmer. Unfortunately, the company may make the phone so slim that a normal headphone jack will not be available on the Iphone 7. Instead, it may be replaced with a lightning port that requires an adapter to connect your old headphones. While this is a downside to the rumors of the new device, I think the waterproof feature makes up for it- no more freaking out when you drop your phone in the toilet!

These five events are just a few of the things to look forward to in the new year. 2016 is sure to bring surprises, and hopefully good fortune for the countries that are in dire need of it. With just a few more weeks of 2015, make sure to make the most of it- you will never have this time in your life back.

May 2016 be filled with happiness, peace, fortune, and no more unnecessary killing.