5 Things The French Do Better Than Americans
Odyssey
CurrentlySwoonLifestyleHealth & WellnessStudent LifeContent InspirationEntertainmentPolitics and ActivismSportsAdulting
About usAdvertiseTermsPrivacyDMCAContact us
® 2023 ODYSSEY
Welcome back
Sign in to comment to your favorite stories, participate in your community and interact with your friends
or
LOG IN WITH FACEBOOK
No account? Create one
Start writing a post
Lifestyle

5 Things The French Do Better Than Americans

They have gelato, crepes and Nutella-stuffed croissants in France. Need I say more? 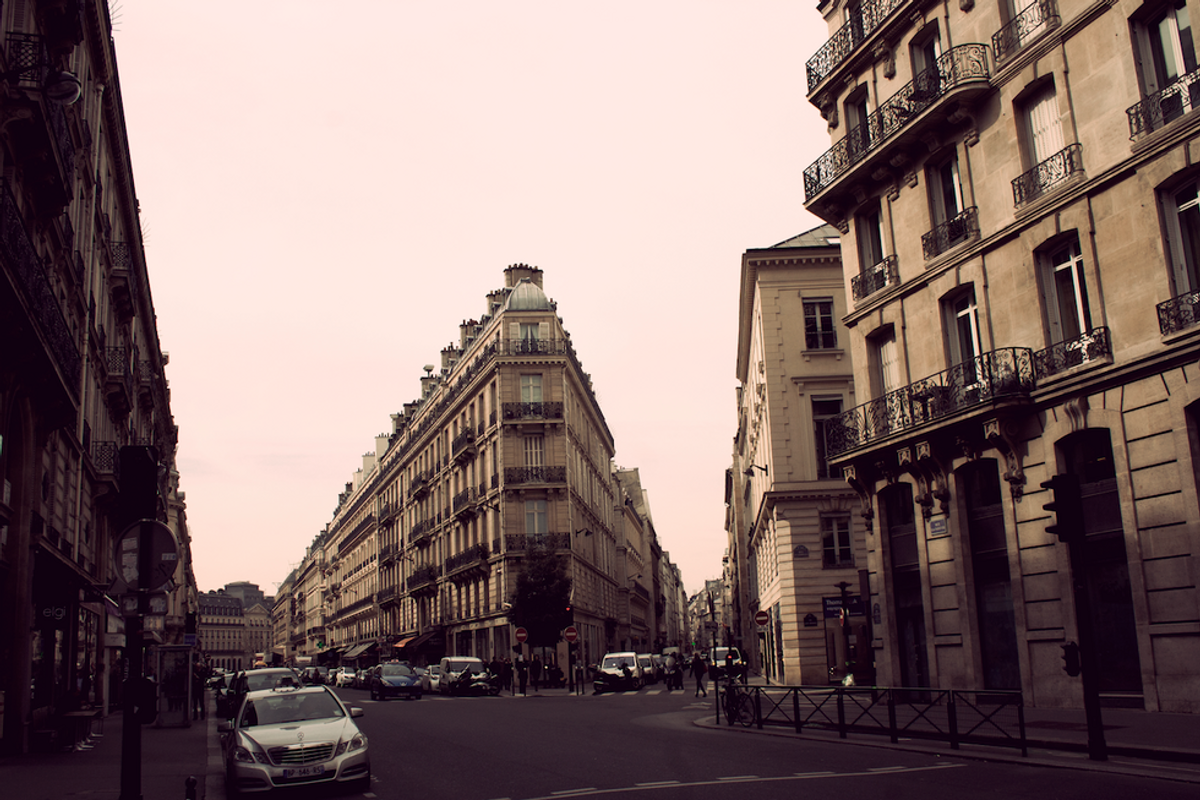 I'm not going to lie, I would kill for a bacon, egg and cheese from New York City. I miss being able to shower for longer than 10 minutes. International data plans pale in comparison to carriers in the United States. Cigarette smoke hangs over Aix like a cloud. Plus, "Mad Men" isn't featured on Netflix in France.

Other than those minor oversights, the French pretty much have the perfect lifestyle. I can honestly say it will be harder to adjust to living in the United States again when I come back in December than it was to adjust to living an 8 hour plane ride from home.

The French aren't necessarily better people, but Americans could definitely take some lifestyle tips from their daily habits. These are just some of the things where the French have us beat.

We all know how sacred a 21st birthday is in America, but in France, 18 is the age to celebrate. Anyone in France can legally drink and buy alcohol at age 18, and they're better off. So many people in the United States use fake ID's to illegally buy alcohol, sell alcohol to minors and get into bars at night. Even without a fake ID, a lot of college students binge drink in their dorms before they go to a house party so that they won't have to worry about trying to get into a bar.

Conversely, 18 year olds casually sip on a drink and catch up with friends for hours before going to a club. The French students I've met here don't drink to get drunk like many students in America -- they drink to socialize. They dance like crazy without being drunk, hit on other guys or girls without being drunk and have the confidence to do so many more things Americans can't do without the aid of an entire box of wine.

The French don't exercise in the "normal" American sense. They don't go to a gym and spend hours doing "leg day" or running on a treadmill. Instead, they take yoga classes, dance classes, hike up a local mountain, bike or do pilates in the park. There are very few people that even go for a run through the streets -- my kind of people.

So how do they eat such great food and stay in shape? All of those aforementioned classes, for one. They also walk everywhere. Even if the destination is a 40 minute walk, the French bust out their most comfortable shoes and make the trek. Not only do they get to exercise, but they have a much better view than a TV attached to a treadmill.

As much as I loathe the 5 minute shower, it's so much more cost and energy efficient. In America, I spend anywhere from 20-25 minutes in the shower. That's a lot of wasted water. I also do two separate loads of laundry twice per week and run the dishwasher whenever possible. Not in France! Laundry happens once per week and they avoid running the dishwasher too often. Lights get turned out immediately after leaving a room, even if you plan to return to that room 5 minutes later. Paper towels don't exist, they use hand dryers instead. Small lifestyle changes probably conserve so many wasted materials Americans sometimes take for granted.

Breakfast in France is very light. They call it a continental breakfast, so there's typically coffee, juice, fruit, toast, jam and a choice of cereal or yogurt. That's it. No eggs, pancakes, bacon -- not even French toast. All of the food is fresh from different farmers markets that happen every day in the city of Aix. Lunch is a very large meal typically eaten around 1 p.m. A lot of boutiques and stores close from 12-2:30 p.m. so they have time to eat their lengthy meal.

Dinner in France requires a minimum of one hour at the table. With my host family, my roommate and I eat dinner at 9 p.m. and typically we leave the table almost too full to move around 10 p.m. Dinner is an event in itself. Meals aren't as much of a necessity as they are in the United States. In France, meals are for conversation, debates and filled with life. Nothing could possibly represent the French culture more than a meal.

Plus, they have gelato, crepes and Nutella-stuffed croissants in France. Need I say more?

Most college students in France don't have class on Friday, so every weekend is a three-day weekend. On Sunday in Aix specifically, you can't even go to the grocery store because it will be closed, along with almost every other business in the tiny city. Sunday is considered a day of rest, so nothing stays open and the French relax and spend time with family. Not to mention that no matter what day of the week, every night is a party. The French fill bars and clubs Monday through Saturday.

Not only are many everyday habits laced with history and tradition, but they're respected and acknowledged every day in France. These 5 differences are small, but they have a great impact on the French culture as compared to the American culture. The French and Americans developed as two different cultures for obvious reasons, but there definitely could be room for improvement with some advice from our bread-loving friends to the south.