I may be from the South, but I'll push you out of my way in my Lilly dress all the same. 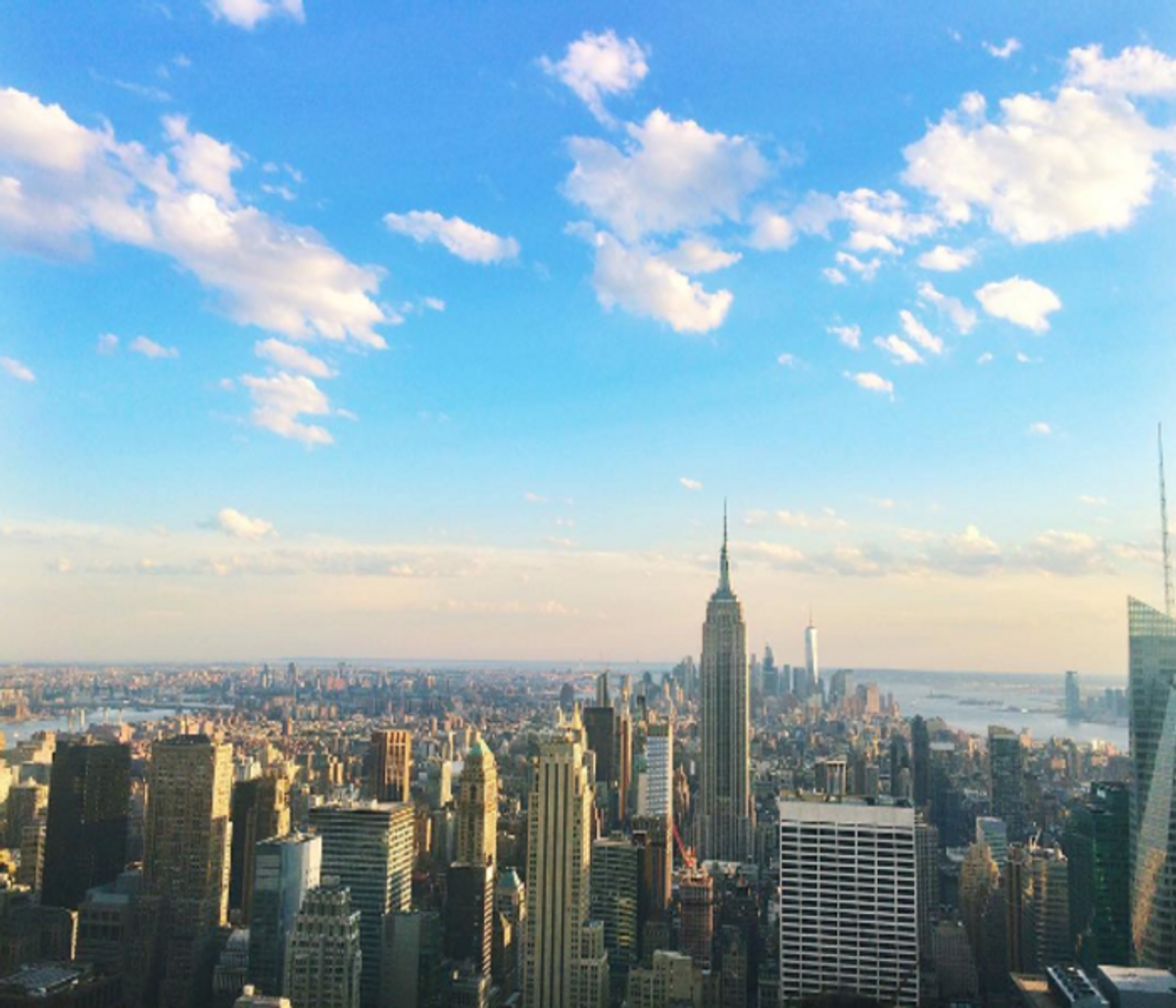 A few months ago, I was offered an internship working at Odyssey. The kicker was that it was in New York City, a city vastly different than where I'm from. I accepted it and decided to go full force into the unknown. I wrote an article about 24 questions I've Googled about living in NYC and here I am, at the very end of my internship, and those questions have been answered.

Slowly, but surely. The first day in my apartment I set out to Fairway, apparently the cheapest grocery store in the city, and had a little bit of a meltdown. It was the first time I had grocery shopped all by myself with nothing else to eat and the feeling was a little bit overwhelming. Being a mile away from my apartment, I called an Uber and found my way home. From there, grocery shopping is all about getting a little bit at a time and getting a bag or two on your way home.

Um, no. Not really. I wouldn't dare have a car in the city because 1) anxiety and 2) IT'S MANHATTAN, PEOPLE. I would rather count on a cab driver or Uber to just get me where I need to go. I mean, I love the city, but driving through it isn't as beautiful as it can be in other parts of the country.

Duh. They have EVERYTHING.

Two words: STUDENT HOUSING. But other than that, that's a struggle New Yorkers will always have.

This one took me a few weeks to figure out, but um, have the map memorized. I could tell you what's closest and what's not in a second.

99 cent pizza has changed my life for the better. Or for the worse. Not really sure. But what I am sure of is that it's really freaking good.

NEW YORK CITY BAGELS HAVE CHANGED MY LIFE. I'm so serious. I'm so sorry to anyone I ever made fun of for loving bagels here. They have my whole heart.

I hate myself for asking this question. This is some of the hottest weather I have ever experienced in my whole life. I have never sweat so much.

Yes, but on rare occasion. And honestly, I like those times of smiling because they are more genuine and mean so much more than fake smiles in the South do sometimes.

Slowly but surely. I love having the subway system figured out to a tee and knowing which train will get me where and when. The real shocker? Being able to give people directions myself.

New York City is unlike any other place in the world, let alone any other city in the state.

BECAUSE ALL OF THEM ARE SO BUSY.

Refer to #5 and #7. I am #broke, so no, nothing like Gossip Girl, except when you sit outside on the Met steps.

Sadly, no Carrie Bradshaw moments for me.

Remember the episode of "Friends" where they talk about Phoebe being a mugger and how she stole Ross's notebook? It's a little more like that.

It once was, but sadly isn't anymore. It's okay, though, there are lots of other great places to get coffee.

Perhaps! I accidentally walked through the set of a Matthew McConaughey movie. A friend stood next to Yoko Ono with no clue it was her. The option is always out there!

I may be rocking my Lilly shifts in the street, but you better believe I will knock you out of my way if you're standing in the middle of the street. MOVE, people, MOVE.

Just sticking to Manhattan here, folks. I'll dabble with Brooklyn, but I do love Manhattan and its convenience of well, everything.

Point blank: the East River and the Hudson River. And they're wildly beautiful.

You do it with the realization that everyone came from somewhere. New York City can be scary but you have to realize that most people didn't necessarily grow up here and are from all over the world.

This summer has been the best of my life and I'm so happy to have gotten through it with such an amazing company with the most amazing people in such an amazing city. Thank you, Odyssey, for giving me this experience.

Want to read more about my experience interning with Odyssey? Read more: Urban Dictionary: Odyssey Edition, 10 Reasons Why You Should Never Move To NYC, and 8 Signs You're Probably An Editorial Intern.