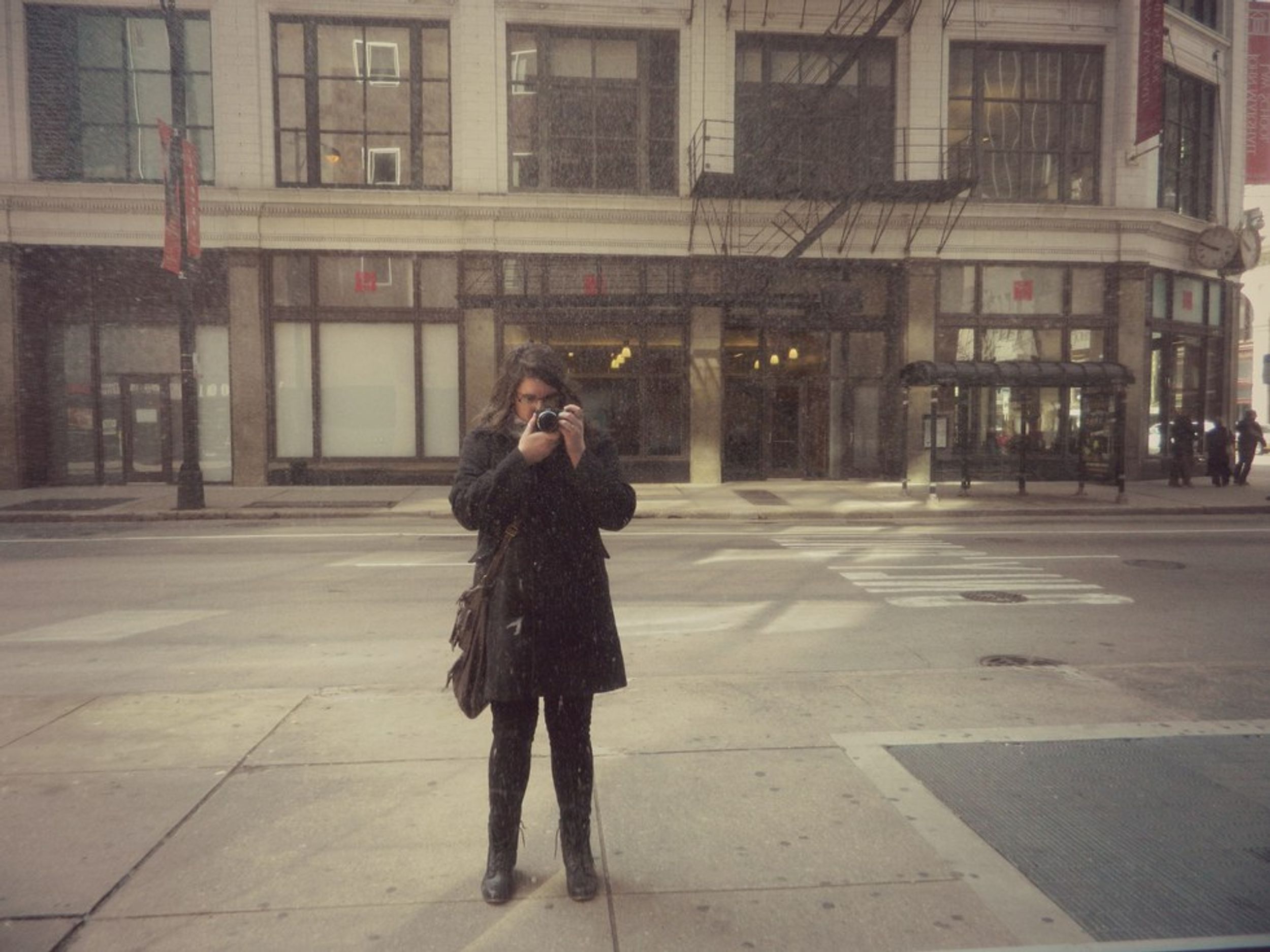 We have less than a week left in 2016, and of course, I'm going to take some time to reminisce on the last 365 days. I am not the same person I was a year ago, and a year from now I'll be contemplating how life has unfolded from this moment in time.

1. I stood up for what I believed in.

I was proud to stand with Rand (Paul) and support his candidacy for president. That all happened before the Iowa caucus occurred in February, and afterward, he left the race. And while that was disappointing, I considered it to be just another step in the journey. Liberty does not hinge its name on one person, but rather it is something to be spread far and wide--something that needs to be ignited in the minds of those around us. I was asked who I would next support since my candidate was out of the race, but I decided that I was out of presidential politics this go around. I thought I would again focus my time on local endeavors throughout the state, on things that will advance freedom in Iowa--because our liberties we prize and our rights we will maintain. But that also became less frequent as I also realized that I needed to focus on myself and my personal goals; only when we start with peace and growth in our own lives can we then go and positively impact the world around us.

2. I continued to stand up for what I believed in.

Later on in February, I had the opportunity to spend the day at the Capitol to show support during a subcommittee meeting regarding legislation for medical cannabis and also had a chance to observe a subcommittee meeting on a bill in regards to civil asset forfeiture. These are both issues that are of great importance in my opinion, and important issues within the great state of Iowa. While others may have focused on national politics during this presidential election, it was (and is still) also important to remember there are many local issues that are in need of our attention. We can choose to be a voice that will define the future. And I chose to focus on the important local issues of medical cannabis and civil asset forfeiture and more within Iowa because our liberties we prize and our rights we will maintain.

3. I stepped outside of my comfort zone.

I took my first solo adult trip in March of 2016. I had tickets to go see Trevor Noah live in Chicago, so I set out on an adventure. I had just gotten my first promotion at work this year earlier in March, so I decided to splurge on a nice hotel room downtown Chicago. I realized that Thomas Jefferson's quote is true: "One travels more usefully when alone because he reflects more." Early on in this adventure, my phone died--I was left with my camera, my watch, and my memory to navigate the Windy City alone.

In 2015, I had been involved with a start-up where I thought I was going to quit my job here and move across the country for this other "opportunity"--I had bought the car with the intention of doing just that. At the end of 2015 and beginning of 2016, those plans fell apart in a bad way, so I started slowly letting go and focusing on what was in front of me. The final way I knew that was part of the past and life had completely "closed the door" on that chapter of my life, was how I was involved in a car accident in April. I was able to continue forth in the journey, knowing that everything happens for a purpose; this was just another experience for me to learn, grow, and mature in life. And throughout that whole entire experience, I had peace. I let go of the past and was happy where I was at.

5. I learned to focus on the present moment.

I read a lot of books in 2016; one author I grew fond of was Thich Nhat Hanh. He had written several books highlighting the similarities and differences between Christianity and Buddhism. One of my favorite quotes of his was a mantra:

"Breathing in, I calm my body.
Breathing out, I smile.
Dwelling in the present moment
I know this is a wonderful moment."

I have spent a lot of my life dealing with worry, anxiety, and over-thinking. This year, I let go of the past, I let go of plans that had gone awry. I embraced the present moment; I embraced my current job and started building a career. I adopted a dog, and we spent much time walking to a local park or driving to local lakes to soak in the natural beauty. When we focus on the present and stop worrying about the past or the future, there is much to be enjoyed.

I fulfilled a lifelong goal to visit England in October. I took a week and a half off work with my paid time off I'd been saving and flew "across the pond" to go explore London. I took day trips to Colchester (as it was advertised as the oldest recorded town in England) and Hastings (because a good friend of mine later moved there to be a missionary). It was an eye-opening, relaxing, adventurous experience. And I would do it again in a heartbeat. My perspective during and after my travels was one that led to self-discovery. Such as the pivotal moment on my trip where I stood on the beach-side pier in Hastings; I was able to dwell in peace and reestablish some balance in my life, after months of stress and hard work preceding my vacation. I was able to independently experience whatever I wanted to, keeping my own schedule, and being free to explore at my leisure.

7. I set my intentions and achieved greatness... eventually.

When I started my current job, I thought I was only going to be there for a couple months. A couple months turned into a couple years--I will hit my two-year mark with the company in January 2017 when I started as a temp, and two years "officially" in September 2017 when I was hired on as a "real" employee permanently. At the beginning, I hated where I was at in life. But by the end of 2015 and beginning of 2016, there was a shift; I started setting goals once I was hired officially with the company, and started to love my job and the people I work with. This year, by setting goals and achieving goals and repeating, I received three promotions within my role, and then applied, interviewed, and was offered a new job promotion that I started at the beginning of this month. After this year, I am very excited about my future career and the foundation I've been building over the last couple years (albeit unwillingly at first).

8. I've learned from the past, and I'm ready to take on each new day.

I've never been one for "New Year Resolutions," but this year I think I'm going to set some. I know I have some personal areas of focus, but I can set some goals and set some intentions in my personal life, much like I was able to at work this year.

2017 is just another year in the calendar. But it also will be a year where I can continue to let go, dwell in the present moment, embrace who I am, be flexible through change, learn by experience, venture out of my comfort zone, and set goals to achieve greatness.

Here's to the future!

Caitlyn Morral
St Bonaventure University
4067
Wordpress
Odyssey recognizes that mental well-being is a huge component of physical wellness. Our mission this month is to bring about awareness & normality to conversations around mental health from our community. Let's recognize the common symptoms and encourage the help needed without judgement or prejudice. Life's a tough journey, we are here for you and want to hear from you.