20 Lessons I Learned Moving To Barcelona From The US
Odyssey

20 Lessons I Learned Moving To Barcelona From The US

Tips on adapting to Barcelona before you lose your mind 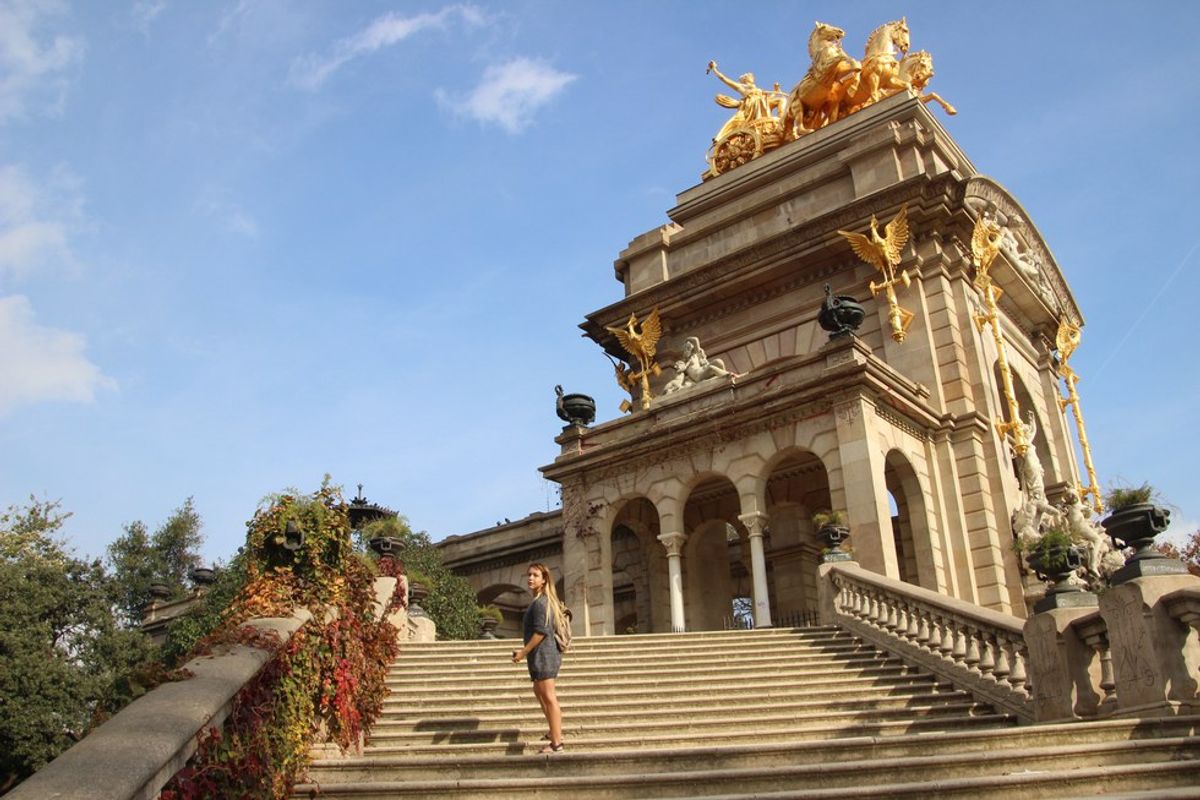 Barcelona - a gorgeous, fun-loving city that never sleeps and always has a beer at an arm's reach. I spent the past seven months roaming the narrow streets of the Gothic, rocking red lipstick and getting carried away in romantic flings on balmy nights. This isn't my first rodeo though - having survived Barcelona back in 2014, I came back for more of the madhouse awesomeness that is this city. Here are 20 lessons I learned moving to Barcelona from the US.

1. If you think you'll sleep, you're kidding yourself

For most who spend a summer in Barcelona, the word “schedule” is void of all meaning. Beers at the beach quickly turns into an evening glass of cava, a few tinto de veranos at a late tapas dinner, midnight beers at Plaça Reial, a few cocktails at Sugar, shots at the Moog till sunrise and then a 24/7 rave someone told you about...you see where I'm going with this. Get your Z's before coming over here.

2. Doubt everyone, even if it sucks

After having not one but two landlords disappear with my and my roommates' deposit money and friends lie about their entire life history, I think twice before trusting anyone. I hate to be that way, but the melting pot that is Barcelona will chew you up and spit you out if you're even slightly naïve.

Neither would phone calls. Unlike the US, where all formal communication is handled through our beloved Gmail, here you have to walk into a company/store/bar with your CV in hand and a ton of confidence. After struggling for two and a half months, I was finally able to hustle up some pocket money at the very end of the summer by literally going into every store and flashing my CV to the manager.

4. It's incredibly easy to exercise, so you have no excuses

That's right, “no gym membership” is never an excuse to let yourself go. Between hitting up the Barceloneta workout spots, hiking up Montjuic or even swinging at the hundreds of playgrounds, as long as you want a six pack, you'll get it.

5. Tourists are a necessary evil

As much as I hate to have to elbow my way up la Rambla on my way to a job interview, fact is that once the end of September lull hits, a ton of jobs disappear. No more pub crawl salesmen, less baristas and tour guides. It's a tough choice - tranquility vs. money. Hopefully, we'll come up with a middle ground for that one.

6. You'll have the best legs of your life absolutely effortlessly

Because you'll be climbing dozens of steep stairs every day. Floors don't just go “1, 2, 3” here. You'll have to hike up entresuelo and principal before you even catch a glimpse of the first floor. If you live on the third floor, that basically means the fifth and some nights you'll just prefer to cuddle up on the aforementioned stairs instead of climbing them.

7. Speak Spanish, even if you sound like an idiot

Newsflash: speaking Spanish will always make you feel stupid at first (especially if you're stuck on US high school level), but if you really want to integrate yourself in the city, understand the locals and get better deals - you have to start speaking.

I guarantee you'll never be alone unless you purposely hide at home. Sit at any bar (guy or girl) and you'll be chatted up in less than 5 minutes. From Silicon Valley investors to Elvis Presley doppelgängers, international marketing gurus and world travelers - you'll be amazed at the friends you make.

9. Don't piss off the bouncer at Jamboree

Or Macarena. Or Marula. Really, always kiss the bouncer's ass if you'd like to party happily all summer long.

10. Working in nightlife is crap

Sure, it seems super fun at the beginning - drinking all day long, talking to people and occasionally hooking up with coworkers, but the truth is that working in nightlife will exhaust you and kill whatever motivation for a career you may have. Plus, these gigs are rarely certain, so don't be surprised if you wake up penniless one day.

Seriously, meet people the old-fashioned way. The most you'll get out of Tinder is some hot tourist visiting town for a weekend and even if sex is good and conversation decent, he'll catch a flight back home sooner than you know it and you'll be scrambling for a booty call. Instead, talk to the cute guy at the bar or let a handsome local buy you a drink at the vermouth bar. Make lasting connections.

12. Relying on the police is usually just wishful thinking

I've had to go a bunch of times and first of all, if you don't speak Spanish you'll have to wait for three hours instead of 30 minutes. Secondly, chances are the officer typing up your denuncio will just say “joder” and bluntly tell you that you'll never get your stolen item back regardless of whether you were pickpocketed or your apartment agency screwed you over.

13. If you don't have internal discipline, you'll be a hot mess

Remember the partying cycle I mentioned? Yeah. If you don't have the will to wake up before noon and eat some vegetables, you'll waste your entire summer sleeping till dusk, drinking excessively and blowing all your money on stupid shit.

14. Only tourists go to the beach clubs

15. The fact that bocadillos are the most convenient option doesn't mean that's all you should eat

Because they add up quickly and your bikini bod will vanish quicker than you devour the manchego cheese off that jamón sandwich. Yet, living off of those for a month turned out to work better for my figure than my typical US diet.

You're a fool if you pay the asking price. That's only the starting point for negotiation and this principle applies to most things - clothes, trips, even food.

17. Take advantage of the nude beach, but for god's sake - use sunscreen

18. Generally, you don't have to dress up but if you do, people will treat you better

People stroll pretty casually around here, as we walk everywhere, but if you pack a pair of black heels in your bag and whip them out at the line for Opium, your chances of getting in quicker will increase by 100%.

Though many places take them, smaller shops still don't or have a 5 Euro minimum. Do yourself a favor and always keep a 10 handy.

I'm talking Park Güell, la Sagrada Familia, the Barceloneta, Tibidabo, etc. - don't avoid them altogether, just pick a good time of the day to go to beat the crowd. Try early mornings - nobody here wakes up before at least 8am.