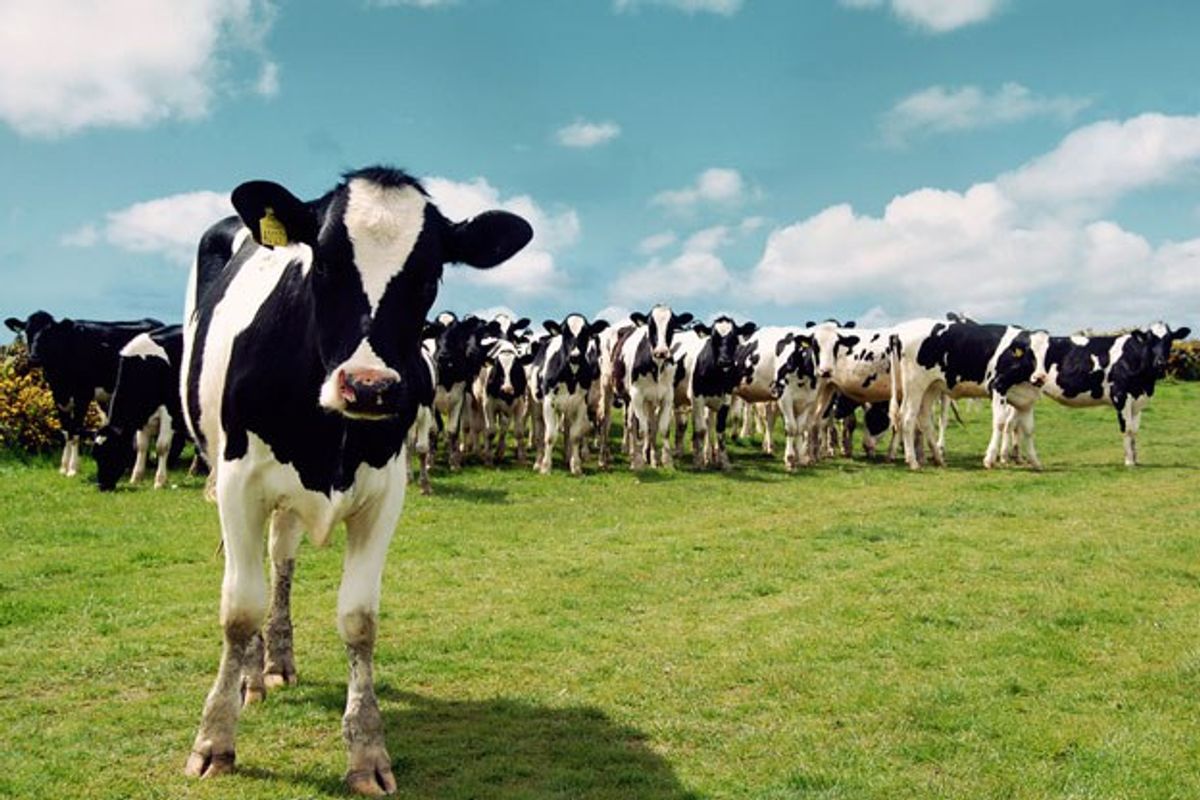 June is dairy month, and to celebrate, here are 20 moovelous fun facts about dairy cows and dairy farms. So grab some ice cream (with whipped cream of course) and enjoy!

This is because their eyes are on the sides of their head, and have horizontal pupils.

It's not just those on the farm...This includes milk haulers, workers at processing plants, veterinarians, nutritionists...

That's enough to fill (or even overflow) a bathtub!

7. 99 percent of dairy farms are family owned and operated.

8. The cow has one stomach with four compartments.

The rumen, which can hold 50 gallons of food to be digested; the reticulum, collecting any hardware accidentally eaten; the omasum; and the abomasum, which is the closest to a our human stomach.

9. The amount of calcium in one eight oz. glass of milk is equivalent to 1/4 cup of broccoli, or seven oranges, or six slices of wheat bread.

I think the glass of milk sounds the most appetizing.

10. The average American drinks 25 gallons of milk every year.

12. It takes 21 pounds of whole milk to create one pound of butter.

13. It takes three gallons of milk to make one gallon of ice cream.

14. Cows can smell things from six miles away.

15. Cows have 32 teeth, which are only found on the bottom of their mouth.

They do this because they regurgitate their food, and chew their cud (or regurgitated food) for about eight hours a day.

19. Every year, dairy cows in the United States produce 21 billion gallons of milk.

That's a lot of ice cream!

Currently, farmers are getting paid an average of $15 per hundred weight. (Dairy farmers get paid by the pound, not by the gallon.) 20. When you buy a gallon of fat free milk at the store for $3.89 (on average), the farmer only gets about $1.32. And don't forget that the cream from the same gallon of milk went to make other dairy products such as ice cream and butter.

Hopefully you learned something (and enjoyed your ice cream). Next time you go to the store (since I'm sure you now need to restock on ice cream) don't forget to thank your local dairy farmers!

And the dairy cows.