19 Feelings Only Golfers Will Understand

19 Feelings Only Golfers Will Understand

When it's not just a sport, but a lifestyle 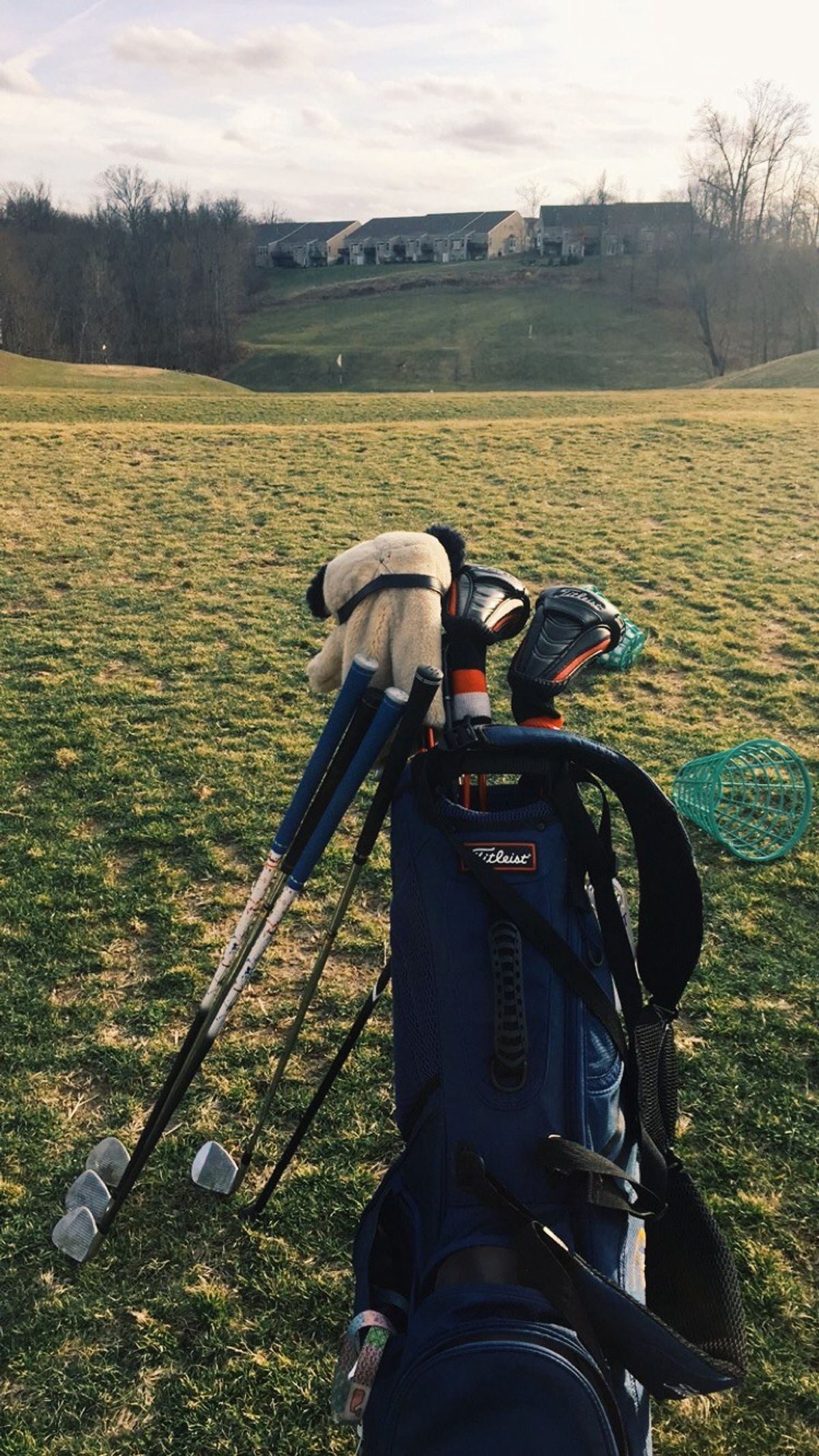 Golf is a sport that everyone should attempt at some point in their life. It is a game made for the young and the old, men and women, the weak and the strong. It is a test of all your abilities, exercising both mental and physical strength. Whether you are the casual weekend golfer, a professional on the course every day, or somewhere in between, these are 19 feelings that everyone can relate to when playing a round of golf.

1. The little club waggle you do before you address the ball

Whether it's adjusting your feet, regripping the club, or shaking your hips, we all have that one little weird tick that lets us know we're ready to go.

2. The pain of taking a putter to an ankle

There's no recovering from the oddly painful feeling when accidentally hitting your putter on your ankle. You try and walk it off, but the pain feels unbearable and you know you'll be limping for the next four holes.

It doesn't matter if it was for birdie, par or double, you've never felt more like a failure than when you miss that itty bitty putt that makes even the best rounds a disappointment.

4. The reality of attempting any sort of trick shoot

You know you and your friends have tried it. No matter how much you want to deny it, it happens and more than likely you failed epically, sustaining a few injuries and no cool video to show for it.

5. Talking to your ball as if it can actually understand you

We've all yelled at our ball. Maybe it was telling it to sit so it wouldn't go over the green or telling it to get down to avoid that tree, either way we've all gotten to that point in a round where we're yelling at our balls as if they're actually going to listen to us.

You've tried everything in your power to hit the ball just like he does in the movie but haven't found a way to do it. Instead you've just found a new way to whiff, shank or top the ball.

Probably was because you actually hit the ball straight for once or made a 10-footer for par, either way you get that warm fuzzy feeling that just makes you do a little dance.

8. Any time you see a little kid that can hit the ball better than you

You only wish you'd started as young as they did and can't help but get a tad bit jealous when they hit the ball straighter than you.

9. When you're finally old enough to get your own cart

You've waited forever for the day where you can sign off on your own cart and don't have to walk those dreaded 18 holes anymore. You try and drive it up every hill and through every nook and cranny of the course, anything to avoid walking too far.

If you didn't club twirl after a great shot, did it even happen?

11. Wondering what would happen if an animal stole your ball

It'll most likely never happen, but that one time you lost your ball you definitely internally debated if it was a possibility.

12. That one shot, hole or round that made you question your entire golf career

We've all had that moment where we've debated throwing our bags in the lake. You've probably gone through at least three wedges because you've snapped them over your knee. Golf brings out the anger hidden in every person sometimes.

13. Taking that unplanned trip to the beach

No one likes a sand shot. It's that one vacation you wish never existed, there have been one too many blades, chunks and moments of defeat happening in those bunkers.

14. Watching someone swing who has never golfed before

It's so painful and makes you cringe; just like how, why, what do they think they're doing. You want to help them, but you know it's pointless because some people are just too far gone.

15. Withdrawal during the winter season

When snow is on the ground and you haven't seen green for months, you're just itching to get back out and play no matter what the weather. At the first sight of sunshine or even just a little bit of grass peaking through you're dragging your butt back to the course.

16. When the old men play in front of you

Not only do they think they're better than you, they plan to tell you just how good they are if you get stuck on a tee box with them. Everything they do is slow, and you know you're in for a long round if they tee off before you.

17. The joy of majors season

You have every date saved in your calendar, and you have bets placed on who you think will win. It's the most anticipated four weekends of the year, and you'll be glued to your TV waiting to see who comes out on top.

18. When anyone tries to argue with you that golf is not a sport

"How hard can it be? You're just swinging a stick? Where's the running, and no one's hitting each other? How is this a sport?" You've heard it all and nothing makes your blood boil more than someone who knows nothing about golf insulting your life like that.

Sitting in the clubhouse after your round reminiscing about all your great shots and drinking to forget the bad ones is every golfer's favorite past time. No matter how bad every other hole out there went, you can always depend on the 19th one to be the best.