I can officially vote in my first election ever!!!! Oh I forgot, I'm a legal adult now... 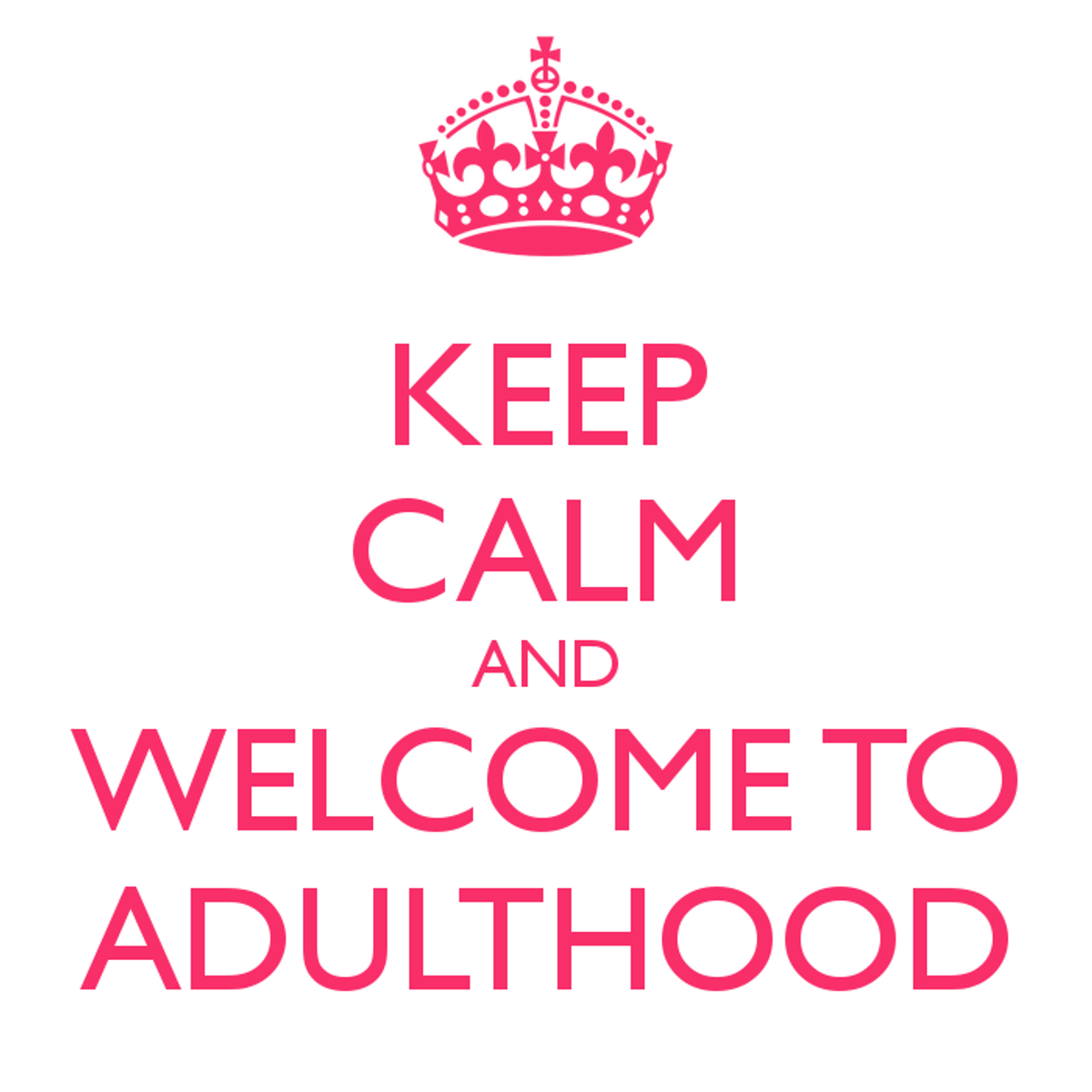 Being 18 has it's pros and cons of course, but it was the year that I learned the most. I was finally legal enough to vote, be an "adult" and that about it...But, for me, it was more than just those things. I got and had to learn some hard truths about life and people.

1. Not everyone shows you the "real" or "true" them; they only show you what THEY want you to see

It's pretty upsetting when someone whom you've known for so long doesn't turn out the way they've been projecting themselves for all these years.

2. Get to know people before you share things with them

Just like in #1, people aren't also true to you, so before you share profound and personal things, it's important you get to know them well. You'd be surprised what you find out. I sure was.

3. You can't rely on others for your own happiness

I talked to this nice guy a few months ago, and I was just like "you're a weird species"... But, they do exist, and they're amazing individuals. Patience and less anticipation.

5. Be real with yourself

It took me so long to realize that my ex-boyfriend was never going to change. I didn't even want to believe it, but when I did, I told myself never to feel in denial again. So from then on I learned always to follow my heart and not to let anyone manipulate me otherwise.

I have a planner, a calendar in my room, two white boards, three to-do-lists and a reminder on my phone to help me get through the day, week and month. I'm constantly updating it. And no, I'm not forgetful, I just like to be organized and planned. That's what being an adult is... right?!

7. Always go with your gut feeling

I tend to ignore my gut feeling especially when it's something I don't want to believe that is true, but it's not healthy. Whatever it tells you, it is usually correct (hopefully). My gut feeling pumped up some scores on some tests too... Wish I went with it in high school more often.

8. I love having independence

When I started college, I had so much independence. Not that I didn't before, but now it just feels so good because I'm studying what I love (Psychology and Criminal Justice), working, and from time to time have a social hour or... six...

9. It's okay to be selfish once in a while and to put yourself first

I struggle so much with putting myself first because that is not who I am. I mean there is a reason I want to be a law enforcement officer in the future. I love to help others and make sure they feel good, even if it means I have to put aside my feelings. But, I realized I need to take care of myself as well and make sure that I am capable of having a healthy mind so that I can continue to help others in the future.

10. The people who you thought were your "friends" were never real friends, to begin with

High school taught me that there is a difference between, classmates, teammates, acquaintances, friends, and REAL friends. And, after I graduated in June, I left high school with very few REAL friends. Till this day, I keep in touch with a couple, but of course, it's hard because all of my real friends are out-of-state, or 30+ minutes away.

11. Getting involved and trying new things is better than binge-watching show (sometimes)

Being involved in political and social issues this year was one of the best things ever. When I advocated for public schools in September, I knew deep inside my heart that I made the right choice. The irony of it all was that I wasn't going to talk, but then I got this little sensation in my chest that told me to "SPEAK." Later on, I knew that my voice contributed to something that was in the interest of public teachers, students in public schools and more. So it was nice to get out there, protest and speak for a good cause, instead of binge-watching on Netflix even though I love it so much!

I'm still struggling with self-love, but I believe it is one of the most powerful kinds of love. I feel that to love others; one should at least love or acknowledge themselves first.

13. Life gets harder, but there are many rewards in between to make up for it

Being an adult can sometimes suck, especially when you're busy with 243747 responsibilities you have to take care of, but some good things happen in rewards for all those tears, hard work, and late night study sessions.

Never again... I am not doing that again.

15. Asking for permission at 18 isn't even a thing anymore

After a couple of months, I just stopped asking my dad for permission to go out and would just say, "Hey, I'm going out quick. I'll be back at *inserts time*." Perks of being an adult, huh...

Not everyone is good, but the people that are indeed good seem underrepresented sometimes. And the more, I become more aware of my environment it just provides more theories for my hypothesis to be correct.

17. When you rush things, it will leave faster than when it came

Let things be how it's supposed to be because the more you try to change it; it will just leave. Think of the analogy "Slow and steady wins the race."

18. Even the people you love the most and that you thought would be there for you (forever), will hurt you

It's hard, but it's the truth. It happens a lot, unfortunately, but you have to learn just to accept it and move on. Or if you refuse to stay hurt like me, tell them they hurt you and then move on. But understanding that this happens was the most real thing I've ever experienced at 18.