17 Signs You're From Durham, North Carolina

Much love for The Bull City. 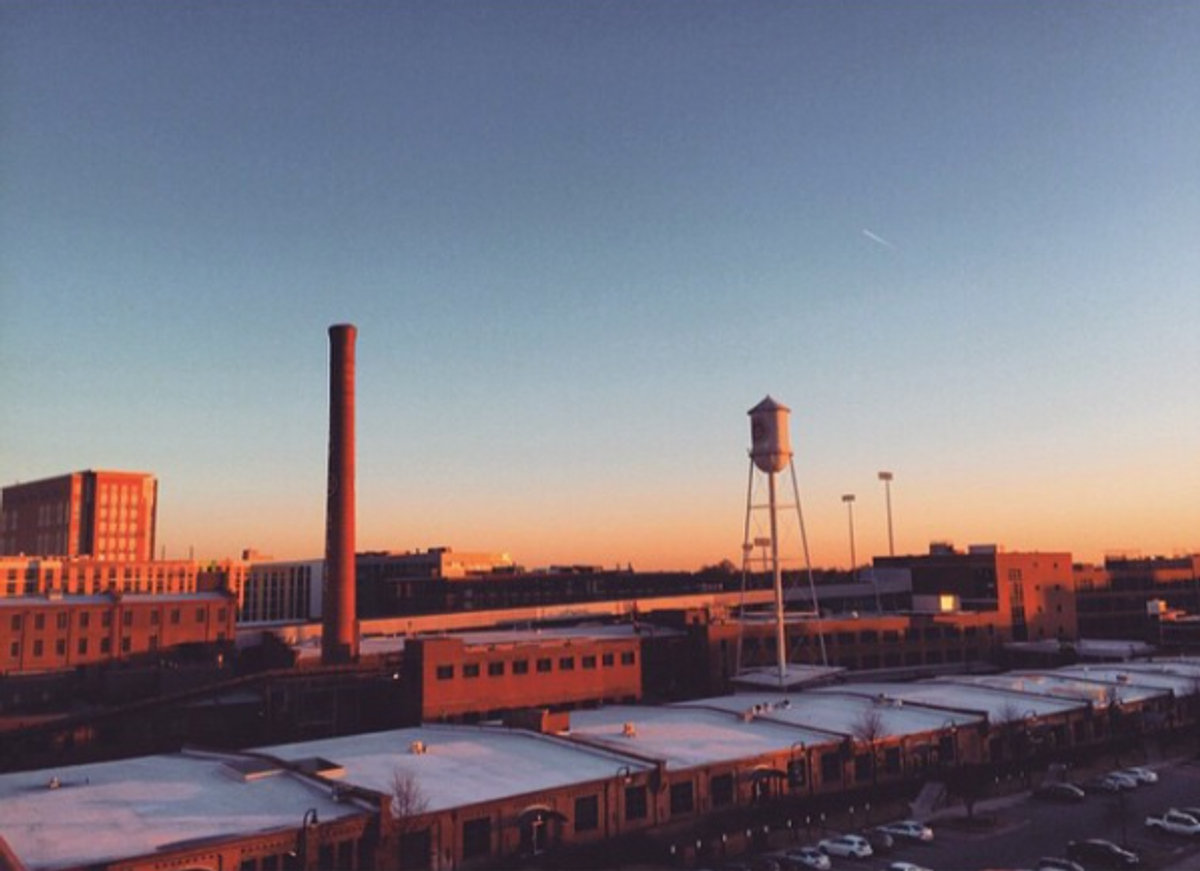 Durham, North Carolina is unlike any other southern small town. A town of over 200,000 thousand somehow has a small town feel. From its little, crunchy downtown area full of independently owned restaurants and shops to its vast beautiful woodlands and fields, Durham, North Carolina is the place to live. Here are some signs that you’re from the Durham a.k.a the Bull City.

2. You know all about the legendary Cameron Indoor Stadium and Cameron Crazies.

There no "nose bleed" seats in Cameron and every seat is a great seat. And, you can always count on the Cameron Crazies, who are seated right up against the court, to keep the stadium very rowdy.

And the fantastic movie made about the Durham Bulls baseball team, Bull Durham, may be one of your favorite movies and, if not, you've at least seen it a handful of times.


Not many towns can claim that their minor league baseball team was the focus of a Hollywood movie!

The Duke Gardens has been named one of the best botanic gardens in the country.

It’s the New York City Broadway show experience, but instead you get to do it in your favorite city. No wonder the DPAC is often rated as one of the top one or two ticket selling venues in the country.


6. Beyond just getting to watch live shows, there are many other opportunities to enjoy art performance. Durham is the home to the nation’s premier modern dance festivals – the American Dance Festival.

ADF brings amazing dance performances and education to the heart of Durham.

7. You've probably been to the Full Frame Documentary Film Festival that takes place once a year in Durham.

Full Frame is an international film festival that brings in close to 100 nonfiction films and filmmakers around the world.


8. You can say that Zoboomafoo lived in your town.

The Duke Lemur Center is on the forefront of primate conservation efforts and houses more endangered primates than any other place in the world. Thanks to the Duke Lemur Center, you have probably gotten to see the actual lemur from the show we all watched as kids. Or, at least his offspring, now that Zoboomafoo has passed away.


9. You’ve been spoiled with some of the best restaurants in the South.

Places like Pizzeria Toro, Mateo Tapas, Rue Cler, Scratch and The Parlour ice cream shop, and many more win national accolades. Even the New York Times has written about the amazing foodie scene in Durham.


10. You’ve spent many Saturday mornings at the substantial downtown Farmers Market where you can find locally and organically grown produce from all over the region.

The Farmers Market is full of things to do because there is also a great local crafts market, live music and entertainment, history tours of Durham, and chef demonstrations going on all around you.


11. You never miss the Food Truck Rodeos that come around a few times a year.

50+ food trucks swarm Central Park in downtown Durham and hundreds of Durham residents flood the rodeo to find freshly made delicious food from all cultures of the world, craft beer, and live music.

That Durham skyline is something to behold.


13. You’ve never had a bad cup of coffee. From great coffee shops like Cocoa Cinnamon to local roasters like Counter Culture coffee, Durham makes sure you’ve got your caffeine fix.

You can even do a coffee tasting at Counter Culture and Cocoa Cinnamon will ensure that you’re coffee is laced with flavors ranging from ginger root powder to rosewater to black lava salt. (To be honest, I’m not sure what any of those ingredients are, but I guarantee Cocoa Cinnamon has your back and that coffee with be delicious)

Along with your group of best friends, you get to bike along on a 14 person bike and you get to burn calories while putting them on!


15. On hot summer days you’ve made your way to the Eno Rock Quarry.

Nothing beats swinging off the rope into the large natural quarry to cool off on a hot summer day in the Bull City. It is well worth the mile-long hike into this isolated yet locally-known spot.

16. You know all about Durham's intriguing history.

You’ve been to the Bennett Place for field trips in school or learned all about the importance of Black Wall Street, the most vital African American business and entrepreneurial center in the country in the early twentieth century. And, finally you know all about the advantages and challenges of being a city built largely on tobacco money.


17. And finally, you are proud to call yourself a "Durhamite" and wouldn't want to have grown up in any other city besides the Bull City.