17 "Glass Half Full" Things That Happened In 2017
Odyssey
CurrentlySwoonLifestyleHealth & WellnessStudent LifeContent InspirationEntertainmentPolitics and ActivismSportsAdulting
About usAdvertiseTermsPrivacyDMCAContact us
® 2023 ODYSSEY
Welcome back
Sign in to comment to your favorite stories, participate in your community and interact with your friends
or
LOG IN WITH FACEBOOK
No account? Create one
Start writing a post
Student Life

A year filled with trials and tragedy, also had some massively undercooked positive moments too. 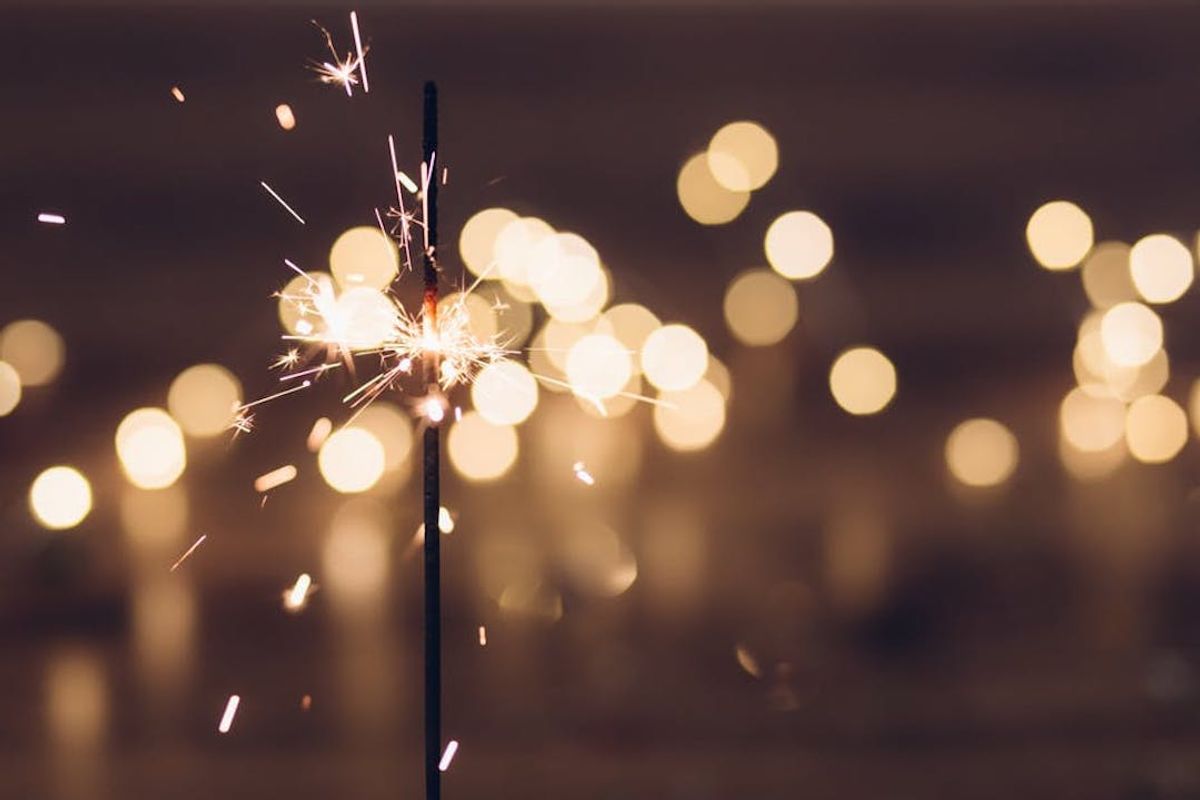 Yes, this year may have been a bit crazy and chaotic, with stories of tragedy and loss filling the headlines. From numerous devastating natural disasters to terror attacks, these are really the only stories that we may remember from 2017. This is not to say these events are not important, they are actually extremely important for individuals, groups, and humanity as a whole.

Many times, in the face of disaster, people tend to band together and make great things happen, truly showing their graciousness and support for others who are strangers to them. So if you want to see the glass half full, remember that for every bad time, there are twice as many good times, and here's a little list to remind you how great of a year 2017 actually was.

1. Despite a few minor set backs, every country in the world is now a signatory to the Paris climate agreement!

With signatures from Syria and Nicaragua, every country has officially signed. And while President Trump has said the US is going to withdraw, this will take years to happen given United Nation rules, and by the time he has the opportunity it will be the next election cycle. Many countries have already strengthened their legal requirements to achieve carbon neutrality and the World Bank announced that it is going to stop providing loans for oil and gas extraction!

2. Women in Saudi Arabi can drive!

While this may seem kind of outdated for the 21st century, it was not until June of 2017 that women in Saudi Arabi were finally granted the right to drive! This may be seemingly small progress, but it is progress nonetheless!

It was not until 2017 that these delicious cookies, originally from Australia, became available in the US! These chocolate cookies are out of this world! I highly suggest you go grab yourself a package bite off both ends and use it as a draw to sip your coffee! You will not regret it!

4. The Great Barrier Reef has been rebred!

Speaking of Australia, scientists have found a way to successfully rebreed sections of the Great Barrier Reef. With pollution and global warming, the reef has been struggling for a while, but scientists have figured out a way to accelerate the growth of certain corals found in the reef, giving us hope that reef won't disappear as soon as predicted!

5. HIV/AIDS is no longer the leading cause of death in Africa!

With increased education on treatment and prevention, HIV/AIDS has now dropped from the top spot of leading cause of death in Africa. This is great, but unfortunately, something has to hold the number one cause, which has now shifted to lifestyle diseases, that are typically respiratory infections caused by viruses and bacteria.

It captured America's attention for just a few glorious moments in August! People planned trips in order to see the path of totality for a once in a lifetime experience!

Detroit has never had a good track record, but a nonprofit organization in Detroit bought vacant lots around the city and filled them with "tiny houses." While you may have seen these on TV shows or in magazines, these "tiny houses" serve a different purpose; low-income Detroiters can rent-to-own them and are supported by community services to keep them moving up!

8. The Amazon Rainforest is growing!

10. A homeless who helped survivors of the Manchester attack was given a home!

After a long hunt, they found the homeless man that helped numerous people survive the Manchester attack. After his horrific story went viral, numerous donations were made to help him get back on his feet!

After hearing about the destruction and sadness that hurricane Harvey caused, these two Western New York boys started a lemonade stand with the proceeds going to helping the victims. It was soon broadcast all over the news and celebrities started showing up and making extremely generous contributions!

12. Wonder Woman was the most successful live-action film ever directed by a woman!

A badass female hero? Check! A strong female director? Check! This film has clearly got it all! Power to the ladies!

13. The Honeybee population is on the rise!

Honey bees are not the bees that sting, so this is most definitely a good thing! They can continue to help pollinate the lovely flora of our world! Scientists have found insecticides that do not kill the bees!

The groundbreaking ceremony for the Jackie Robinson Museum took place in April! Robinson was the player to break the color barrier in major league baseball. Located in lower Manhattan, this tribute to the civil rights movements is set to open in the spring of 2019.

Morgan's Wonderland, Inspiration Island, opened this summer and is the first waterpark of its kind! The park is complete with wheelchair accessibility, the ability to change the temperature of the water, and parents can get waterproof wristbands with tracking technology so they can easily locate their children. The park will also be free for all individuals with special needs!

16. Star Wars inspired the creation of a bionic hand!

Researchers have created a unique robotic hand based the Star Wars. It uses ultrasound sensors that allow amputees to control each prosthetic finger using muscles in the residual limb! A man has even been about to play the piano while using this arm.

17. High Schoolers founded a club so no one has to eat lunch alone!

Students at a high school in Florida founded We Dine Together, a group where members spend their lunch period with a different person every day. You never know the simple act of sitting down next to someone eating by themselves and starting a conversation can make all the difference!