16 Things People From Cornwall, NY Can All Relate To
Odyssey
CurrentlySwoonLifestyleHealth & WellnessStudent LifeContent InspirationEntertainmentPolitics and ActivismSportsAdulting
About usAdvertiseTermsPrivacyDMCAContact us
® 2023 ODYSSEY
Welcome back
Sign in to comment to your favorite stories, participate in your community and interact with your friends
or
LOG IN WITH FACEBOOK
No account? Create one
Start writing a post
Student Life

16 Things People From Cornwall, NY Can All Relate To 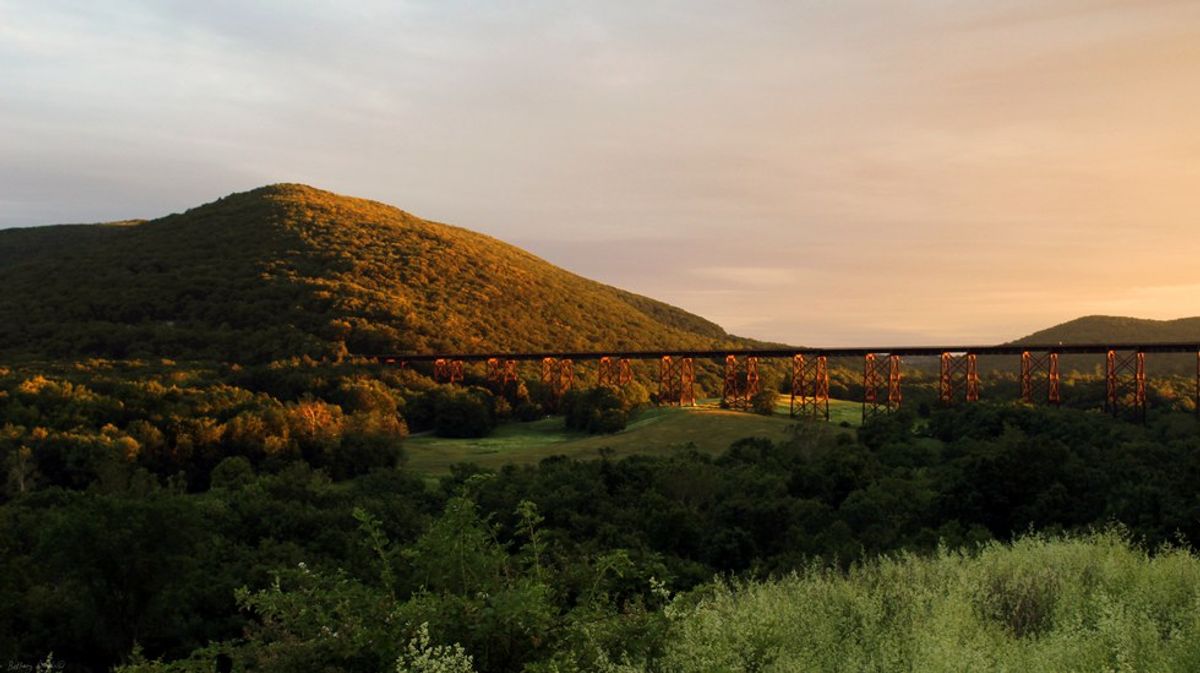 I am from Cornwall-on-Hudson, NY, part of Cornwall, NY, a suburban town in the lower Hudson Valley Region of New York. Like all small towns, it has its own little quirks that make it Cornwall.

1. You will likely be bored after returning from college

Because nothing ever happens in Cornwall, ever, except for when the mill burns down.

2. If you want to meet up with people from high school, whether or not you plan it, you will usually find someone at 2 Alices.

In a town that does not even have Starbucks, 2 Alices really is the only nice place to hang out, but with Trivia Night on Thursdays and delicious coffee, it is quite a nice place.

3. If you go to a SUNY school, then there are bound to be multiple other Cornwall alums there.

4. But if you leave the Northeast, then you will be able to completely reinvent yourself.

I go to a small private Christian liberal arts school in Illinois. No one knew me, and I went from introducing myself as “Bethany” to “Beth”.

5. You end up taking the beautiful landscape around you for granted.

There are many houses in Cornwall that are close enough to the mountains and woods that the inhabitants need only to walk out their doors to go for a hike. It is very easy to get used to the landscape.

6. But once you leave, you will actually appreciate the landscape you grew up in.

Because it is beautiful compared to many other places.

7. You mourned the winter when Cornwall schools got a new superintendent from Buffalo.

Because you were the only district to have school when it snowed, but he learned soon enough what the people from downstate New York expected from snow.

8. The River is the only place to ever take prom pictures. Ever.

So the normally deserted Shore Road gets horrible traffic on prom nights.

9. If you played sports in high school, then Ken Cashman likely knows who you are, and you were in the Cornwall Local at least once.

Because sports were the easy way to end up in the Cornwall local.

10. You lived close enough to New York City to call it “The City”

Which made people not from the area think you were cool

11. But if you went to college closer to another major metropolitan area, you realized that saying you were from an hour outside the city with no other context made no sense.

12. Like the landscape around you, you probably took having three awesome pizza places in the town for granted.

If Prima was crowded, then you could always go to Village or Leo’s.

13. Until you moved away and found nothing compares to New York pizza

14. If you attended Cornwall Central High School, then you should have a good sense of direction

Because the layout of that building makes no sense and is smack dab in the middle of nowhere. However, I still get lost easily.

15. You froze walking from the tundra of the high school parking lot to the actual building entrance in the winters.

Why is that parking lot so far away from the building?

16. You never had a good reason to go to the Ball Drop in Times Square.

When the town itself had a ball drop

Nicole Marie Nigro
Individual Creator
7563
c1.staticflickr.com
Where to start...... Let me start with the cliche that life throws us curveballs and what we do with it is what counts.