Watching the trailer for the new "Beauty and the Beast" movie made me wonder what the Disney princesses would be like as modern day college students. 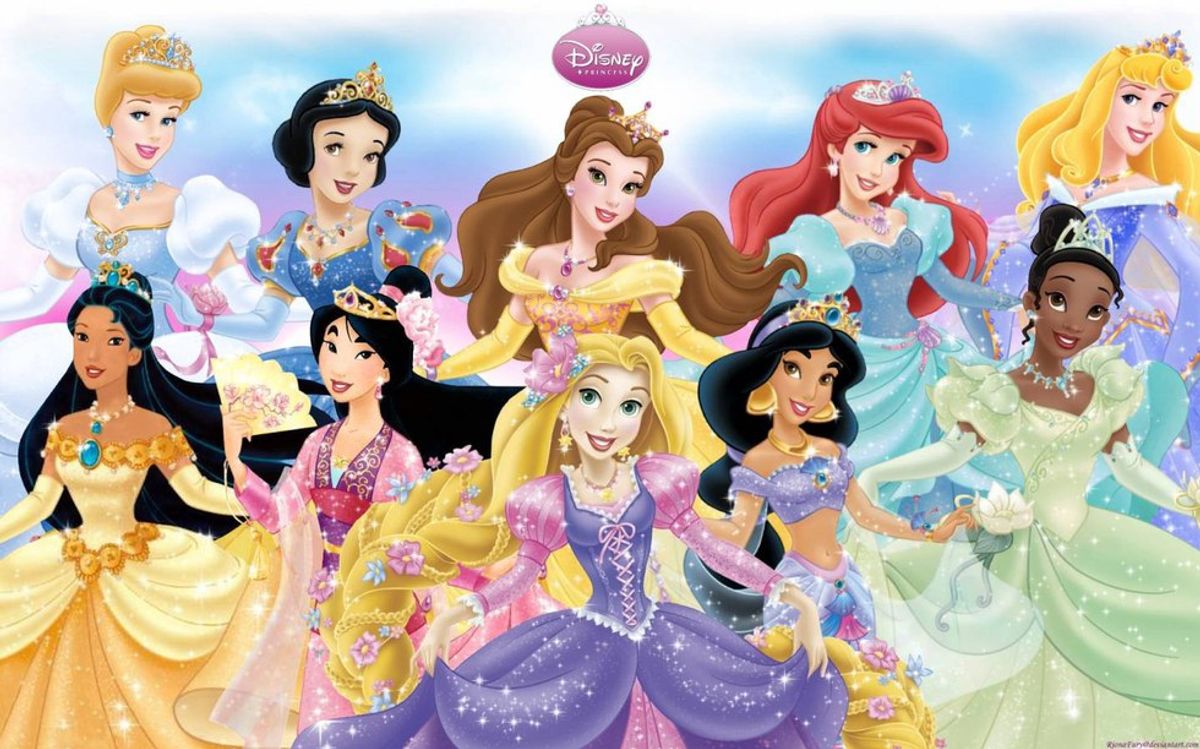 Ever since I was a little girl, I have always loved Disney. I have been to Disney World twice, have seen all of the classics, and I follow dozens of Disney pages on Facebook. My favorite Disney movie is "Beauty and the Beast," and I am super excited for the live action film in March. Watching the trailer for the new movie made me wonder what the Disney princesses would be like as modern day college students. The following is a list of what I think they would be like today.

1.Belle: Belle would be an English major. She would be working part time at the campus library and could be seen verbally sparring with local bad boy, Adam. She would also be the biggest fangirl and would not be afraid to hide her passion.

2.Ariel Ariel would be an anthropology major. She would fascinated by other cultures and their origins. Unfortunately, she would always seem to go mute whenever she would have anything to say, especially when her crush Eric is in the same class.

3. Merida Merida would be a political science major with a track in pre-law. She would be a huge feminist and would be determined to fight for equal rights. She would also be captain of the archery team.

5.Cinderella: Cinderella would have the worst luck with roommates. She would have to constantly clean up after them, and they in turn would try to spread nasty rumors about her. She would still end up with the hottest guy on campus because he would see through the rumors and notice her sweet personality. She would be an elementary education major.

6. Snow White Snow White would be an RA three out of her four years of college. She would be fair, but fun and would always be planning events for her dorm. She would be a family and consumer science major with a teacher's licensure and be treasurer of her school's chapter of FCCLA.

8. Pocahontas: Pocahontas would be a psychology major; she would be interested into finding out why people think and act like they do. She would be very passionate about human and animal rights and would not stand for any type of injustice.

9. Rapunzel: Rapunzel would be an art major. She would be constantly be painting and have her head in the clouds; her friends would have to remind her to eat go to class. She would be a Starbucks addict and a huge fangirl. She would also have a pet chameleon that would freak her roommates out at first.

10. Kida: Kida would be a sociology major with a minor in art history. She would be interested in studying the ways in which some societies are successful and some are not. She would usually be found studying in the library with her long-term boyfriend, Milo, a linguistics major.

11. Mulan: Mulan would be involved with ROTC. It would dictate much of her social life. She would be an exercise science major and would teach both kick-boxing and self-defense classes.

13. Aurora: Aurora would be an biology major with a concentration in small animal care. Aurora would have insomnia and would frequently fall asleep in class, but that wouldn't stop her from achieving her dreams of taking care of animals.

15. Jasmine: Jasmine would be a photography major. She would work for the school newspaper and would be willing to bend the rules to get that perfect picture. She would be determined to use her photography skills to bring down the injustices of the world.

16. Moana: Moana would be a marine biology major. She would be interested in cleaning up the ocean and protecting its wildlife. She would be very involved with the surfing club and would rope her friends into spending Saturdays cleaning trash off of the beach.