As if I needed more reasons not to agree to dates. 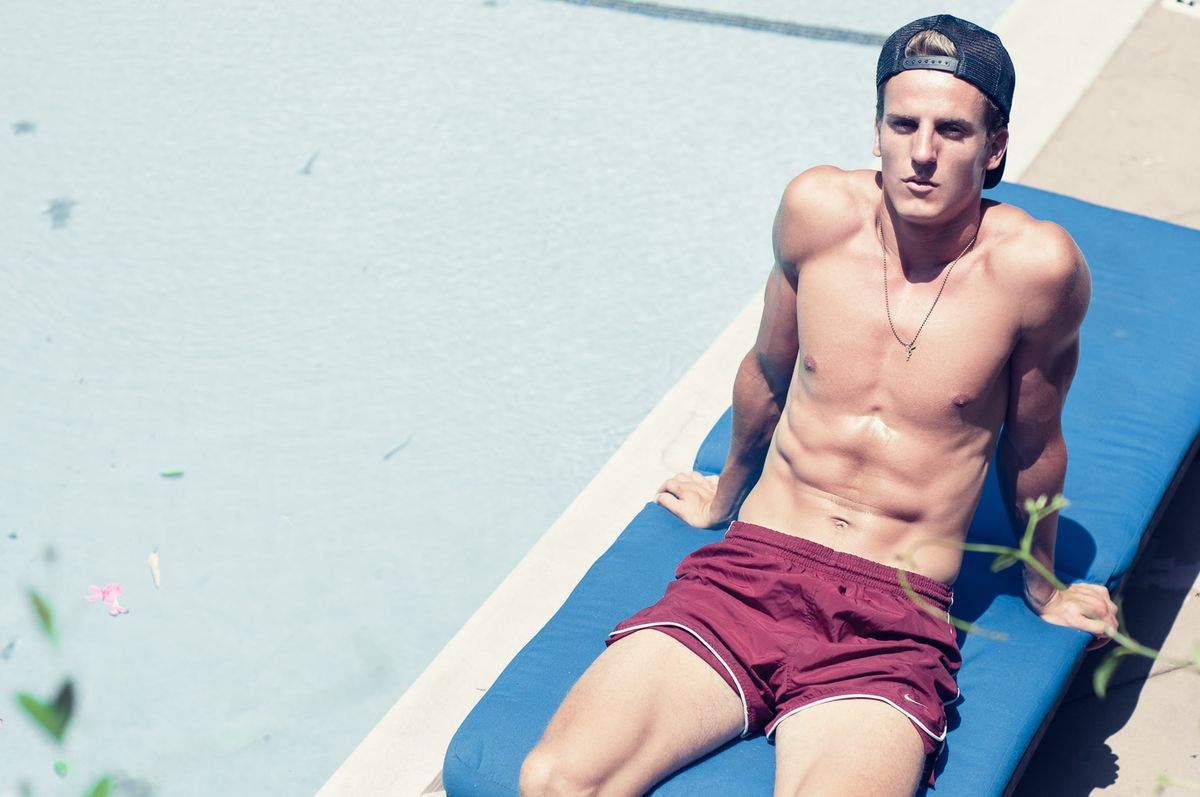 First dates are weird. They're exciting but also incredibly nerve-wracking, and if you're anything like me, you avoid them like the plague because [insert every excuse in the book here]. While I've had my share of awkward dates, none of them ever went terribly wrong. It's too bad that not many people can say the same. What a price to pay for attempting to form new connections, am I right?

So if you think your date deserves a gold medal for being an ass or that the awkward silence was unbearable, empathize with these 15 people who had it just as bad, if not worse, than you.

1. A rainbow of awkward

“We went to Olive Garden, and he was so nervous he talked about the colorful sugar packets and asked if I wanted to take some home."

“Total fuckboy, spent all his time at the gym and had some serious anger issues. He was super rude to the waitress at the restaurant and wouldn't stop talking about all his previous hookups. After the movie, we went to the beach in his town and fooled around. He told me I smelled down there, dropped me off a small rock ledge when I told him to catch me, and then had the balls to ask for road head on the way home. Needless to say, I blocked his number real quick!"

"I went on a date with a guy who talked about his ex the entire time, called me her name, took me to his house (but had to hide me because I'm brown and his parents are racists), kissed me like a wet dog, and then asked me to Uber home because he didn't feel like driving."

4. Get your finances right

"We went to the mall and he bought a shirt for himself (fine). But when it came time to pay for dinner he didn't have any money because he spent it all on the shirt..."

"I went on a date with a guy I met on Tinder. He seemed like a really great person, but the only thing he talked about was his dad. He didn't stop talking the entire time I was with him, and he made it really difficult to get a word. By the end of the date, the only thing I could tell you about my date was his name."

6. He definitely peaked in high school

"The guy would not stop talking about how popular he was in high school and how much he missed his ex-girlfriends. After I thought it couldn't get any worse, he said his mom really wanted him to settle down soon and have 3 kids. He said if it didn't work out with me, his mom already had another girl lined up for him to go out with. Needless to say, it didn't work out."

"He told me all I could get was an appetizer, and then on top of that, he walked out before the check came so I had to pay for his $30 worth of food."

8. He slept with my ex-fiancé

“On our first date, he told me about the time he slept with my ex-fiancé.

First, I'm a bisexual woman. When I was 18, I made the terrible decision of getting engaged to someone I've only dated for a month. We ended the relationship when she told me that she cheated. I knew it would never work because we were both emotionally unstable. That year, I sought help for my mental illness and transferred colleges.

At my new school, I began casually seeing a man who was from the same hometown as my ex. On our actual first date, we shared our craziest dating stories. He told me about the time he slept with a girl who was engaged to another woman. I asked if it was (my fiancé's name). He said, “yeah, how do you know her?" I said because she's my ex-fiancé. I never saw him again after that."

"The guy asked me, "how do you feel about rape?" I said, "the same way most people do; it's bad. Obviously." He responded "oh," in a sad voice. I left immediately.

"He was a total gym rat and greeted me by making me smell his protein shake which was extremely gross. After I smelled it he proceeded to tell me how it was made with kangaroo milk. He apologized for being weird and proceeded to confide in me that he had been having suicidal thoughts as well as other mental health issues. All this happened 20 minutes after I had spoken to him for the first time.

After all that he insisted we take shots of hot sauce together. So there I was, taking shots of hot sauce in a coffee shop with a mentally unstable person. As we were leaving, I had my hands in my pockets so he wouldn't try to hug me or anything. As we said goodbye, he stuck out his pinky finger at me. Yes, his pinky finger. I had NO CLUE what he wanted me to do here, like is this a pinky promise? So I went to lock my pinky finger with his but he stopped me and said, "no, no, no." Instead, he guided my pinky finger to his so they touched and that was it. No explanation. Literally, we left by touching pinky fingers. It was the weirdest/most traumatic two hours of my life."

"I mentioned that I am agnostic and for 40 minutes he wouldn't stop trying to convert me to Christianity."

"One time, I went on a blind date, and he spent the whole time talking about himself and how he liked to get blackout drunk. Then, he played a raunchy comedy CD on the way home. Long story short, I ended up telling him that it wouldn't work out and went to prom by myself. Probably the best decision I ever made."

13. "On our first date, he told me our honeymoon would be at Disney."

15. I guess you can't get fries with that

"I matched with this guy on Tinder. We went to a cafe to get some food. While looking at the menu, he suggested we share a milkshake. That seemed cute so I agreed. Then, I suggested we could get some fries. He said, “fries and a milkshake? That's like almost another $10." He then began to make a bit of a fuss about how much the night cost him. That pissed me off so I threw him $5 and got up to leave. He then had the nerve to ask me for a ride because he didn't want to pay for another Uber."