Why is Nick so realtable? 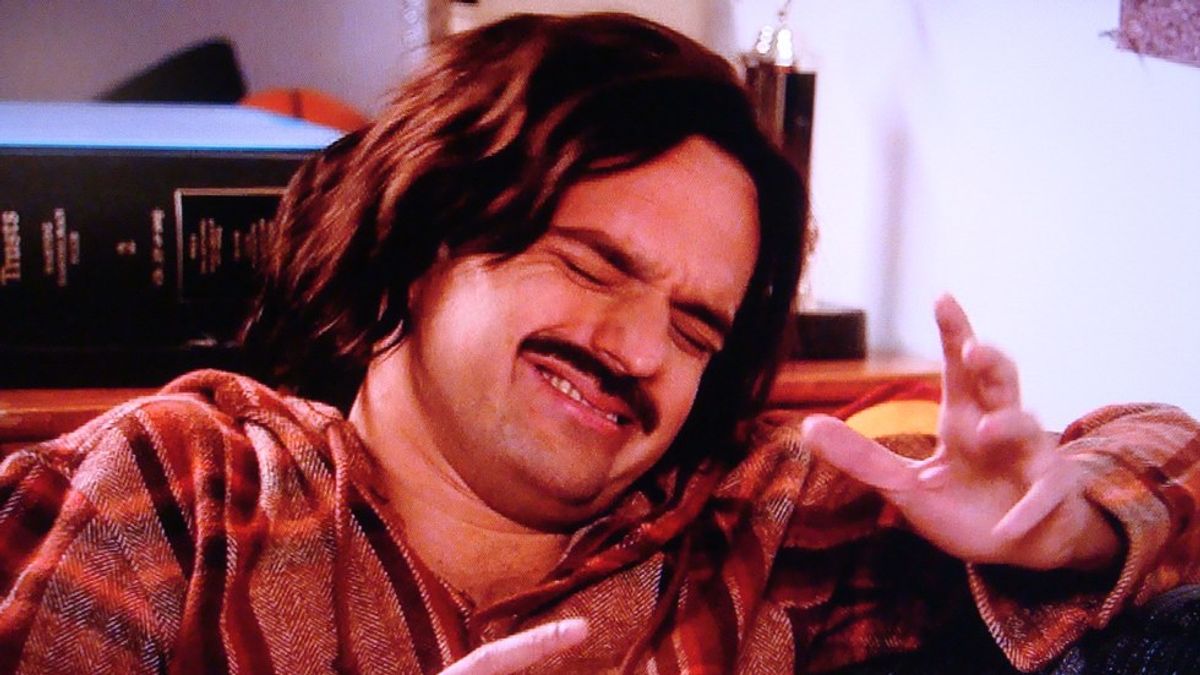 Whoever hasn't seen "New Girl" by now is dead to me. Not really, just kidding, but seriously, this is such a good show. It's like the "Friends" of our generation. I couldn't even begin to pick a favorite (shh, don't tell it's Winston all the way) because every character is so perfect. But there is only on that I identify with on a deeper level: Nick Miller. I feel that, as I have grown while watching the show, so has he. Remember when he was a constantly drunk, part-time bartender who dropped out of law school with only three semesters left? Now he's, Nick Miller, author of "The Pepperwood Chronicles" and has a bank account and is half owner of the bar. Nick has slowly, but surely, transformed into a more responsible adult. Sure, he had his rough patches, but who hasn't? And of course because he is the grumpiest and least responsible one of the other three in the loft, I identify with him completely. So here are 15 times I identified with Nick, and maybe the rest of you Nick Millers out there will be able to identify too.

1. As I age, I'm finally getting closer to the grandma that I know is living inside of me

I feel like people laugh too hard when I say I'm a Grandma, but they need to know I'm serious and proud of this fact.

Isn't this how reading actually works? Sometimes I'll use a word and have no idea what it means or how I know it but I know I used it correctly.

3. I have no social graces, least of all at fancy restaurants

Social etiquette does not apply when there is food nearby.

Honestly, my idea of being healthy really is trying to eat less doughnuts. And maybe taking the stairs instead of the elevator. But then remembering how horrible it was and taking the elevator on the way down.

5. It is perfectly fine!

Why does only Nick understand?

8. Who can actually afford this?

Honestly, it's a treat to fill my tank ALL the way up

Self-sabotage is really all I know anymore...

This was definitely me before I realized by negativity was making turning me into a lemon and I decided to try a little more Jess.

11. I will die as a stubborn little Nick donkey

I have always been stubborn, and you can't say otherwise!

For example, I put my drink on the edge of my desk, it gets knocked over and my day is ruined along with my carpet. Do I regret it? Yes. Will I do it again? Most likely...

I don't exercise, or eat well, seriously, how I am I alive? I also fall a lot because I have no sense of gravity, so really, how am I alive? Forget successful adult, I'm not a successful human being.

This is my face, I don't control it, this is how it is!

15. Everything I touch- ruined

16. I had to include this though, because his turtle face is my spirit animal...

If you want to see more Nick (who doesn't), you can catch New Girl on Netflix and new episodes on Fox, Tuesdays at 7!