15 Things All Best Friends Do
Odyssey

15 Things All Best Friends Do

How to know if you and your bestie are true best friends. 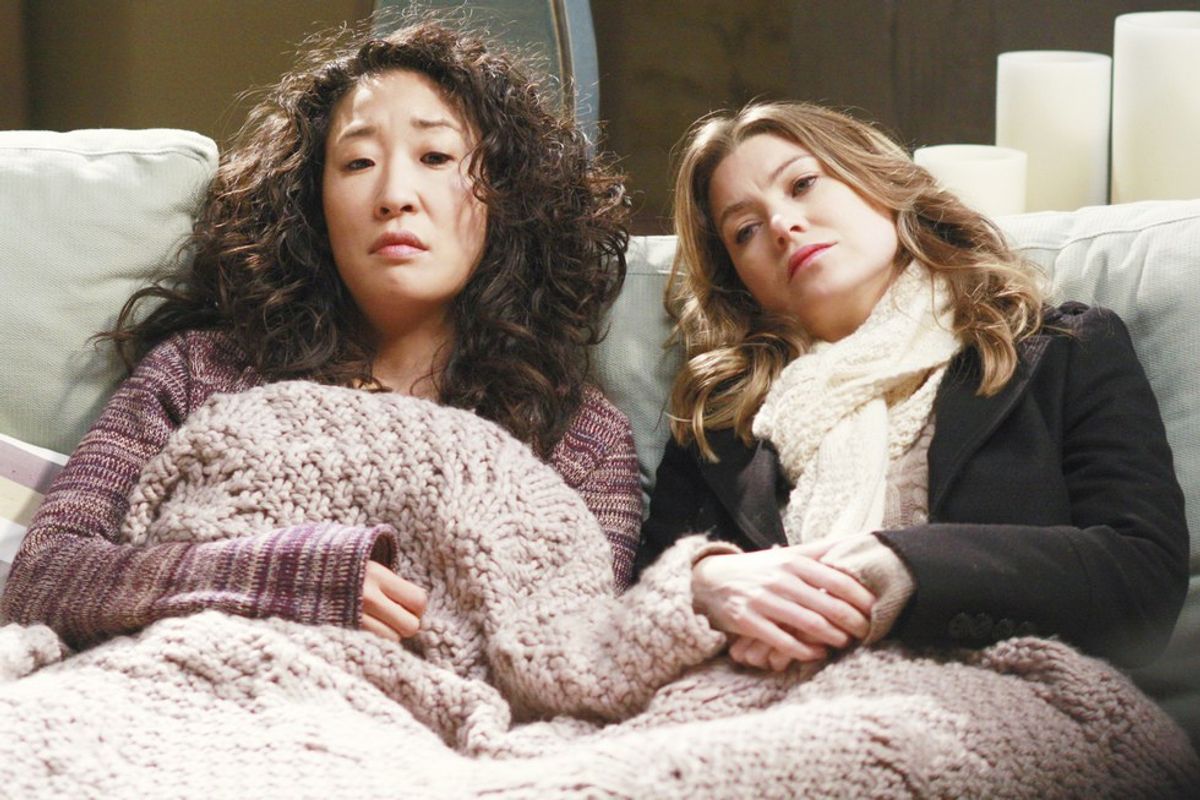 You and you BFF, what would you do without her? You guys are inseparable, pretty much the same person, and most of the time it feels like it's you two against the world. But why is your best friend, your best friend? Here are some ways to know.

1. They tell you if your outfit is ugly.

Only your best friend cares about you enough to not let you go out in public with an ugly outfit on.

2. They tell you their secrets.

Best friends are the people you confide in and go to when life is hard. They tell each other everything and keep no secrets, which is what makes them “best” friends.

3. They come over to your house uninvited.

Best friends practically live at each other’s house, and you’re never surprised if your best friend shows up at your doorstep uninvited.

4. They are considered part of the family.

Having a best friend is awesome because you know have a whole extra closet to pick clothes from.

Best friends spend so much time together that you better believe they start talking exactly the same. They use the same words, the same phrases, they even use the same tone. It’s freaky but it’s a best friend kind of thing.

Whether it’d be to a party or just getting lunch, if one of them is invited, the other is definitely coming whether or not you asked them to. Best friends do everything together.

8. They have inside jokes that no one else gets.

That most likely doesn’t make any sense what so ever to the common person, but to two best friends, that’s the funniest thing in the world.

9. They know what the other is thinking without them having to say something.

Best friends have this telepathic ability that normal people don’t have with each other. They can tell what the other is going to say before they say it, that’s why best friends always tend to blurt out the same thing at the exact same time.

Your best friend is the one person who is going to stick by your side no matter what and lift you up when you are feeling down. They’re going to be with you when you win the science fair or get into the college you wanted. No matter what it is, they’ll be genuinely happy for your happiness.

11. They never get tired of each other.

Best friends can spend days, weeks, or years together and never get tired of each other. It’s like having a sister/brother that doesn’t get on your nerves 24/7.

12. They fight about stupid things.

Yes, best friends might fight once in a while, but it's almost always over something stupid like a boy or clothes, and in the end, they always make up. Real best friends never let a fight get in between their friendship.

13. Everyone knows that they’re best friends.

No matter where they go or what they are doing, everyone can tell when best friends are best friends. They share a special bond that is noticeable to people that don’t even know them.

14. They text each other all of the time.

I mean ALL of the time. Best friends share everything with each other, they’re like having a boyfriend without the boy part. If something is happening in one of their lives, you’ll bet that the other one already knows about it.

15. They plan the future together.

Having a best friend is such a blessing to have and they constantly make your life better and better every single day. I hope that you and your best friends are best friends forever. XOXO