15 Quotes To Get You Through Failure
Odyssey
CurrentlySwoonLifestyleHealth & WellnessStudent LifeContent InspirationEntertainmentPolitics and ActivismSportsAdulting
About usAdvertiseTermsPrivacyDMCAContact us
® 2023 ODYSSEY
Welcome back
Sign in to comment to your favorite stories, participate in your community and interact with your friends
or
LOG IN WITH FACEBOOK
No account? Create one
Start writing a post
Health and Wellness

15 Quotes To Get You Through Failure

Sometimes we all just need a pick-me-up. 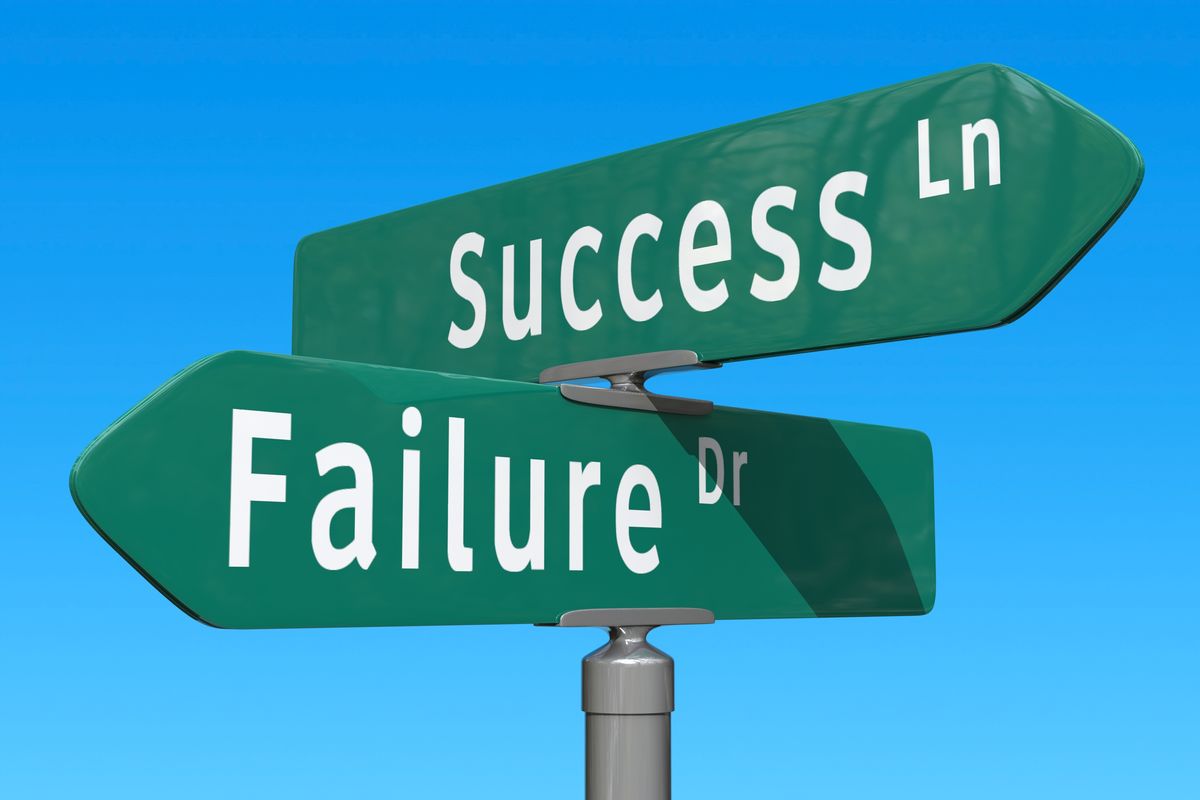 Nobody likes to fail. Nobody wants to fail, but we all do, because we're human. Although failure can make your world seem like it's falling apart in the moment, what doesn't kill you makes you stronger indeed. You'll learn more from your failures from your successes and you'll be a better person at the end of the day. Failure isn't permanent; it's only temporary. All you have to do is pull yourself up off the ground, stand up tall, fight back, and most importantly, never give up. You hear these statements all of the time and despite the fact that they are true, getting over failure is much easier said than done, so here's what 15 successful people have said about their own experiences with failure.

1. “It's failure that gives you the proper perspective on success.” - Ellen DeGeneres

2. “Success is stumbling from failure to failure with no loss of enthusiasm.” - Winston Churchill

3. “It is impossible to live without failing at something, unless you live so cautiously that you might as well not have lived at all, in which case you have failed by default.” - J.K. Rowling

6. “I can accept failure, everyone fails at something. But I can’t accept not trying.” - Michael Jordan

7. “We need to accept that we won’t always make the right decisions, that we’ll screw up royally sometimes—understanding that failure is not the opposite of success, it’s part of success.” - Arianna Huffington

8. “Think like a queen. A queen is not afraid to fail. Failure is another steppingstone to greatness.” - Oprah Winfrey

9. “I was afraid of being a failure, of not having the best time or of being chicken. But every year I get older I think, What was I fearing last year?’ You forget. And then you move on.” - Sandra Bullock

10. “You don’t go into anything contemplating failure, because if you did, you wouldn’t make it.” - Simon Cowell

11. "The greatest glory in living lies not in never falling, but in rising every time we fall." - Ralph Waldo Emerson

12. "Success is most often achieved by those who don’t know that failure is inevitable." - Coco Chanel

13. "What seems to us as bitter trials are often blessings in disguise." - Oscar Wilde

14. "The biggest risk is not taking any risk... In a world that's changing really quickly, the only strategy that is guaranteed to fail is not taking risks." - Mark Zuckerberg

15. "What is the point of being alive if you don't at least try to do something remarkable?" - John Green