15 Grey's Anatomy Episodes That Ripped Your Heart Out
Odyssey

15 Grey's Anatomy Episodes That Ripped Your Heart Out 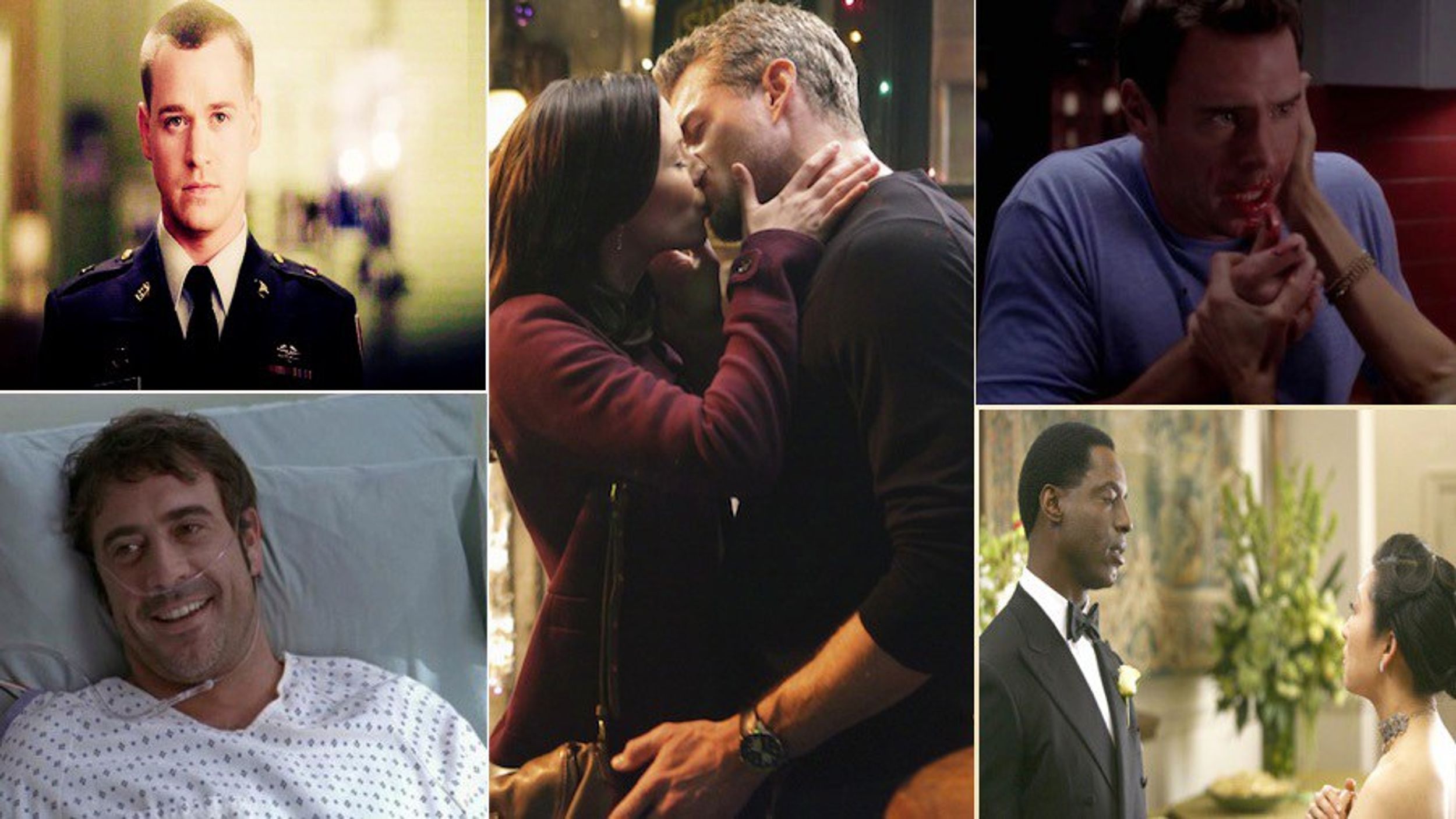 When it comes to tear-jerking drama, no show is more guilty of manipulating its fans’ emotions like "Grey's Anatomy." Since "Grey's" fan base has taken off worldwide, grasping the attention of nearly all teenage girls (including myself), I thought that I would let us all recap just 15 of the most heartbreaking episodes and moments that we just can't get out of our emotional whirlpool. Long before shows that made killing off main characters look cool, "Grey’s Anatomy" mastered pulling in viewers, only to rip out their hearts with shocking deaths and dramatic breakups. So let us examine the 15 episodes where "Grey’s Anatomy" proves that it is the king of emotionally terrorizing its viewers and bringing them back for more. So grab your tissues, tequila shots, and your “person” because we're about to take a walk down memory lane.

What happened: A middle-aged man and a recently married young woman come into the ER after a train accident, connected by a steel rod that runs through both their bodies.


What happened: Derek is assigned to perform brain surgery on a death row inmate who was convicted of killing five women. The staff of Seattle Grace is required to help the man because of the Hippocratic Oath, but many have moral objections to it—including Derek.

What happened: It is Cristina and Burke’s wedding day. Despite busy operating schedules for both of them, Cristina has put on the fancy dress and given Burke’s family the wedding they always wanted for their son. At the last minute, Burke decides that he can’t do it and walks out on the ceremony before Cristina can walk down the aisle.


What happened: April and Jackson deliver their baby, despite its fatal diagnosis of brittle bone disease—meaning it can barely be touched without its bones breaking. They only have a few moments with their child before it dies in their arms.


What happened: Meredith is in a hypothermic coma after almost drowning in Puget Sound. While her friends and colleagues try to revive her, she has a coma dream in which Denny Duquette, Bomb Guy, and her mother, Ellis Grey, tell her essentially not to go into the light.


What happened: A ferry crash requires all Seattle Grace hands on deck. Everyone has to bring their A-game to save the hundreds of people who are stuck under rubble and separated from their loved ones. While trying to examine a little girl, Meredith falls into the freezing water and it is up to Derek to find her.


What happened: Rebecca Pope comes back for Alex with her memories restored and determined to make a relationship work between the two of them. However, Alex discovers that Rebecca still isn’t who she says she is and that she suffers from bipolar disorder. She has a meltdown and tries to kill herself. As Alex pulls her limp body into the shower to calm her down, he realizes that they can never be together.


What happened: Meredith’s stepmother Susan comes into the ER because she has an incurable case of hiccups. A few routine tests lead to a need for emergency surgery and Susan dies on Meredith’s operating table.


What happened: A bereaved widower, Gary Clark, decides to get revenge on the doctors who he feels were responsible for his wife’s death by shooting up the hospital. His primary targets are Derek and the Chief, but he’s willing to shoot anyone who gets in his way.


What happened: Henry seems to be coming out of the tunnel of never-ending surgeries when he suddenly takes a turn for the worse. His wife, Teddy, has another surgery to perform, so she has Hunt put Cristina on the case. However, Cristina is unsuccessful and Henry dies on the table.


What happened: Mark Sloan finally succumbs to the injuries that he sustained in the plane crash at the end of Season 8 and passes away.


What happened: A team from Seattle Grace flies out to help another hospital with a conjoined twins surgery when their charter plane crashes. Each of the doctors sustains serious injuries, but Lexie lands with the plane on top of her and dies within hours of the crash.


What happened: George O’Malley dies after being hit by a bus and the doctors are unable to save him in emergency surgery.


What happened: Izzie pulls Denny Duquette’s LVAD wire to bump him up on the heart transplant list. He gets the new heart, but his body rejects it and he dies anyway.


What happened: Derek “McDreamy” Shepherd died doing what he does best, helping people. He saved a mother, her young daughter, and two teenagers after a fiery car accident on a desolate road with no cell signal. As Shepherd himself pulled away from that death-defying scene, he was hit by an oncoming semi-truck.

Now that we have gone through every heart-shredding moment of "Grey's," we may now recollect ourselves, grab a tub of ice cream, turn on Netflix, and start again from season one. If you haven't watched "Grey's Anatomy," I strongly suggest that you do so.