13 Taylor Swift Lyrics We Can All Be Inspired By
Odyssey

There is beauty in tragedy, but also in positivity. 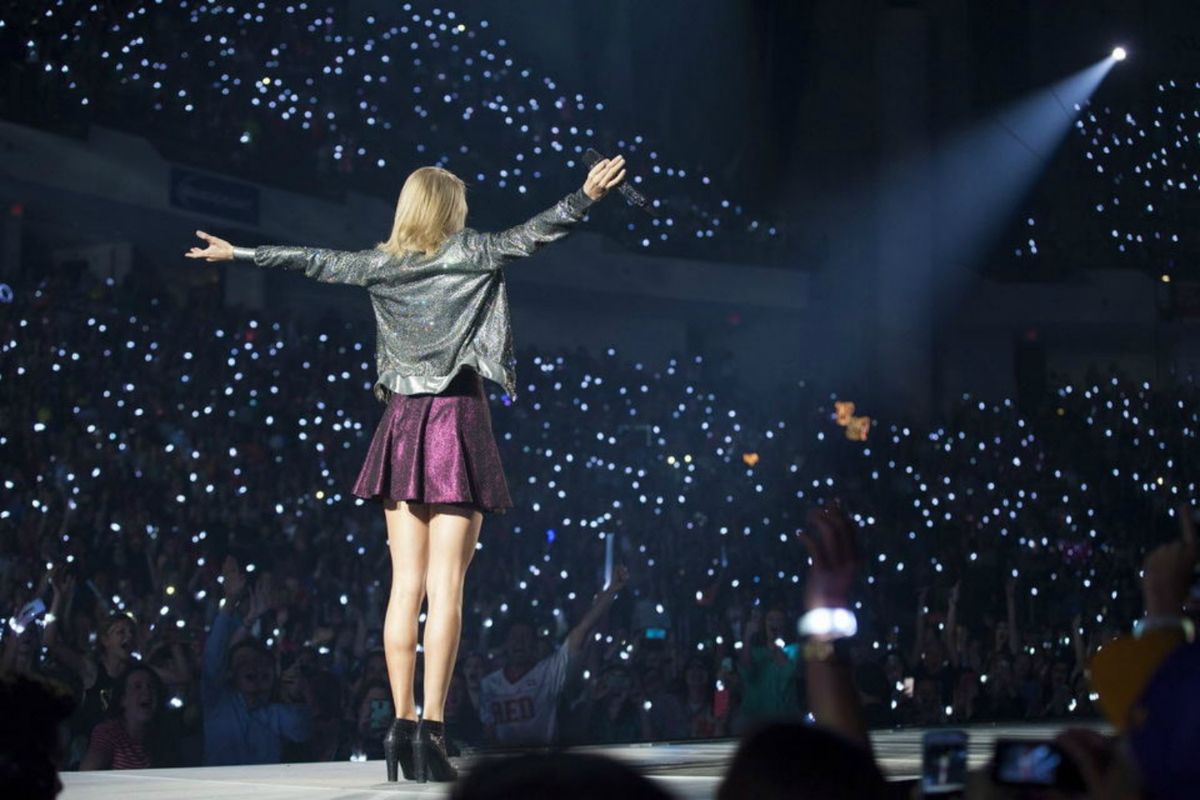 This article is written in response to The 10 Most Beautifully Tragic Taylor Swift Lyrics article written last week. I, too, have loved Taylor Swift since I was 10 years old and heard "Our Song" on the radio for the first time. I've loved her from frizzy hair and cowboy boots, through sparkly ball gowns, through bangs and high waisted shorts, to short curls and sundresses. Although A LOT of her lyrics, and some of the best, are awfully sad and tragic, she has written many pretty inspiring and positive lyrics. You may not feel these as deeply as some of her others, but these lyrics showcase some of Taylor's underrated power of positivity.

2. "Today is never too late to be brand new"

"Innocent," also from "Speak Now" is Taylor's response song to the incident that happened with Kanye back in 2007. Although this was kind of aimed at him, it's relevant for anyone who doesn't really love who they are or who they're becoming. It's never too late to change. Don't be afraid of change, especially if it's for the better.

Ah, "Clean": the most underrated, yet most important, song of the album "1989." The speech Taylor gave at the beginning of this song at every concert says it better than I ever could. Summed up, it basically says that no matter what you're clean from, stay strong. Don't give in. You can do this.

4. "Long live all the mountains we moved, I had the time of my life fighting dragons with you"

5. "I've been spending the last eight months taking all love ever does is break and burn and end, but on a Wednesday in a cafe I watched it begin again"

"Begin Again" from "Red" is such a beautiful song about rebirth and life after tragedy. Taylor's imparting her wisdom upon us and reminding us that sometimes you get your heart broken and at time it feels like your world is over. But love is fleeting. It can end and it can begin again at a time when you least expect it.

"Starlight" from "Red" is honestly just such a happy and pretty song. Taylor wrote it based off of old pictures she found of the Kennedy family from when she was dating Conor Kennedy. Once again, Taylor reminds us to not be afraid to have unrealistic dreams for your life. It will always keep you aiming high.

7. "You're beautiful, every little piece love, and don't you know you're really gonna be someone. Ask anyone"

From her first self named album, "Taylor Swift," the song "Stay Beautiful" emphasizes that we should never doubt our beauty, our worth or our drive.

8. "We're happy, free, confused, and lonely in the best way"

"22" from "Red" is the ultimate jam. Life isn't always perfect, but we can choose to make the most of it.

9. "I'm shining like fireworks over your sad empty town"

"Dear John" (Yes, John Mayer) from "Speak Now" actually is a really really tragic song, but this one line is so extremely important. Sometimes you meet someone that only lives to bring you down. This line reminds us that in reality, the best revenge is becoming more successful, happier and just an all around better person than they are.

10. "And you've got a smile that could light up this whole town"

We all know "You Belong With Me" from "Fearless." Don't doubt the magic in a smile.

11. "We are too busy dancing to get knocked off our feet"

Thank you "New Romantics" for telling us to literally just block out the haters. Have fun and don't care about what anyone thinks.

12. "I've found time can heal most anything" & "Back then I swore I was gonna marry him someday, but I realized some bigger dreams of mine"

"Fifteen" from "Fearless" is such a deeply personal song that has so many happy and sad stories folded within it, so I couldn't pick just one line. The first lesson that Taylor gives is that regardless of what it is, time will help. The second is that you shouldn't be afraid to give something up in the pursuit of something better. Sometimes your dreams are bigger than any one person.

13. "Because these things will change I can feel it now. These walls that they put up to hold us back will fall down. This revolution, the time will come for us to finally win. And we'll sing hallelujah"

"Change" from "Fearless" is, in my opinion, one of Taylor's most iconic songs. She's so obviously reminding us not to give up. Things don't change easily and success doesn't happen overnight. But if you work hard enough, good things will eventually come your way. And then you will rejoice.

Although these may not be Taylor Swift's most tragically poetic lyrics, they're extremely important in their own way. They motivate, inspire and remind us of things that maybe we don't always remember on our own. Whether you love her or you hate her, there's no doubt that you could find some sort of solace in her words. So thank you, Taylor, for your words of wisdom that inspire me on a daily basis. I couldn't get through this life without you. (And please release album 6 ASAP.)

Caitlin Marie Grimes
University of South Florida
9177
Beyond The States