12 Reasons Why Minnesota Is The Worst Place to Live

12 Reasons Why Minnesota Is The Worst Place to Live 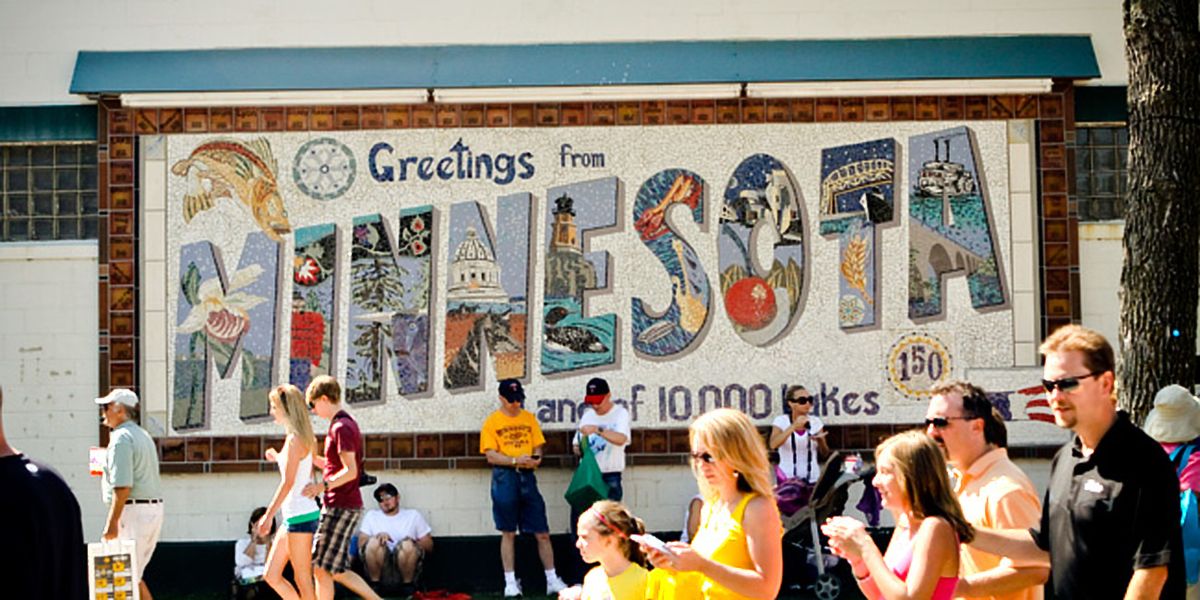 May 11th, 1858 will forever go down as one of the worst days in the history of the entire universe. On that probably dreary and cold Tuesday, Minnesota was named the 32nd state. The literal second it happened Minnesota became the very worst state. Here are 12 reasons why it is just so terrible:

I'm going to start off by saying that there are just way too many of those things. They are everywhere, and it is super inconvenient. The environment created by the almost 22,000 lake basins in the state is so gross and totally not photogenic.

There is nowhere to eat in the Twin Cities. St. Paul has some of the most disgusting food there could ever be... The Nook, Gopher Bar, Mickey’s Diner, and Red Cow. The food there is definitely not good I promise. Minneapolis might be worse though; Glam Doll Donuts take the cake on this one. Pun intended. Who wants donuts accessorized with things like caramelized bacon, cookie dough, peanut butter, and chocolate fudge brownie icing? I know I don’t.

So gross that it gets its own category. First of all, it’s called casserole, so that's pretty terrible. Tater-tots by themselves are plenty good there is no reason to add all of the gross things like meat, cheese, and vegetables... probably a terrible meal for a cold winter day.

We’ve already discussed “Hotdish” and “The Tourney” but everything else the people from Minnesota say is pretty wonked up too. They say “Duck Duck Grey Duck” it’s obviously “Duck Duck Goose” are there even grey ducks? Some of the lingo is Norwegian... Like “Uff-da” to express relief and “Dupa” to talk about someone’s rear end. The people of Minnesota don’t even refer to soft drinks correctly it’s not called “pop.”

Minnesota has branded itself on being nice to people, how terrible? Nice people are the worst people. Who would ever even think of holding open a door for someone who is still in the parking lot other than a Minnesotan? These people are so nice to each other it is disgusting. It is also super annoying and inconvenient to have to say “thank you” all the time.

Crocs are the only thing on this list that I'm being 100% truthful about. These little rubber Devils even have their own store at the Mall of America, and it smells so weird in there. Although they are a little bit comfy and super convenient, they are so ugly. So many Minnesotans are guilty of putting the strap back and going into “adventure mode, ” and it's just a little bit horrible.

So ugly. The North Shore is made up by cities like Duluth, Grand Marais, Lutsen, and Two Harbors. There is absolutely nothing to do up there, well besides all of the state parks, scenic railroads, cruises, nature centers, shopping areas, breweries, wineries, alpine slides, gondolas, and canopy tours.

Also super, not cute, would make for a terrible Instagram. Nothing actually cool or historical up there. Places like the United States Hockey Hall of Fame, the Minnesota Museum of Mining, the Minnesota Discovery Center, the International Wolf Center, and Bob Dylan's childhood home are horrible places to visit; you won't learn anything or have any fun.

Nothing is interesting about the history of Minnesota, if you visit the Minnesota History Center you will find out that there is nothing to learn about. Their exhibit “Minnesota's Greatest Generation” is filled with a 1930’s movie theater and soda pop fountain; not cool at all. It also has a 1955 Ford sedan that was produced at the Ford plant in St. Paul.. super boring!

If you live in Minnesota and need to do some shopping, well you better pull out your credit card and computer because you're gonna have to do it online. There is nowhere to shop. The Mall of America is way too small, and only has 520 stores and 50 restaurants…what a joke. The MOA is pretty much the only mall in the twin cities, forget about Southdale, Rosedale, Maplewood, Woodbury Lakes, Northtown, Calhoun Square, and the Galleria in Edina.

The Minnesota State Fair is the largest State Fair in the United States by average daily attendance; The highest daily attendance was recorded on September 3rd, 2016.. 260,374 people went through the gates of the "Great Minnesota Get Together" that day. Terrible, there is no reason that many people should be in one place at one time. What makes this whole situation even worse is that everyone goes for the food. The annual staples for a lot of folks are the cheese curds, pronto pups, roasted corn, and whatever else they can fry and put on a stick. This year's new fair foods are enough to make you lose your lunch, they actually plan on serving things like sweet corn blueberry eclairs, duck bacon wontons, and deep fried avocado to paying customers. None of that sounds even a little bit good.