Will the real Floridians please stand up. 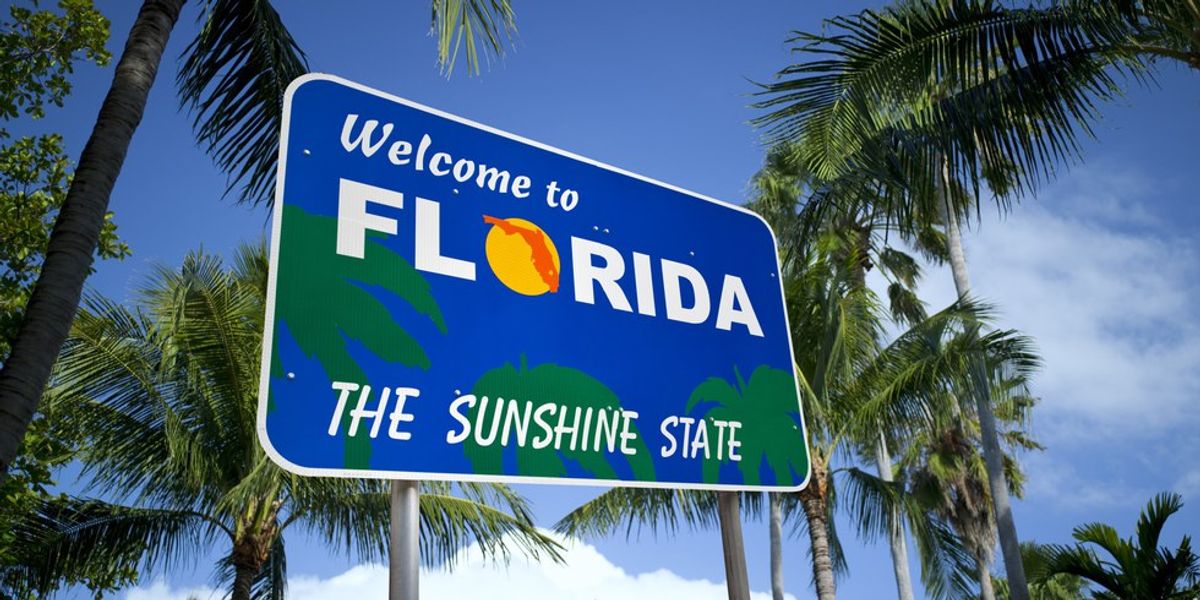 Disney World, beaches and nothing but sweet, sweet sunshine are just a few of the things that come to mind when people think of Florida. However, there's more to it than that. There's a whole other world that people do not know about Florida. And who knows Florida better than a typical Floridian who's seen it all? I know I'm not alone when I say that these are just a few things that Florida is really about:

Florida is definitely known to have outrageous temperatures, sometimes reaching to 100 degrees. When you go outside, prepare to be drenched in sweat.

2. Summer is the only season

Florida basically only has one season and that’s summer. Rarely does it ever get cold, and if it does, Floridians are dressed up as if it’s about to snow.

Hurricanes are one of Florida’s biggest natural disasters.

These animals should basically be Florida’s national animal. Seeing an alligator anywhere in Florida isn’t rare, it’s just a typical sighting we Floridians see on a daily basis.

Almost all Floridians shop at a Publix. And there’s usually about a few right around the corner from where you live. Plus hello, their Pub Subs are amazing!

With Disney World and Universal Studios, it's one of the biggest tourist spots. And the best place to get stuck in traffic for almost two hours.

Some of the strangest crimes go on in Florida. Usually something about your town will be on the news at least every other day.

If you’re one of the lucky ones then I’m sure you’ll never have to worry about this, but Florida is known for causing frizzy and impossible to work with hair. Just don’t even bother straightening your hair because it won’t stay like that for long.

Florida practically only gets four weeks of sun out of the whole entire year.

Florida is known as the melting pot in the U.S.A.

Nicole Marie Nigro
Individual Creator
6911
c1.staticflickr.com
Where to start...... Let me start with the cliche that life throws us curveballs and what we do with it is what counts.