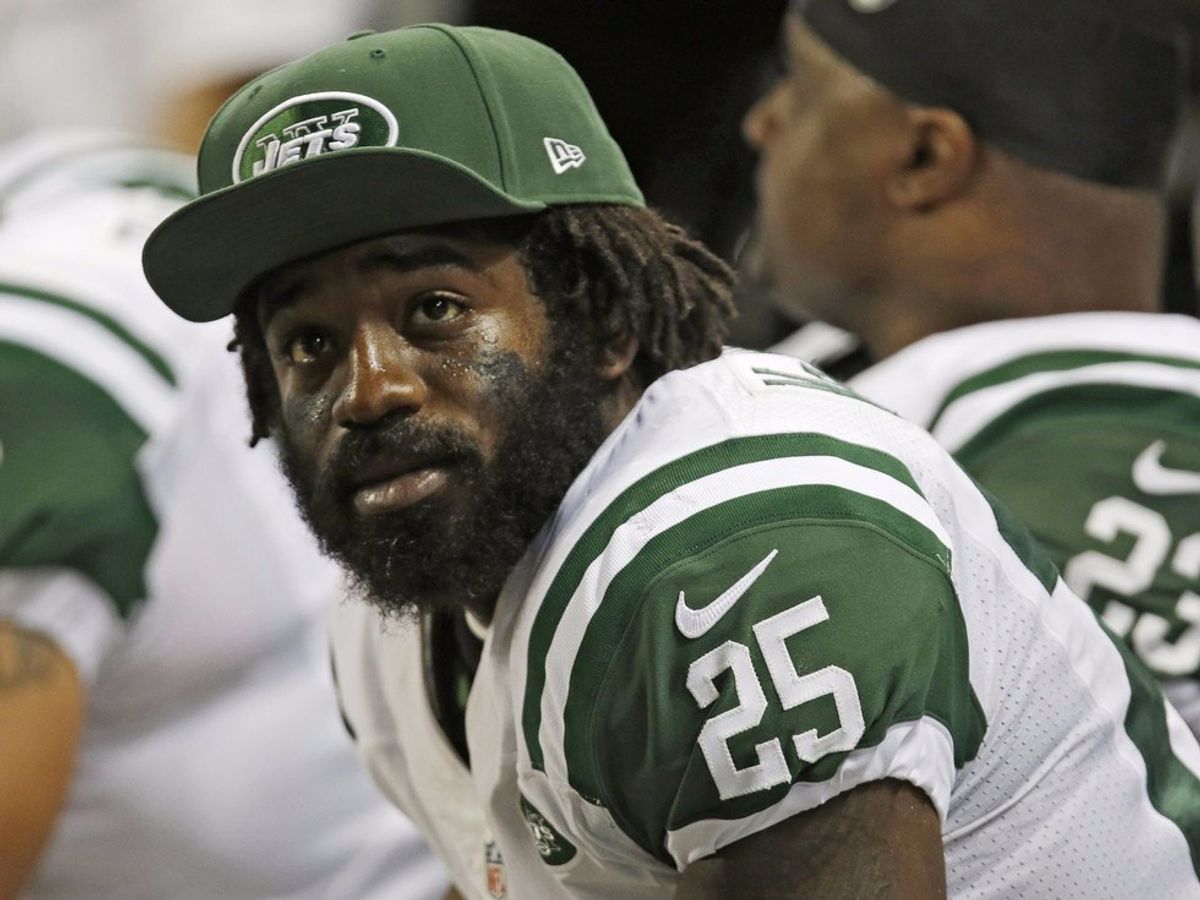 I remember the game like it was just the other day. The Jets, down 7-0 after the Ravens scored on their first possession of the game, were set to return the ball.

The man who was awaiting the kick was Joe McKnight. I had remembered his tumultuous rookie campaign, once vomiting in rookie minicamp. He seemed to be out of shape and not in the proper condition to play football. He was fumbling in the preseason and was a backup for almost all of 2010. However, with the Jets having locked up a playoff spot, McKnight got his first start in the last game of the season. Joe ran for 158 yards on 32 carries. I was blown away by his sheer speed and ability.

Fast forward to the game against the Ravens. McKnight catches the ball 7-yards deep in the Jets end zone. There was no hesitation as to whether he would take a knee or run it out. Once he got that ball, his eyes were down the field.

I remember watching that play, that game. Me and my dad knew immediately when he jab-stepped the last defender that it was a touchdown. We hugged and jumped and screamed with joy. It wasn't even that important of a play. It was only the first quarter and it was a tie game. But after he scored I was buzzing with excitement for the rest of the game.

We lost that game to fall to 2-2 and the team didn't make the playoffs for the first time in three years. However, I kept that memory of McKnight with me for a while. It highlighted the tremendous potential McKnight had. But as history would dictate, the Jets released McKnight before the 2013 season. For three years, I moved on from that play and from McKnight.

Today, after hearing of his death, the memories came flooding back. At first I was shocked, like when any young athlete dies. After the initial shock, I felt sorrow and grief--not only for the death of a former Jet, but more importantly the death of a 28 year-old person.

But the lasting memory of Joe McKnight running full speed down the field, and my dad and mine's elation that followed, was what really stuck with me. That's the beauty of sports. I had never met this man, yet he gave me one of the most exciting moments I've witnessed in my life. He left an impact on me through one 107-yard dash. A run down the field. Even after three years had past, I was instantly brought back to that moment in time.

So thank you Joe for bringing a moment of joy into our lives. Thank you for giving us a lasting memory. Rest in peace. You'll be missed by many.