How 10 Years Of Band Impacted My Life
Odyssey

How 10 Years Of Band Impacted My Life

Music had taken a firm grasp of my heart and I was more than okay with that. 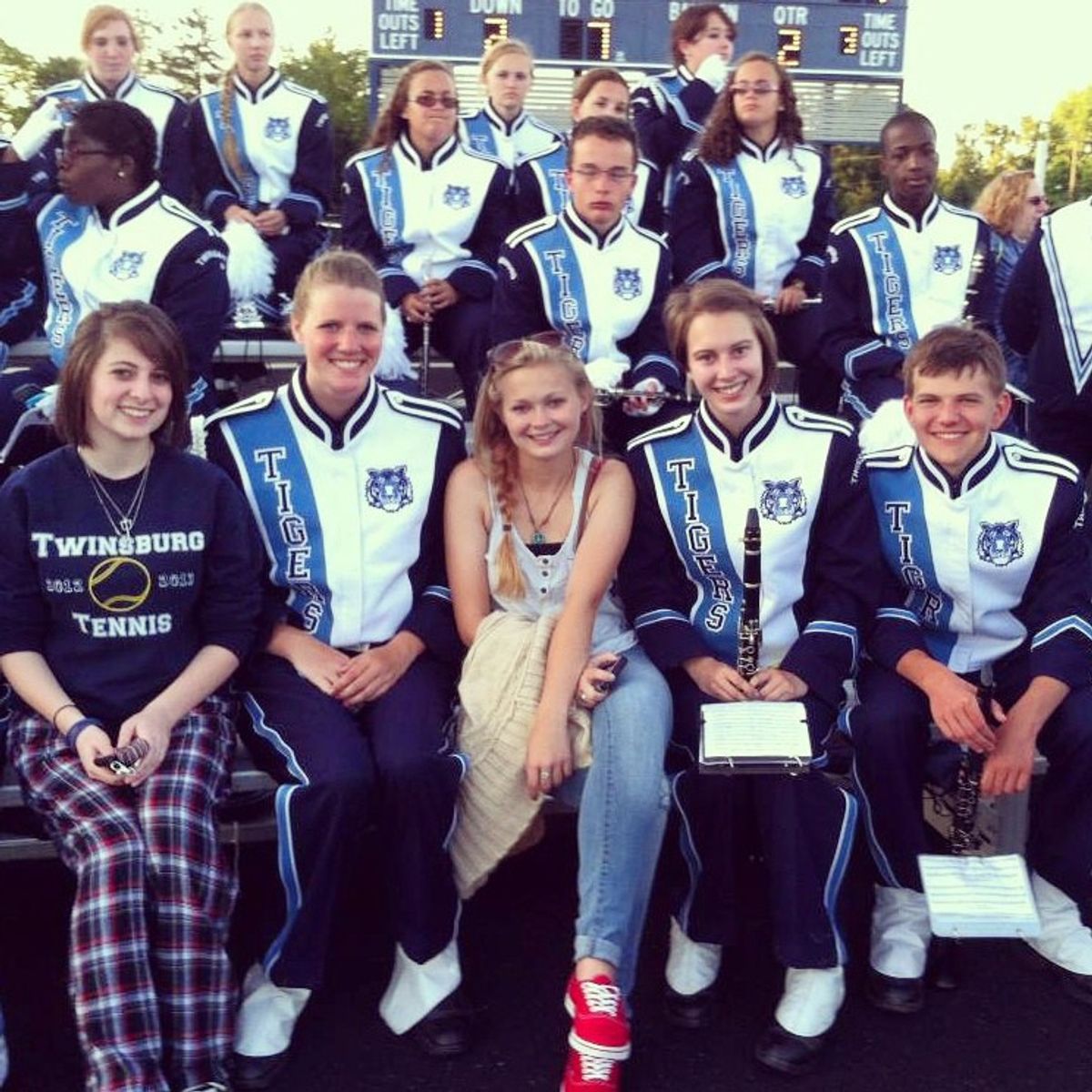 My love for music began at a young age. My parents had different tastes in music, and growing up I listened to The Dixie Chicks with my mom and Slipknot with my dad. No matter what was going on, I always remembered there being some kind of music playing in the background. I liked listening to loud country music with my mom in the car or while cleaning, but then also listening to even louder metal music with my dad when my mom wasn't home.

As I grew older, I began to develop my own taste in music and I listened to as many different bands as I could. It was never enough for me, I always wanted to know more about music. At the age of 10, I decided that I wanted to join band. I had my heart set on playing the flute because I thought they sounded pretty, but I went with clarinet instead. It was a little difficult to learn, but the more I learned, the more I fell in love with it.

When I first began playing the clarinet I would practice rhythms, small songs in my music book, and I would practice learning how to play new notes. I always wanted to learn more and I always wanted to improve. Some of the higher notes were hard for me to get out for awhile when I was younger, but I would always try to get them and would constantly play around with my clarinet, learning how different keys had different sounds and how to improve my tone quality.

Before I knew it, music had become a huge part of my life. Band had become my absolute favorite part of the day and I never went a day without music. Going a day without music was like wasting an entire day. Whether I was playing, singing, or listening to music, I never went a day without doing something musical. I had also tried to learn more instruments, I was always reaching for more knowledge. Music had taken a firm grasp of my heart and I was more than okay with that.

There were two years in high school that I was not in band due to scheduling conflicts and those were probably the two hardest years for me. My youngest brother was in band, and I loved going to see his concerts, but it also made me incredibly sad because I wished I was the one on stage playing my heart out. I often left his performances with a strong feeling of melancholy that was hard to get over.

By my third year of high school I was able to join band again and go through my first ever marching band season. I loved it so much more than I thought was possible. I did not understand that your band was your family until I went through marching band for the first time. We all shared a strong love for music that brought us closer together. The long and hot hours of practice brought us all closer together. Band was where all of my high school friends came from. They were the best friendships I could have asked for. I had never felt such a large amount of passion for a group of people and an activity before. It felt like I had lost something those two years I wasn't in band and joining again made my love for music even stronger than it was before. I finished every practice feeling accomplished and I finished every performance beaming with pride. I had never thought I would love something that much and I constantly surprised myself with my improvement and performances.

Ten years after I picked up my clarinet for the first time, I have now gone through seven band directors, numerous concerts, five band camps, five band shows, countless hours of practice, and an extensive amount of sweat and tears. Each day I am more and more grateful for music. Every day that I have music in my life is a great day. Each day spent with my band family is a memorable day. Each day with music is a day worth celebrating.