10 Things You Should Know About Dating A Wrestler
Odyssey

10 Things You Should Know About Dating A Wrestler

Keep calm and date a wrestler. 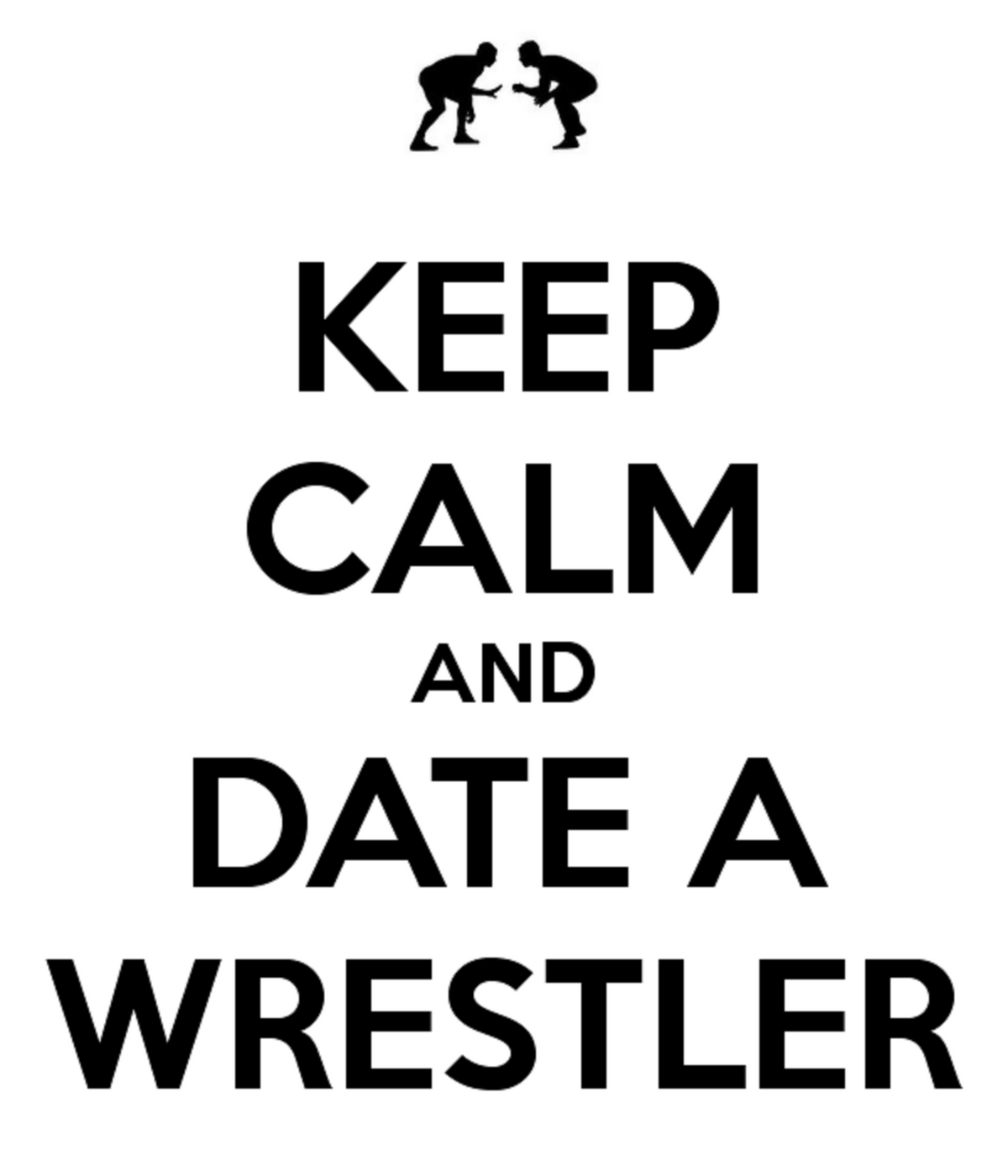 In wrestling, you don't have the typical sports uniform. Singlets are basically a tight one piece of spandex. Some may think they are awkward or weird looking, but that is what wrestlers have as their "uniforms". You will see not only your boyfriend in his singlet but over the years you will see hundreds of other boys that wrestle in their singlet as well.

In wrestling you don't have touchdowns, baskets, or homeruns. You might be thinking, "what is there in wrestling then?" Well, in wrestling you have pins, takedowns, reversals, and so much more. When dating a wrestler, you don't necessarily have to fully understand the sport, but you should have a small understanding of the terms!

Our parents are our #1 fans in everything we do, and that is the same for wrestling. You may have heard parents yelling before at a football or baseball game, but that is outside. Wrestling is inside and you will hear everything parents have to yell because you are in the same gym as them.

When dating a wrestler, be prepared to sit on uncomfortable bleachers from early morning hours until late evening hours! Don't ever plan something on the day of a wrestling tournament because chances are, you will be in a gym all day long! Wrestling tournaments last for hours, take place in hot, crowded gymnasiums, and have concession stand food.

Don't think that you will sit in a gym that smells good when dating a wrestler because I have news for you, you WON'T. There are hundreds of wrestlers in the same gym and are all sweaty. Need I say more?

If you think that you get moody when you are hungry, wait until you see a wrestler who has been cutting weight all week and just finished their match.

Wrestling is probably the sport that has the highest risk of injuries. These injuries can be minor or unfortunately sometimes major. Wrestling is two strong people lifting, and twisting each other in a singlet and headgear, so you will have injuries. Nose bleeds, bruised eyes, and twisted ankles are on the minor end of wrestling injuries, while broken bones, and torn ligaments, and concussions are on the major end of wrestling injuries, with hundreds of others in between.

Just like any other sport, losing is something that happens in wrestling too. The best thing to do if your wrestler loses is to not talk about the match for awhile and just let them be on their own until they are ready to talk to you.

Watching your boyfriend wrestle comes with anxiety. You have so many thoughts in your head like please let him be the winner and please don't let him get hurt. You will be on the edge of your seat watching his match, oh and if you like to get your nails done, don't do it during wrestling season because sometimes you find yourself biting your nails!

Sure wrestling might be a confusing, anxious, and weird sport to some, but seeing your wrestler win is worth everything else that comes with wrestling. There is no better feeling than seeing your boyfriend have his hand raised by the referee at the end of a match or being up on the podium with a medal around his neck! They have worked so hard to get to this point and they can finally say that they did it. When they win, you win too because you have a happy wrestler! You may also find yourself holding back some tears after a win or after a huge milestone in wrestling!

There you have it, ten things that you should about dating a wrestler! Wrestling is a sport with so many pros and cons, but you may eventually find yourself loving the sport just as much as you love your wrestler!

Nour Elshazly
UCLA
5055
https://unsplash.com/photos/8mj-o2H5PKE
You haven't just heard it once, but you've heard it a million times. So called "cuffing season" is upon us, and suddenly everyone is freaking out over being single the closer we get to the holiday season. Instead of sitting around and feeling sorry for yourself, think about all the things you need instead of a boyfriend.
Keep Reading... Show less

When You Give A Girl A Leotard