Once a Pirate, always a Pirate 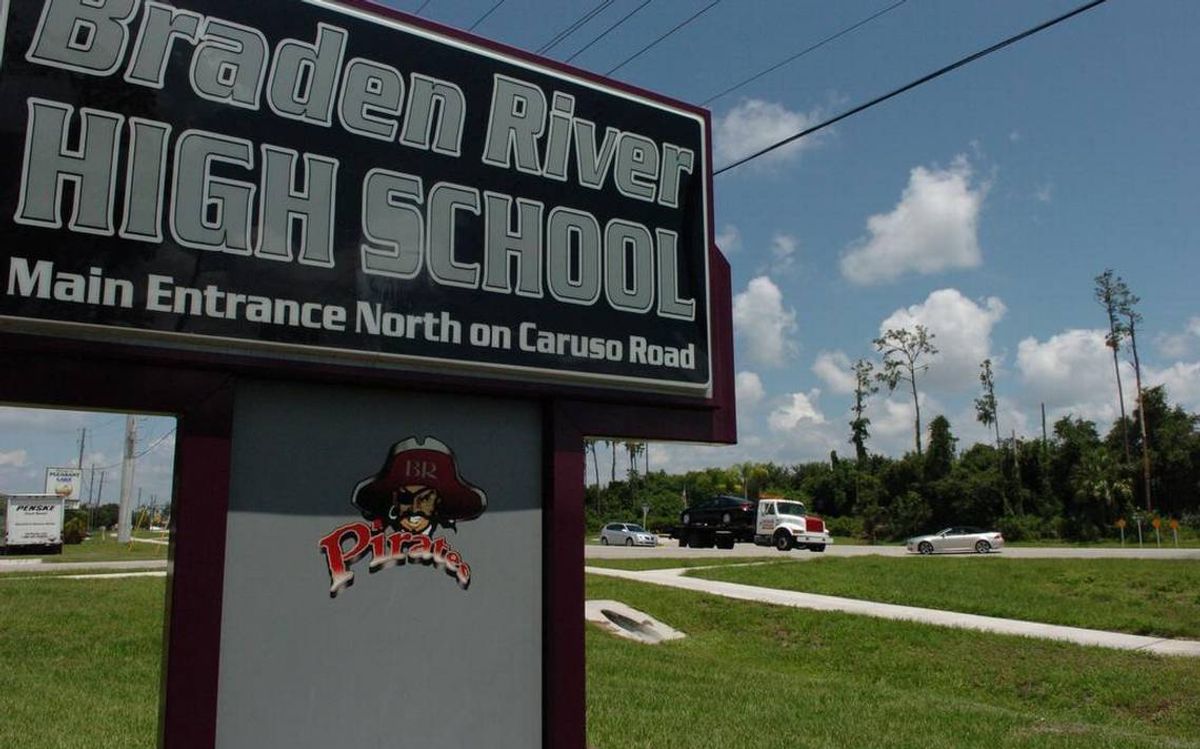 1. The dress code is strict

Unlike most public schools, Braden River is known to have a strict dressed code. Some say that it is similar to private schooling. Although that might be an exaggeration, Braden River proves to be one of the strictest schools in the state. From dress codes about rips in jeans to the colors of formal dresses, the Pirates’ dress code has always been a heated debate.

2. Dr. Gilray knew how to run when there is a fight

There weren’t many fights at the River, but, when there was, I amongst other students watched in awe as we witnessed our principal rip off her heels and dart toward the central action in record time. This was routine that was perhaps waited on by many students. Dr. Gilray is a hoot to say the least.

3. Clumpy is the most popular thing on campus

After beating Lakewood Ranch in the Chick- Fil- A fundraiser, Braden River was given their own plush cow. Being salty as we are, we Pirates named the cow ‘Clumpy’ after Lakewood’s mascot. The cow spent nights with members of the Student Government, faculty, and administration. Clumpy even had her own social media account started by student “lover,” the Student Government president.

4. DO NOT WALK ON THE GRASS

Yes, this is a rule. Yes, I still feel like a rebel two years later whenever I walk on the grass on my college campus.

5. Lakewood Ranch High School Mustangs are our enemies (in a friendly way (hahaha no))

Where I went to middle school, students were practically split between going to Lakewood Ranch and Braden River. I was zoned for Braden River. However, I did not realize how big the rivalry was until my first football game against Lakewood. During my freshman year in marching band, my school was hosted by Lakewood for Football Friday. I was warned previously that the marching band I was in would leave the field if the booing got too bad. I, mistakenly, could not believe that this would happen. Although we stayed for our whole performance, we were booed. Unfortunately, we were booed the next three years, but, honestly, we were booing right back at them. Friendly competition, right?

Can we all give a little prayer to the once angelic cookies of Cookie Thursdays? This luscious snack appeared in many of our latter periods of the day. The proceeds went toward the TMH kids! Great cause, right? I'm still not too sure the direct cause of the deletion of Cookie Thursdays, but I will say that they served their purpose so so well.

7. The spirit section is always on fire

For real though. My last few years of high school were devoted on making the spirit section engaging and that happened. Even after I graduated, there were so many improvements. Now, the spirit section is by the marching band. Together, they cheer on the football team while having a spirit rivalry themselves.

During a football game, whenever we scored, the band would play the Fight Song while the cheer squad, dance team, and spirit section would recite the lyrics. In that moment, there is honest and pure happiness. This gives all Pirates at the school a sense of pride as it always did for me back then.

9. SAM SHOULD HAVE WON AMERICAN IDOL

Well, maybe not. The Bradenton star and Braden River hometown hero, Sam Woolf made an appearance in American Idol's 13th season, placed fifth. I remember being interrupted in first period AP World History (not complaining TBH) to get out our phones (which we weren't typically allowed to do) in order to vote for Sam. Many students, like myself, watched each week to see how far Sam would advance!

10. We know that once a pirate, always a pirate

Even after two years, I make my way back to the River whenever I can. I am always greeted with open arms.

Attending Braden River for four years definitely had its ups and down. However, I would not be where I am right now if it wasn't for the random rules, suspicious food, and endless memories of being a Pirate.