I get that it looks pretty, but is that worth it? 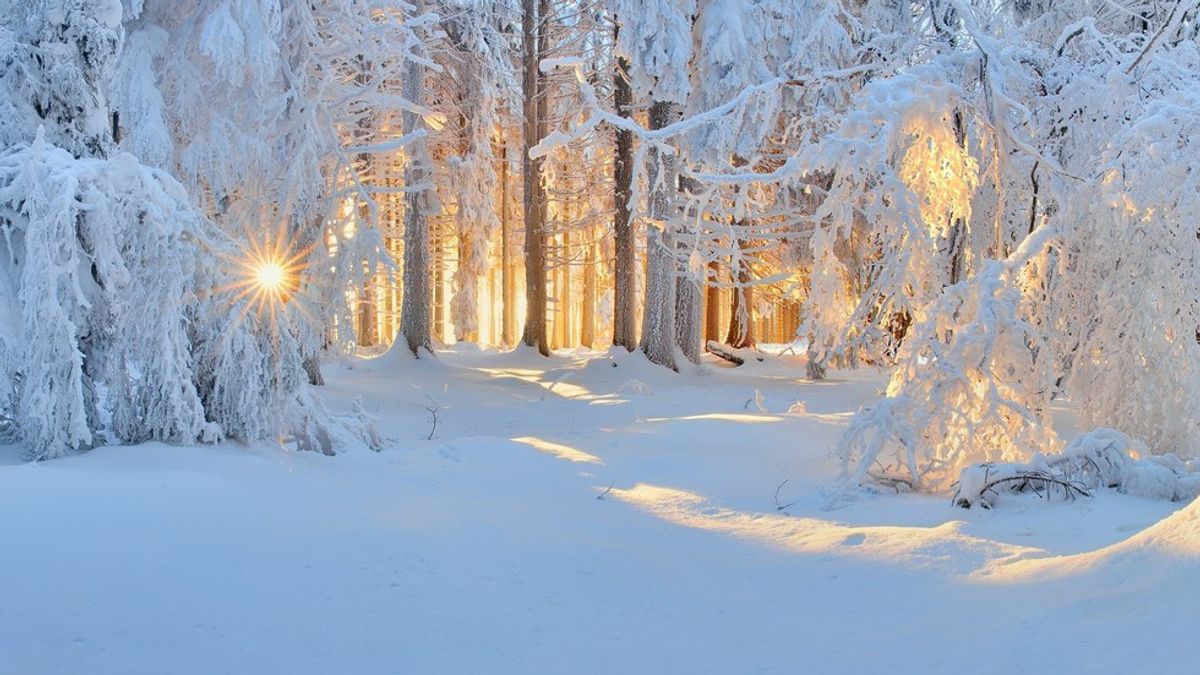 I understand that people think that the snow is pretty and is just a part of the changing of the seasons. As a child, I used to LOVE the snow & everything that came along with it. Now, as I grow older, it has become another part of my life that I find a nuisance. Like many people I know, I just do not have the time to deal with this extra obstacle in my daily life.

The biggest downside to the snow is that it is, by definition, freezing. Personally, I cannot handle any temperature drop below 70°F, so this just might be a personal problem. However, that does not dispute the fact that the snow is too cold for comfort. As soon as I step outside, I am rendered physically useless because my muscles will not operate properly in that degree of chill. I go into a temporary state of hypothermia, seriously.

Again, by definition, snow is wet. However, that is one of its most annoying qualities. As soon as you go outside, your feet are cold and wet, your hands are wet, and you just feel like you need to go take a hot shower.

3. The snow is only pretty for 3 seconds.

The ONLY time I like the snow is when it is first falling from the sky, preferably at night. Those first few centimeters of accumulation are beautiful and immaculate. Until some guy drives down the block and messes it all up. It is only a matter of time before the dirt gets mixed in with the snow, and suddenly the whole world looks like a chocolate flavored water ice. (Life Advice: Do not eat the snow. It's dirty.)

4. The snow is incessant.

What I mean by this statement is that the snow never just goes away. It is not like rain, where it can be rainy one day and then the next, be perfectly beautiful and sunny out. With rain, you would have no idea that it had downpoured the previous day, if it were bright and sunny today. However, with the snow, it is a commitment. It stays on the ground for a long time, until the sun has reached a temperature for an extended period of time that could melt it. Given that snowfall happens in the colder months, the sun does not always comply with this and it could take months for the snow to melt.

5. The snow is unpredictable.

As soon as people hear "snow", that's it. Everyone is gearing up for the apocalypse. Do not even try to go into any supermarket when that weather forecast comes out, unless you want to be trampled over in the pursuit of non-perishable items and toilet paper. Every deli, supermarket, drugstore, and shop looks like there is a worldwide shortage of just about every item on the shelves. Having worked in a supermarket setting personally, I can attest that people go absolutely insane during these days before a snowstorm. All of the bread - gone. All of the milk - gone. All of the soup - gone. All of the eggs - gone. You get the idea.

7. The snow messes up routines.

The snow completely throws off my whole routine, in regards to school, work, etc. As a child, I used to love the possibility of snow days, because I would be able to just stay in my house and sleep, without any struggles in the world. However, as I grew older, I realize that this is NOT the case anymore. If my school closes, I have to make up those days and that material at the end of the semester. My exam schedule is completely thrown off and I may have to make those days up in May, when the weather is absolutely beautiful out! Not my favorite thing to think about.

8. The snow is dangerous.

Snow is quite possibly the worst road condition there is. I would say ice is, but people are bound to be more careful if they know that a particular street has ice on it. Some people would avoid those streets altogether. The snow, however, is particularly dangerous because people underestimate it. People will still speed on roads that are filled with slush, especially if they have four-wheel drive. However, there are plenty of people that may not have four-wheel drive and that renders our cars very affected by the snowfall. Personally, I have gotten stuck numerous times in the snow & I even have front-wheel drive. There is slipping, stopping, etc. on the roads during snow. If the roads are not properly plowed, the snow could turn into ice and then we have an even bigger problem on our hands.

I understand why kids love the snow - it is so fun for them! They can build igloos, make snow angels, have snowball fights, build snowmen, etc. Despite all of that, however much the children love the snow, I can almost guarantee that their parents are not as keen about it. Therefore, there are a lot of children or even adolescents who are outside playing in the snow without adult supervision. This is highly dangerous. Children run and jump and push each other around when there is snow and with drivers worrying about getting down the block in one piece, there could easily be deadly consequences to children being overexcited and playing without adult supervision. Many parents will just watch out of their living room window to make sure their kids are doing okay, but that does not help prevent accidents.

10. The snow means that spring is not here yet.

Snow = cold = winter = NOT spring or summer. This is a personal opinion, I know, but it is a fact nonetheless. As soon as the New Year is over, I am immediately ready for warmer weather, although I know the cold has only just begun. I am already starting a countdown on my cellphone for the first day of Spring. Currently, I am hopeful that this was the only snowfall of the season, but we will have to see about that.