10 Reasons That Animal Rehabilitation Is The Best!

10 Reasons That Animal Rehabilitation Is The Best! 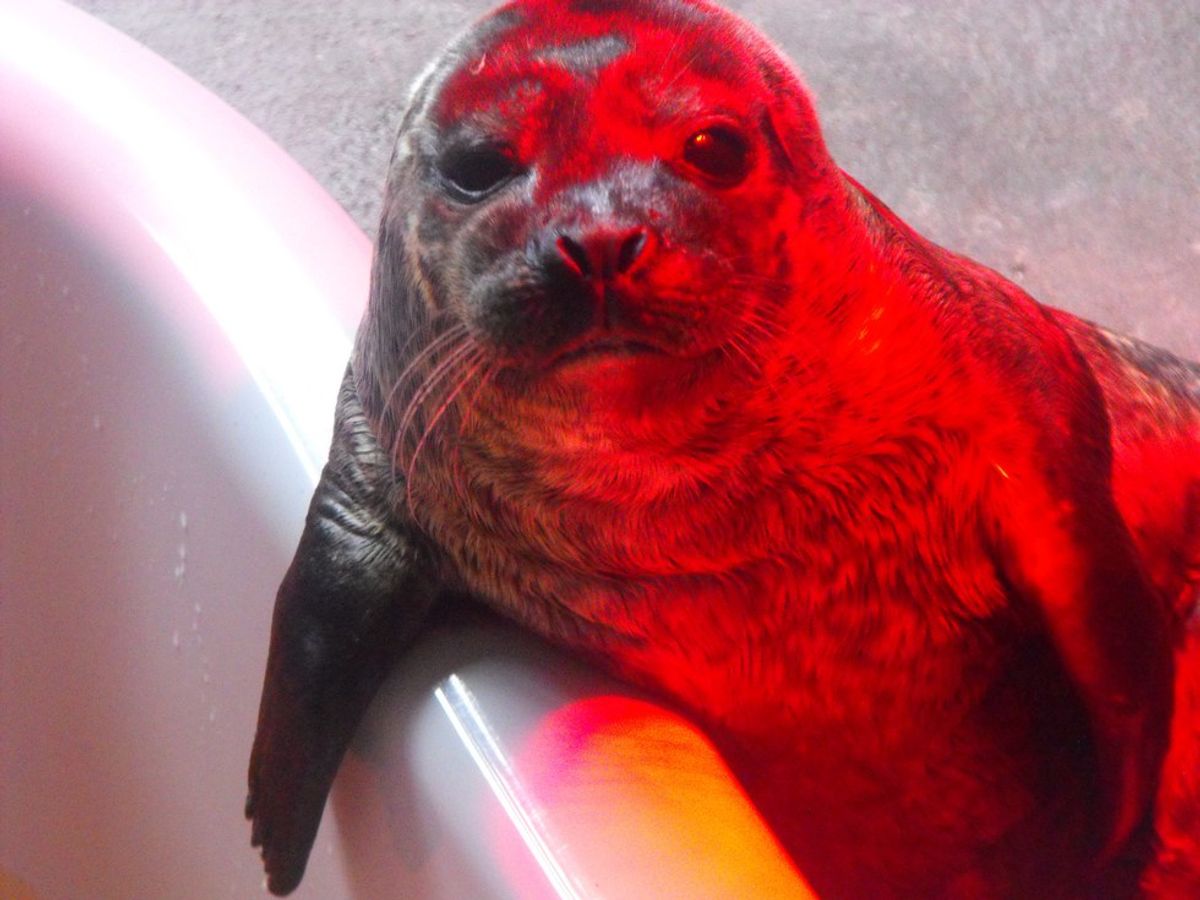 1. You learn about amazing animals!

I have worked with birds and seals so far, and while exotic birds are really amazing, seals are just something special! I have learned a ton about seals, pinnipeds in general, anatomy, behavior and more!

2. You meet incredible people along the way.

I will never forget the amazing people I spent three months with, lived with, worked with and had the time of my life with. From weekend excursions to late nights with the animals and "family" dinner nights, we became great friends and I got to know the most amazing people from all over the world.

3. You learn something new every day.

In just two and a half short months, I have learned how to take temperatures, tube and force feed seals, make fish soup, handle and care for seals, and go through the rehab/release process.

4. You get to work hands on with animals.

Most of the time it is just to weigh the animal or clean their kennel with the larger seals, but for the younger pups, we need to tube feed them milk and electrolytes as well as take their temperatures and move them to their baths to be fed.

5. You learn to work well under stress.

I have stayed up until one in the morning sitting outside of a seal's ICU unit while they received fluids. I have helped arrange a rescue past 10:00 PM when no one was available to transport a sick seal. It is a lot of work, and it can be the most stressful thing you will ever do, but also the most rewarding.

6. You watch an animal progress and heal.

It's always hard to see a seal sick or malnourished, but it is so rewarding to see them progress through the stages of rehabilitation. You get to see them learn to eat fish on their own, move to the big pools at the center, and gain weight until they are healthy once again!

7. You see an animal get released into the wild.

You have watched them come in sick and in poor health, and by the end of it all, you see them swimming happily in the ocean, ready to be a wild animal once again. It is such a happy experience for everyone involved.

8. You learn to appreciate a schedule.

Rehabilitation means staying up until one in the morning. It means getting up at six-thirty. Sometimes both. It means never having the same two days off in a week, and never a Saturday or Sunday. It means that you have to work odd hours, more hours, and sleep less. But it teaches you that these things are necessary and worth it when you see that animal healthy again.

9. You get to experience medical procedures.

The animals that come into rehabilitation centers are usually injured and in poor health, or at the very least, malnourished and dehydrated, so they need a lot of initial care just to get to a normal level of health. Because of this, animal rehabilitation often involves medical procedures. While you can see these procedures at other places, there is a closer proximity to the animal involved when you helped rescue it. My summer with seals allowed me to see, and sometimes help with, the medical treatment of animals more than any other place.

Don't get me wrong, I personally support zoos and the work they do to educate people about animal conservation, as well as the amazing work they do for animals that can no longer be released into the wild for various reasons. But there is something especially amazing about working with an animal that needs help, knowing that it will be able to live its life in the wild, healthy and ready to be on its own!