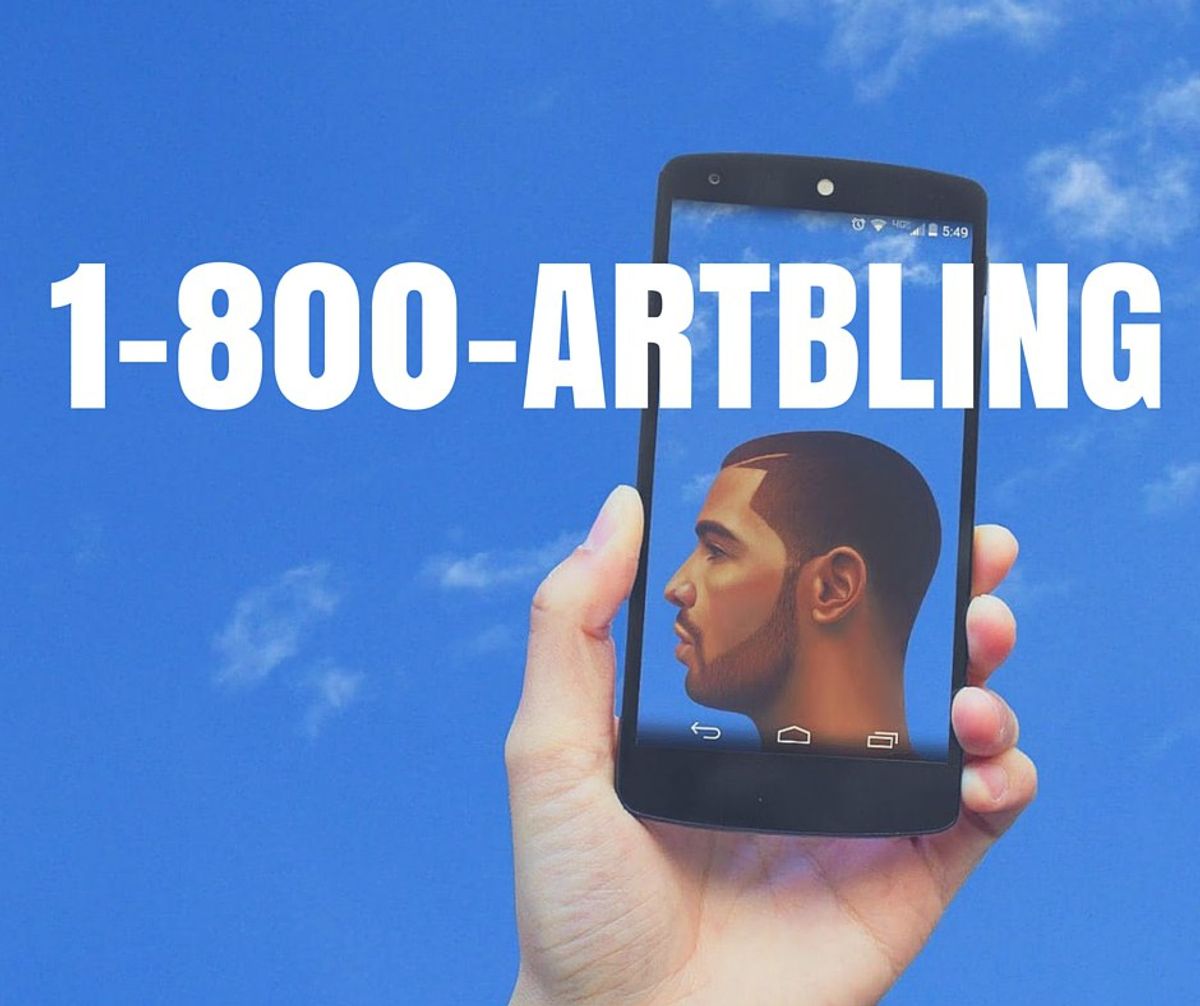 By now, you probably have heard Drake’s hit single, “Hotline Bling.” But more importantly, your social media probably has been flooded with its recently released music video, and the memes, gifs and vines it has generated. Most millennials love Drake. But what they may not know is where he got some of the inspiration for his latest video.

We often praise rappers for their knowledge, their suaveness, their way with words, and their ability to weave so much symbolism into a hit. But I, for one, am impressed now with Drake’s cultured thought and his knowledge of a particular artist that I had the pleasure of learning about in my studio art class at the University of Rochester: 72-year-old American light artist James Turrell.

The attention the video for “Hotline Bling” has received is mostly from it poking fun at Drake’s not-so-impressive dance moves, such as in this popular Instagram meme.

Drake’s impressive rapping, his irresistibly catchy tune, and his bachata-inspired dance moves all captivate audiences, but the neon lights illuminating each space in the video do not get overlooked; in fact, I think they greatly enhance the overall effect of Drake’s performance and the song itself.

According to Turrell’s website, New Yorker critic Calvin Tompkins writes about him, “His work is not about light, or a record of light; it is light — the physical presence of light made manifest in sensory form.” I urge you to visit his website to see the full spectrum of his visually stunning work.

Turrell focuses on experimenting with light and space to explain the notion that “we are living in a reality of our own creation.” This American artist aims to create artwork that will engage the viewer, and Drake’s backdrops in “Hotline Bling” certainly do just that. After the rap star visited the Los Angeles County Museum of Art to see Turrell’s most recent exhibit in person, he commented, “I f*ck with Turrell. He was a big influence on the visuals for my last tour.”

Turrell responded wittily and following the cultural norm, “While I am truly flattered to learn that Drake f*cks with me, I nevertheless wish to make clear that neither I nor any of my woes was involved in any way in the making of the Hotline Bling video.”

Turrell experiments a lot with light, including high intensity projections in manipulated empty spaces; these are his works that most resemble those in Drake’s videos. Drake says about his collaboration with Sotheby’s and art, “When I look at visual art, I automatically think about how I can relate it to my music, or music in general." Turrell’s art is not only visual, but also sensory, and Drake’s music video, by using these same qualities, creates a similar experience by giving strong visual and auditory sensory triggers.

If imitation is a form of flattery, as this Washington Post article suggests, then both world renowned artists flatter each other; rapping sensation, Drake, in his use of fluorescent background lights, and 72-year-old light art genius, Turrell, with his blog comment as well as his rendition of Drake’s cover art for the album.

Usually those who speak or write about Turrell’s works use a very dense vocabulary and even a technical jargon that even educated art viewers would not know. Critics will say that without using the correct terms, it is impossible to discuss the work, or fully understand it, for that matter. Turrell’s work has been installed in 22 countries and 14 U.S. states, but after it received some unfavorable criticism after it was exhibited in some big name museums, viewers now have to travel to the far corners of the earth to see his work in person. Each installation of Turrell’s art is built on site with care and precision, and each has a fascination with natural light just as much, if not more, than with projections. Turrell changes the forms of walls, paints walls and windows black, builds chambers for light, and strategically places bulbs or projections to create the unfathomable Turrell experience.

Not everyone will get to experience Turrell’s work during their lifetime, but if you watch Drake’s video for “Hotline Bling,” then you will get at least a quick glimpse into the experience.

Watch the video first here and then check out the comparisons of stills from Drake’s video with pictures of some of Turrell’s works below to experience the magic of Turrell’s work yourself.

Read this BuzzFeed article for a full comparison between James Turrell's work and Drakes new "Hotline Bling" video and check out the most popular comparisons below: