Reflections on a holy upbringing.

As I sit in my current church and write this article, I have begun reflecting back on my childhood as an early 2000s church kid. I've had many discussions with people about growing up in church and have found that some aspects of it seem to be universal. That being said, I thought I'd compile a list of things that you probably experienced if you grew up in church back in the day when Bush was President, flip-phones were common, and Internet Explorer taught us all the true meaning of patience.

If you grew up anything like I did, K-Love was on every single time you sat down in the backseat of your mom's car. As a youth, it never bothered me that they seemingly only played the same two or three Stephen Curtis Chapman and/or Natalie Grant bops on a loop. Am I the only one who remembers dramatically staring out the backseat window as Does Anybody Hear Her by Casting Crowns played over the speaker? Did the fact that I had no idea what the song was about at nine years old, stop me from having my moment? No. Yeah, the DJ's were a little too "positive" and "encouraging" at times. However, I must admit that I still break out the tunes of my childhood every once in a while when I'm feeling nostalgic.

Every youth pastor between the years 2000 and 2008 seemed to follow a simple formula when it came to getting ready in the morning. I can't remember ever seeing one who wasn't wearing bootcut jeans with flip flops paired with some kind of graphic tee. These were always accessorized with a Jesus fish necklace and an acoustic guitar, finished off with over texturized hair. (See the below photo of a closeted, 2002 Lance Bass for reference)

When they weren't strumming along to an acoustic version of Oh How He Loves, they were probably over-enthusiastically asking you personal questions about your home life. (All with good intentions though)

Now, Vacation Bible School or VBS, for me was a big part of my life as my mom was in charge of it for our church every year. My summers were spent painting props and picking costumes as we planned out the week's events. Events included, but were not limited to group choreographed worship songs (which I pretended to be too cool for), games (which some kids took way too seriously), a peanut-free snack, a Bible lesson, and an M&M obsessed rodent with the beady eyes of a killer. (Pictured below) 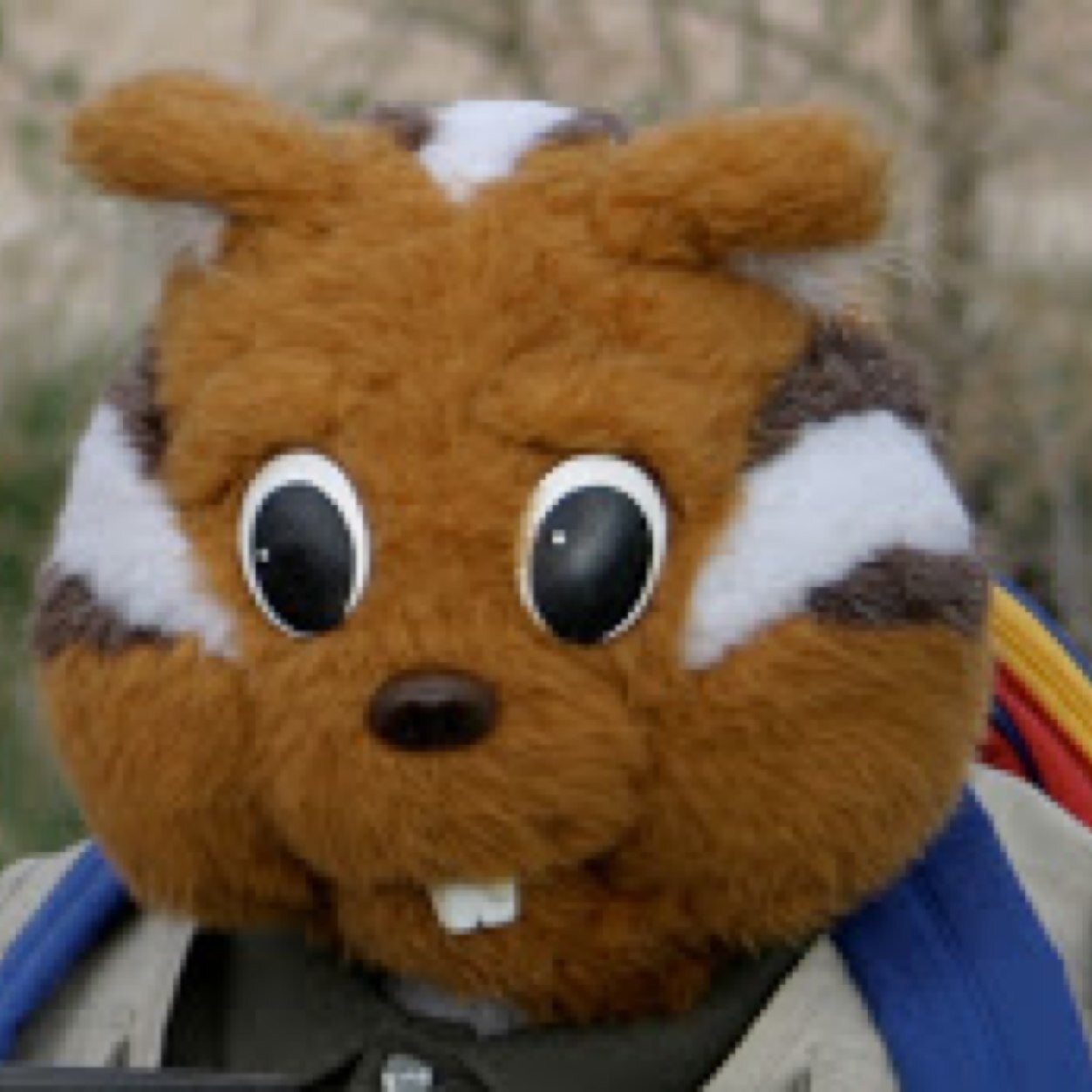 Going to movies was fun and all, but if the selected movie had anything worse than a PG rating, it was time to consult the eternal, God-ordained, moral authority, Focus On the Family. I'll never forget the anxiety I would feel as I watched my mom pour over the words of a Focus On The Family, PluggedIn review. If you don't remember these, they were those online reviews that told your mom whether or not the movie you wanted to see had any F-words or boobs. Of course, it was always disappointing to have to explain to my friends that we had to pick a different movie because "around 40 minutes in, a nipple is visible." However, I don't resent my parents for being cautious about what I was watching. They kept a lot of crap from going in my head and I find myself quite grateful for that as an adult.

Whenever I hear those two words in the same sentence, I'm transported back to humid summers of my youth. The awkwardness, the heat, the insecurity about showing off my man boobs at the pool always made camp the most memorable part of my summer. Who could forget the cafeteria food and how it solidified like a block of cement in one's stomach? Was it chicken? Was it beef? Was it horse? All I know is that it was a truly a test of my trust in God at every meal. I could never poop for a month afterward. Meals were usually followed by chapel services where I would rededicate my life to Jesus for the eighth time that month. Tears were usually shed. While I believe the Holy Spirit was moving, I think the sleep deprivation and lack of air conditioning contributed as well. Lastly, anyone who went to camp would never forget the most important rule - no purple. This basically meant don't touch anyone of the opposite sex with anything more than a Christian side hug. Anything more may have resulted in an unplanned pregnancy.

Growing up, nothing was weird to me about this children's program. As an adult, if you told me there was a show about CGI vegetables singing songs about Jesus, I would assume that it was something that came out of Woodstock. Silly Songs With Larry gave us iconic anthems such as God Is Bigger Than The Boogie Man and Where Is My Hairbrush? The concept of a cucumber ransacking his bathroom for a hairbrush only to realize he's bald seems kind of far fetched, but somehow we can all identify with Larry and his search for identity.

These were cute to look at and are a great way to tell Bible stories to a group of pre-schoolers. They were colorful and entertaining. However, I must say that the stories told on felt did not quite prepare me for the actual stories found in the Bible. For instance, the story of Noah's Ark found in Genesis seems to involve much more death and destruction than was found on the felt board. I suppose you gotta keep things age appropriate though. 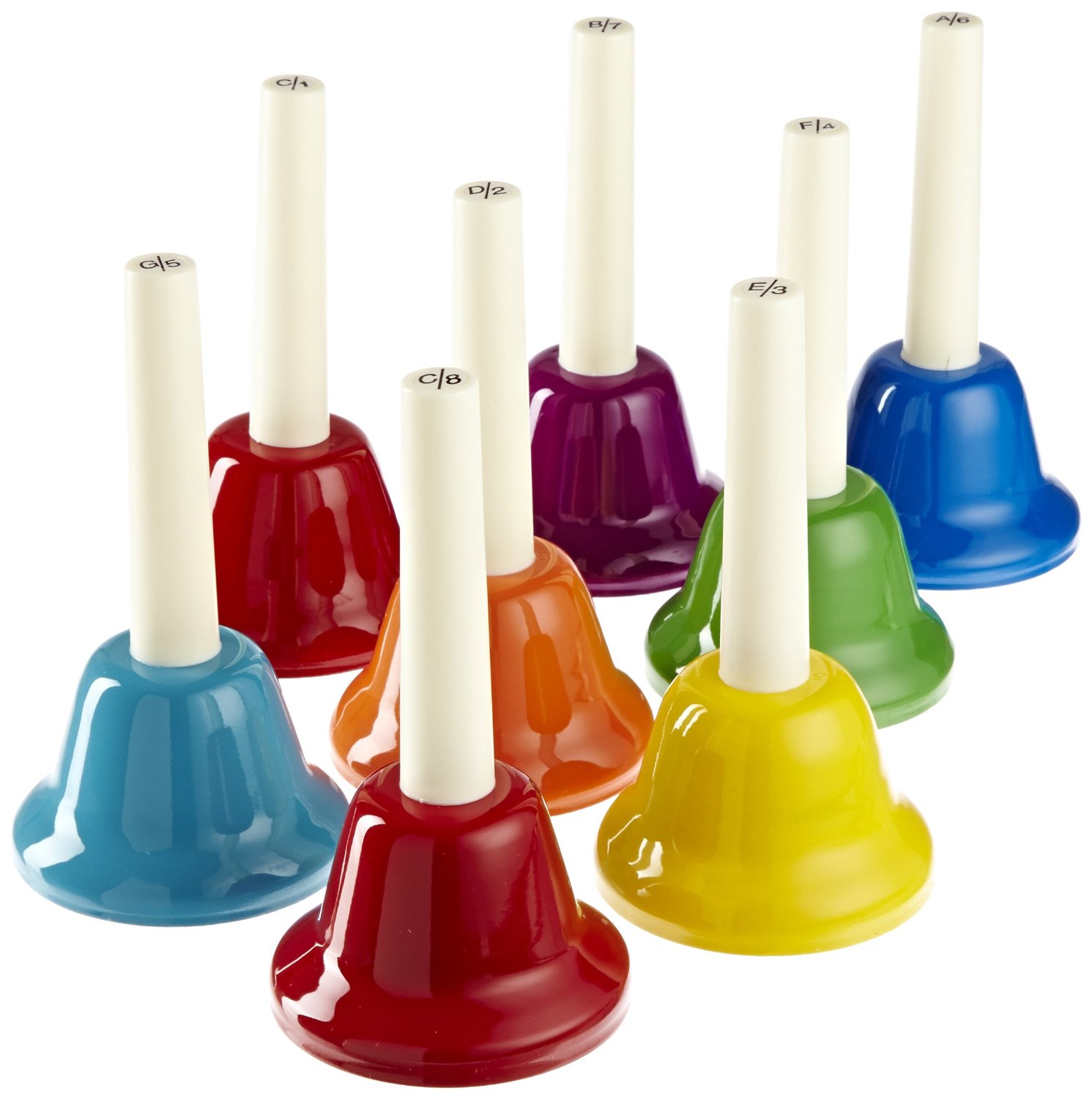 God bless every Sunday school teacher who had the patience to teach a group of rambunctious six-year-old kids how to play these. Not only did we never play when we were actually supposed to, but for some reason, we thought it necessary to ring the bell as hard as humanly possible. Apparently, God wouldn't hear them unless we almost cracked them with each aggressive shake. The bells were fun for more than just music though. I liked to put them under my shirt and pretend to have boobs. Ah, to be young again.

Nothing was more fun than piling a couple dozen teenagers into a few church van to go paint a wall two states away. No, don't get me wrong. These trips were a great opportunity to grow closer to friends and youth leaders. But, usually, the work on these trips included something unnecessary like painting the same room the previous youth group painted the week before. Did most of us on these trips actually sign up because we wanted to do ministry? Probably not. Did being away from our parents for a week have something to do with it? Yes. I didn't mind the work though. Painting is fun with friends. 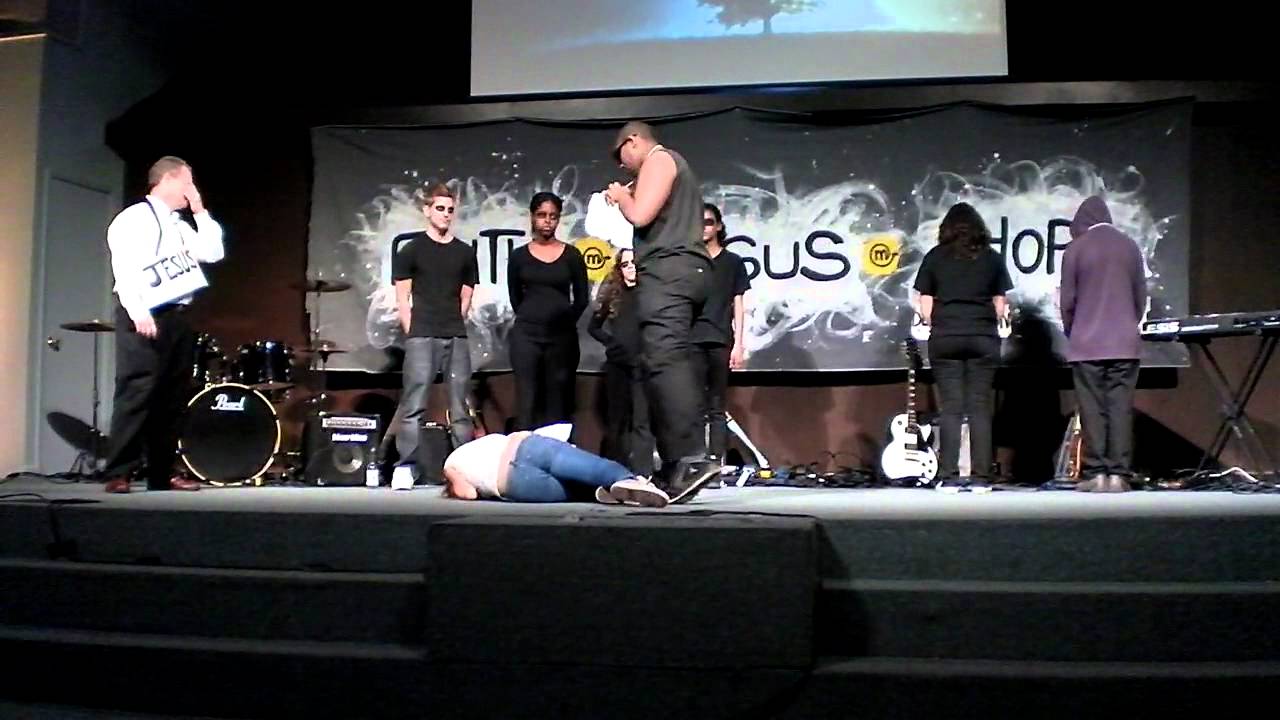 At some service, retreat, conference, or camp, you either watched or participated in that one skit. You know...the one. It always started out with a young naive, happy girl walking around and slowly she would start putting different sins around her neck. By the end, everyone representing the sins would grease up and give her the beat down. It didn't end there though. Then, the one kid in youth group who could grow facial hair would come in dressed like Jesus and carry her away. Oh, and all of this took place to Bonnie Tyler's Total Eclipse of the Heart and I still don't know why. Either way, it's iconic.

While it may sound like I'm knocking these things, I'm actually quite appreciative of my roots. They grounded me into faith in the same Jesus who was with me as I listened to K-Love at eight years old and who is still with me in my weekly existential crises at 22. I had a really good childhood, and for that, I will forever be thankful.

Christian College Students Are Rushing Marriage, And They Need To Slow Things Down

A Letter To My Future Self, My Senior Year Self

This Is Your Personality, According To 12 Of Your Favorite Desserts