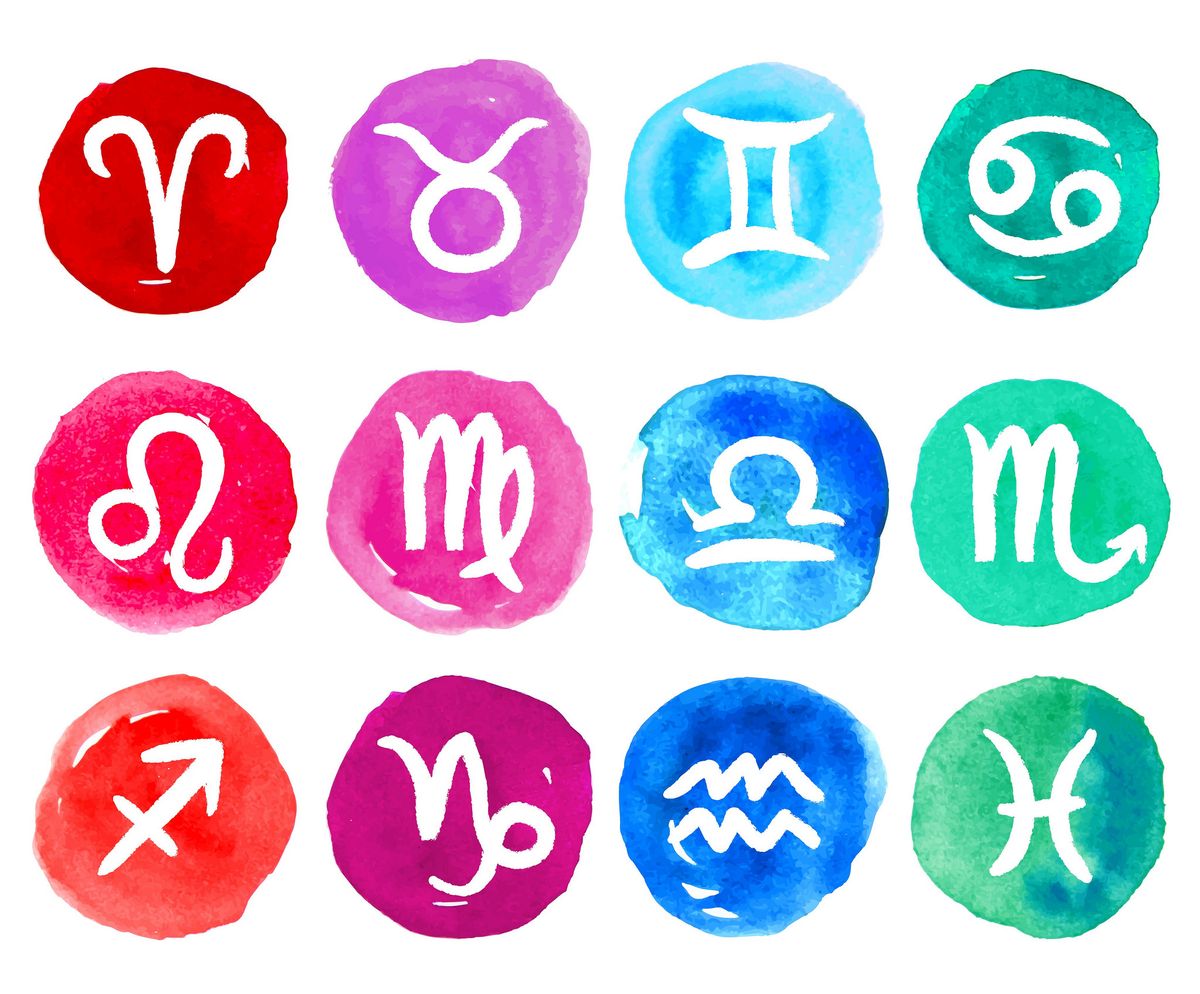 The 12 signs of the zodiac can be grouped together by elements. The signs affect all of us throughout the year as the Sun and other planets cycle through the horoscope. This article will comprise on the Zodiac signs fast facts and parts of personality! Look up yourself, friends and family. Does your sign describe who you are as a person? Find out!

Zodiac fast facts and information on the signs in relation to their ruling planet were found here.


Aries is the first sign in the zodiac, they are usually the first to take action in situations. Because of the ruling planet Mars and their element fire they are considered one of the most active zodiac signs. They possess a youthful energy regardless what age they are. They display a passion for life itself unmatched by other signs.

Leo's strengths include being creative and warm-hearted. Their weaknesses include arrogant and self-centered.

You will hear the lion roar. This is because Leos are natural-born leaders. They are self-confident and creative, they will be able to succeed in whatever field they chose to commit to. They often have many friends for they are generous and loyal and warm-hearted. On the other hand, Leos are in search of self-awareness and growth in their ego.

Sagittarius’s strengths include being idealistic and a great sense of humor. Their weaknesses include clingy people, being constrained and details.

People that are born under this sign are extroverted, enthusiastic and dynamic. Freedom is most revered by people born under this sign because it then they can travel and explore the world and other cultures. They often can impatient when faced with things they desire and must learn to express themselves in a way that respects others as well.

Taurus's strengths include being reliable and devoted. Their weakness includes being stubborn and possessive.

Because Taurus is an Earth sign, they are able to see life from a realistic and grounded perspective. Although stubbornness can be one of their weaknesses, it can also be seen as a positive attribute because they can stay on the same projects for years or until they are completed. This makes them excellent employers, great long-term friends and partners.

Virgo strengths include being loyal and hardworking. Their weaknesses include worrying and critical of self and others.

Virgos are considered the most careful signs of the zodiac. Virgos do not go throughout life without as many things in their lives being as planned out as possible. This sign is often misunderstood because of their inability to accept their feelings as valid. Since Virgos is under the planet Mercury, Virgos can have a well-developed sense of speech and writing.

Capricorn’s strengths include being responsible, disciplined and having self-control. Their weaknesses include being a know-it-all and being unforgiving.

People born under this sign, have a sense of inner independence that helps them push forward to achieve their personal and professional goals. They are experts at making plans and following through with them. They are the masters of self-control.

Gemini's are social, communicative and ready for fun! Because of their dual personality they can sometimes be serious and thoughtful. Very curious, they seek to learn everything about the world that they possibly can! People that are born in this sign feel as though their other half is missing, so they are constantly searching for new people to talk to.

Libra’s strengths include being cooperative and fair-minded. Their weaknesses include indecisiveness and avoiding confrontation.

Libras are fascinated by balance. This avoids conflict like it is the plague, in favor of peace whenever possible. They must remember that they have their own opinion. As Libra is an Air sign, this gives Libra’s in a constant search for knowledge. Their lives need to be enriched with music and art.

Aquarius’s strengths include being progressive, original and independent. Their weaknesses include running from emotional expression.

Aquarius are deep thinkers who love helping people. They feel comfortable being a group or a community so they are constantly trying to be surrounded by other people. They can come off as aloof, this is because they want to establish trust so they can express their emotions in a healthy way.

Scorpio’s strengths are being brave and resourceful. Their weaknesses are being jealous and secretive.

Scorpios are passionate, brave and assertive people. Because of this, approach life with fierce tenacity. They value honesty and will keep your secrets. They are known for their cool and calm behavior and their mysterious appearance. They hate dishonesty.

Cancer's strengths include highly imaginative, loyal and sympathetic. Their weaknesses include being moody and manipulative.Cancers are extremely emotional and sensitive and enjoy being connected to their home. They care deeply for their families and are attached to their close friends. Those born with their sun sign in cancer can empathize with people and their pain. Cancer is a water sign so because of their emotions, they have a hard time blending into the world around them.

Pisces strengths include being compassionate and intuitive.Their weaknesses include a desire to escape reality and self-pity.Pisces are very friendly and usually find themselves in the company of different types of people. Pisces are willing to help others and love to give back. They are intuitive, caring and faithful. Pisces are very connected to music and various types of art. They are true romantics at heart.

According to astrology, our sun sign is just one part of a person's personality. The 12 houses (zodiac signs), all of the other planets and their positions at certain points of the year, and some comets align to influence us as people. For more information on your zodiac sign visit this website. And, to discover your birth chart which contains in-depth information about your personality as well as your rising and moon signs check this website out!