If You're Transphobic, Stop Calling Yourself An 'Ally,' We Don't Want Your Allyship

Don't claim to support the gays if you act ugly towards transfolk. 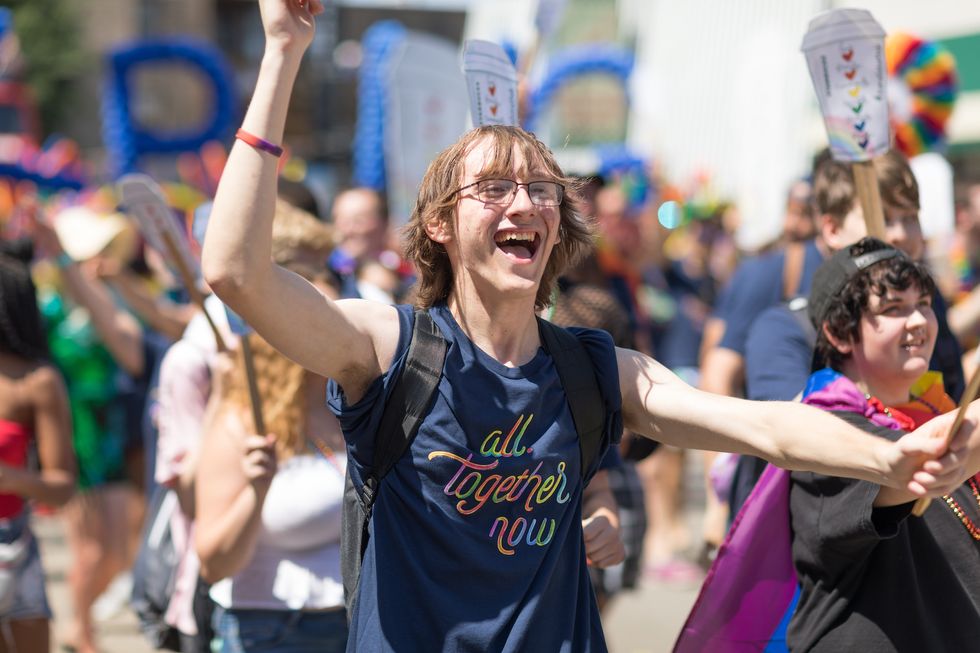 In my young and flamboyantly homosexual life, I have come across many cishet people who would refer to themselves as an ally. They swore, up and down, that they were adamant supporters of the gay community. They gushed to me about "RuPaul's Drag Race" and other gay icons such as Madonna and Lady Gaga. They love the idea of pride parades and the like, not realizing that it began as a riot due to society's repression of our "lifestyle."

A lot of the time, these "allies" were sort of tone-deaf on certain LGBTQ issues. Sometimes, they forgot the B or maybe the L in the LGBTQ acronym since, of course, bisexuals are just "confused" and lesbians "haven't found the right man yet."

But, perhaps, the greatest injustice these people have committed was their transphobia.

It's absolutely disgraceful to me that so many people are unwilling to accept transgender folks as they accept me. How dare they sit on their high horse and proclaim their support for the gays and then turn around and act transphobic. It's disgusting to me how they, sometimes, purposefully deadname trans folk or refer to them as "still a man" or "still a woman."

Now, I do think that a lot of this comes from never having met a trans person before but part of me believes it's just a total disregard for a big sect of the queer community. These people aren't harming anyone. They're not forcing you to be trans. All they want is to live their lives peacefully amongst society, going about their days as you do yours and I do mine.

To put it into perspective for you, 18 trans women have been killed so far in 2019 alone, most of them being trans women of color. A lot of these murders don't make national headlines, a lot of the time, they're on page 18 in the local newspaper, shoved into a small corner next to the ads for Taco Bell and coupons for Publix. On televised news, they're mentioned in passing, a small blip on a city's radar. There's no one to mourn for them. No one to bury them. No one cares that they were killed. They're going to be forgotten like yesterday's news.

I think why it's so hard for people to accept trans folk is the fact they are often "otherized" in media. On news programs like Fox News, they're usually portrayed as nothing more than men in skirts and wigs that want to harass your daughter in the women's restroom. In television and movies, they're often conflated with drag queens, being another form of drag. Or, they're seen as simply the butt of a joke, a la Quagmire's parent in "Family Guy" who was their father but transitioned later in life to be their mother. Oh, and let's not forget Mrs. Garrison, another caricature of transgender folk in America.

That my trans brothers and sisters cannot live their lives as I do. That sometimes they're forced to hide themselves away, unseen from view.

If you're transphobic, I have a message for you: I don't want your allyship. I don't want you coming around me hollering "yas, queen" and gushing over "Queer Eye." I don't want you participating in pride walks or pride parties. I don't want to even SEE you listening to musical artists with a large gay following. If you're going to be a jerk to my trans and nonbinary comrades, then I want nothing to do with you. Blocked and unfriended, maybe even reported.