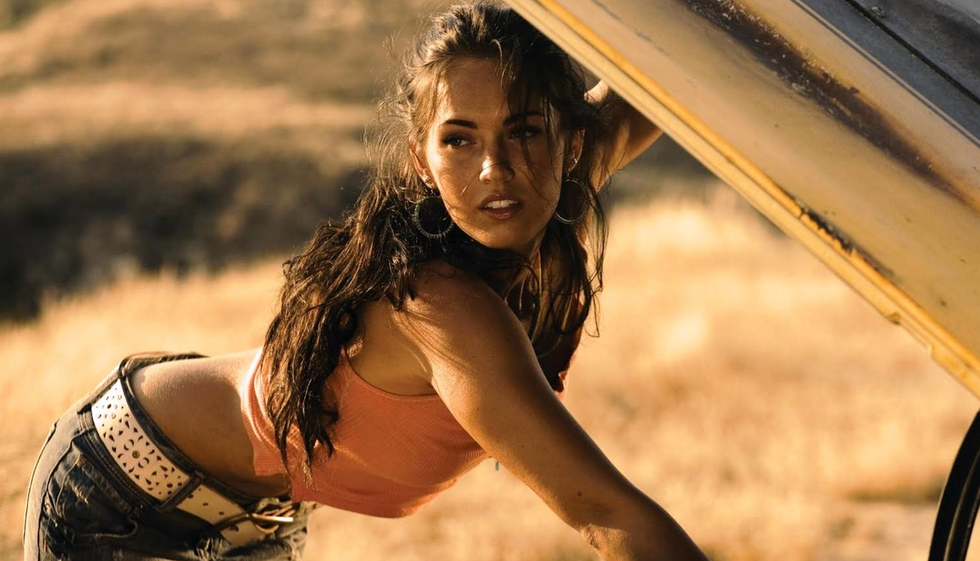 Perhaps this surreal a-ha moment happened to you when you danced in your bedroom at night. Performing for imaginary cameras, you hum and sway. However, you become embarrassed as you trip - and feel unforgivably un-hot - for your audience of zero. The sensation is absurd. It's in those moments that Margaret Atwood's poetry appears true.

While this familiar feeling is psychosocial, the term "male gaze" was originally coined by Laura Mulvey in 1973 to talk about the ways in which women in art are placed as objects of heterosexual male desire. Obviously, heterosexual male desire is the ever-present subject. A woman's complex feelings, interesting thoughts, and own sexual ambitions are less important than her male framing. Examples of the male gaze abound in tropes like the "Manic Pixie Dream Girl" or female superheroes who always must be sensual.

But this idea permeates beyond the screen. As art imitates actuality, and/or vice-versa, the male gaze has become a frustrating perspective with pervasive psychological consequences.

As an ideological cornerstone of patriarchy, socio-political disparities are realized within an antiquated value system, by which male-created institutions (e.g the entertainment industry, advertising, fashion, etc.) unilaterally circumscribe what is standard in society. You can just think of the internalized male gaze as a facet and an outcome of the patriarchy.

Over generations, as women have been socially coerced into placing more importance on their looks, women might internalize this observer view of their appearances as the central way to think about themselves. This concept is problematic, of course, because women may end up placing greater value on how they look than how they feel.

An important aside for a later article: the neoliberal/choice "feminism" of Barstool, Goop, and MLMs - which emphasizes being a "girl-boss," doing "self-care" so that you can be productive at a job that does not pay you well enough, and using (white) empowerment as a marketing technique - does not help women level the male gaze. In neoliberal/choice feminism, objectification and pornography, (which are inherently rooted in the male gaze), have simply been rebranded as sexual emancipation. In fact, this misguided step towards sexual equality has colonized and exploited feminism. We should look somewhere else besides mainstream corporations for such intimate solutions in gender equity. We are better off practicing critical reasoning, introspection, and grace.

When I realize I'm performing for the patriarchy, I try to avoid feeling guilty about my internalized male gaze. Due to the immersive nature of the U.S. American social systems, women are victims of and participants in this sort of sexism. Instead of feeling shame, I vow to unlearn what I've been spoon-fed.

I ask myself who my performative actions are benefitting. If the actions are only benefiting men, my little show must be reassessed. But, if the actions benefit me - or other women - the spectatorship is decidedly less harmful. It is in this way that women can function with the most benefit. If a woman's existence hinges upon the masculine gaze, she then has the ability to manipulate the system in which she is seen, becoming the one who commands this visual economy.

Big picture: deconstructing the thought of the male gaze indicates that all participants in society must deliberately subvert the masculine perspective's chokehold by blurring gender boundaries. And, obviously, people who identify as women should be in the literal director's seat and metaphorical driver's seat more often.

For the individual: along with a salubrious dose of patience with yourself, the only actionable conclusion that I can draw is that femininity is not fixed and should be not enclosed like feminine stereotypes are usually categorized.

A woman may not own the notion of the gaze, but she can control and shift it to her benefit. That indisputable fact is what you have in your control.