What It Really Means To Be The Youngest Child

Birth order stereotypes aren't a great reason to claim you understand someone. 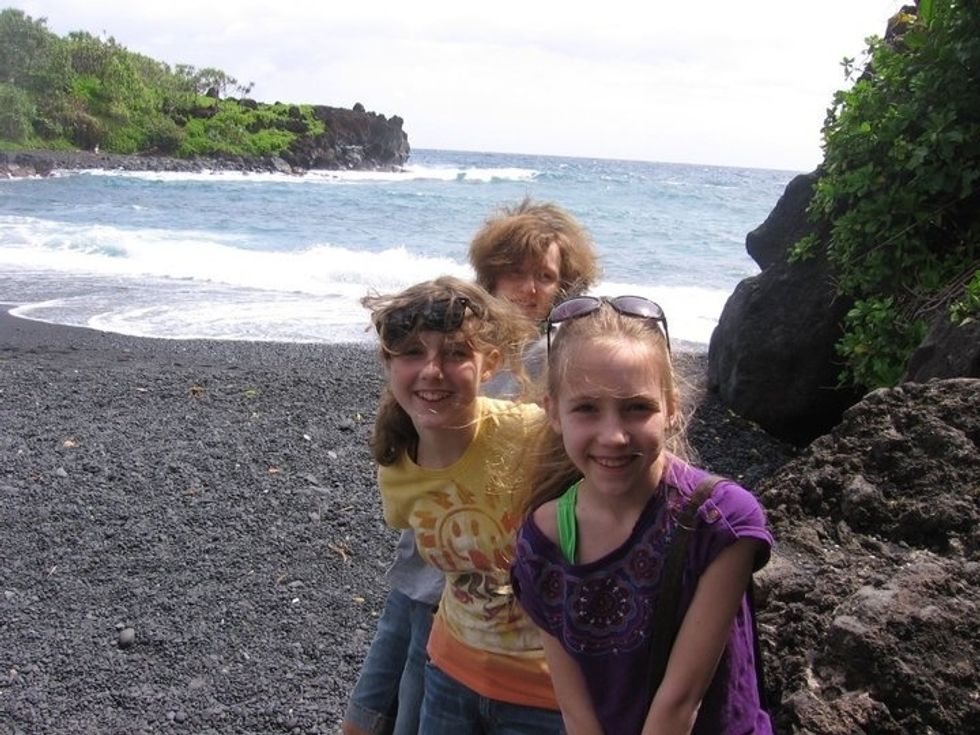 People tell me that I'm the "stereotypical youngest child," whatever that means exactly. Usually, people throw it around to mean the parents' favorite, the one who rules don't apply to, or that I'm "the baby." But those labels tend to come the most from people who didn't grow up as the youngest.

I am my parents' third and last child--all of whom were girls. When I was born, my mom quit her job to raise the three of us. When both my sisters were in school, I was woken up during my naps to go with my mom on errands and to pick them up. I was always with my mom, I rarely ever had a babysitter. When I started first grade, my mom started a new job where she was a teacher assistant for first-grade classes at a different school. So when I got off the bus in the morning, my mom was still waiting for me. Because of this, my mom and I have always been very close. That is why people believe I'm the favorite child--even though I can promise you I'm not.

As I got older, my mom got different jobs and worked different hours and I started spending less and less time with her. I was constantly involved in other things. I have played sports since I was three years old. My parents enrolled me in ballet because my sisters did it. Two years later, my parents signed me up for softball. Two years after that, I started basketball. All of those things came about because my two older sisters had done them. While basketball was my choice to start, the other two really weren't. I found that I stuck to sports longer than my sisters did, that I tended to be better at sports than they were, as I was naturally more athletic. I did ballet for a little under ten years, softball until I got to high school and basketball through freshman year in high school. Sports were a major part of my life--and still kind of are, just now in a more observer role than a participant. Although I made them my own, they began because of my sisters. And so I was always compared to them.

Don't even get me started on academics. For some reason, I got the smart genes in my family. In high school, my oldest sister got a few C's, but mostly B's and some A's. My other sister was a solid A/B student. When I finished the first semester of sophomore year, I was a straight-A student. However, the following semester, I got a B in AP European History. One B, mind you, and my parents were furious. B's had been commonplace for my sisters, but for me, they were poison, apparently. I ended up getting only a few more B's in high school, and the lectures never ceased for a second.

When it came time for applying to schools, my dad had this four-hour limit--meaning I, nor my sisters, could go to a school farther than four hours away. Coming from the Chicagoland area, that wasn't necessarily a hard thing to do. However, I always wanted to go far away from home. The middle daughter in my family was able to stretch that rule to five hours. When my dad found out that I was looking into schools like NYU and UCLA, he shrunk mine back down to three and a half--four if he was in a good mood. If I went further, I'd have to pay for it. Originally, I had gotten into my dream school of NYU and accepted. My sisters were adamant that they'd help in any way that they could financially. However, after a few weeks of stewing on it, the guilt started to eat me alive. I knew I couldn't do it. I couldn't ask my sisters to pay for my college. So I gave up my dream to conform to my dad's rule.

And that's not to say I'm not happy at Butler, because I am--I've had so many opportunities here I wouldn't have gotten anywhere else.

But how's that for the "selfish child?"

My whole life my sisters have turned to me for advice. Whether the advice is about boys or friends or school or work or travel or secrets or how much they should actually divulge to Mom and Dad, they pretty much always turn to me. I have the least amount of experience with all of the above things out of the three of us (except the friends part probably) but they look for my opinion. In return, I'm not afraid to be brutally honest with both of them. And honestly, because of this, I sometimes forget that I'm actually the youngest out of us.

My point in all of this is that the youngest children aren't stereotypically anything. We're not always the parents' favorite, we're not all selfish. The rules don't always bend for us. But no one is there to see what happens at home after the older siblings leave for college and the youngest is alone. They don't witness the change in atmosphere. It's not always flowers and sunshine.

And, in all seriousness, we don't always need to be looked after. A lot of us find our own way to thrive on our own.

However, it takes us a long time to figure that out. We often live in the shadows of our siblings, expected to be like them, to follow what they do. Our siblings are the only examples we have. But once we figure out exactly what will make us happy, we fight hard for it. We take risks. We become a whole new person once we escape the shadows. And that's something no one can take away from us.