What Young People Can Do To Change Public Policy
Odyssey

What Young People Can Do To Change Public Policy

Millennials are the largest and most educated generation in the country, and we need to start acting like it. 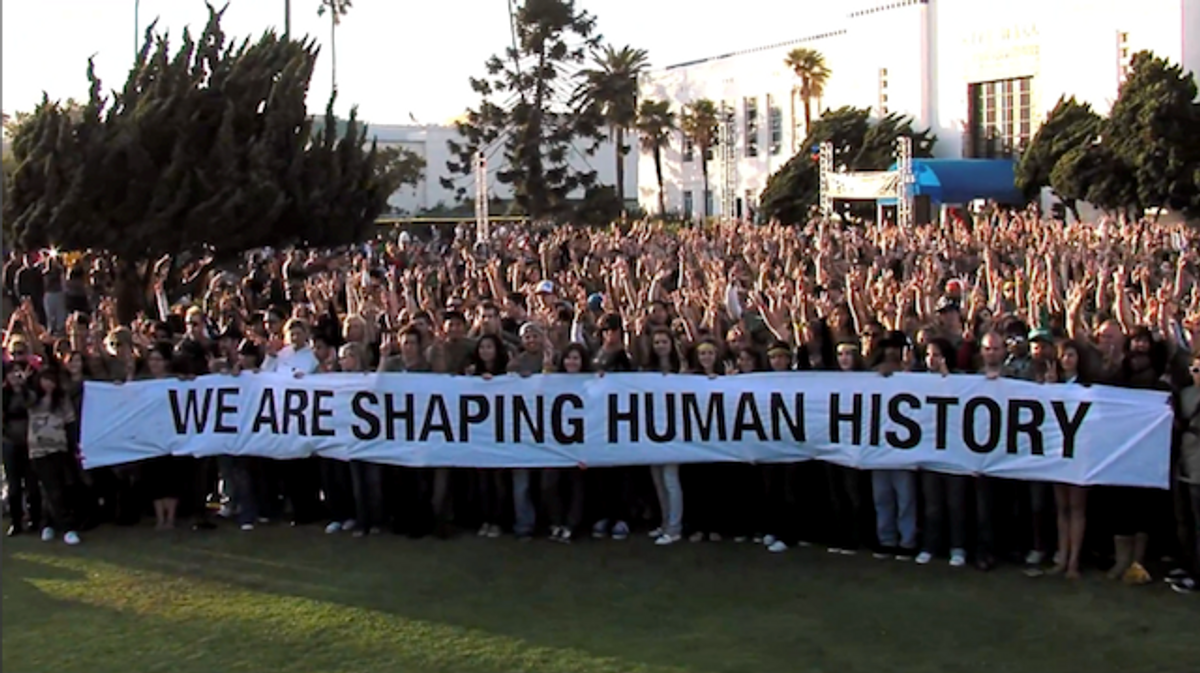 In the wake of the tragic shooting in Orlando, and after every mass shooting, the push for policy changes concerning gun violence resurfaces and gains momentum. Many college students want to do something to affect change in this country, but feel a frustrating sense of smallness. Since the country is run by old white men, the collective voice of our generation - which happens to be the most diverse generation in America's history - is ignored.

Our generation is more equipped to make political decisions than any other generation wants to admit. We’re tech-literate, liberal, and more educated than our parents and grandparents. We’re not congresspeople and CEOs yet, so we have to helplessly watch them make decisions that shape our country and our future.

According to the United States Census, our generation weighs in at 83 million people, which is more than a quarter of the US population, so we shouldn't feel silent or helpless or politically ineffective. We have the numbers and the passion to make changes in public policy, so now we need to make our voices heard. Here are a few easy ways that young people can affect change in our political system and secure for ourselves a safer and brighter future.

This seems like a no-brainer, but according the The Atlantic, “young people just don’t vote. Between 1964 and 2012, youth voter turnout in presidential elections has fallen below 50 percent, and Baby Boomers now outvote their children's generation by a stunning 30 percentage points.” This is a problem.

Democracy is all about representation, and when you vote for an elected official you are essentially consenting to their representing you in Washington. So if only HALF of our generation votes, we’re letting people who don’t understand our needs and values (aka Baby Boomers, who are less liberal and diverse than us by far) decide who represents us. It's no wonder that congresspeople and Senators are making decisions we don’t approve of – they don’t actually represent their constituents.

After this year's presidential election, we have the opportunity to stay politically motivated and turn our momentum towards lower-level elections. A sustained political effort involves filling congressional and senate seats with younger and more liberal men and women, so we need to stay active.

The Atlantic notes that “at a time when the federal government is dragging its feet on every issue, the most significant policy decisions often come at the local and state level,” but since young people don’t show up to vote there either, most mayoral offices are funded and voted on by Republicans with a median age of sixty. I repeat, SIXTY. Getting involved at the lower levels of government will allow our influence to flow upstream to the state and federal levels.

Whenever I hear someone say "call your congressman" I can't help but roll my eyes, since calling someone's office and spouting my opinion to their secretary seems like an obsolete way of doing things. But that assumption is very, very wrong.

When you call, email, or write to a representative, your contact acts like a vote. According to the Friends Committee on National Legislation, when you write to a rep's office, "the staff in that office add the position on that issue to a tally sheet. Each week, the chief of staff for that representative calls a 'mail meeting' where senior staff discuss what the member of Congress is hearing from constituents and pass on a summary to the elected representative." Representatives can't possibly hear what every constituent thinks, so they listen to the most vocal constituents and assume that their views can be extrapolated to the general population. And who's the most vocal? Retired, conservative, white people.

If you call or write to your congressperson's office and tell them a bit about yourself, how you work two jobs but still struggle to pay your student loan payments, that may be the first time they've heard about those issues, or from someone your age, in weeks. So, like getting to the polls, writing or calling your representatives makes that whole representation business more accurate, because it makes our generation more visible.

4. Get To Know Your Congresspeople and Senators

Before you vote in congressional elections, do your Googles. One of the reasons that incumbents (the guys who get reelected every term without fail) rule Congress is that people would rather vote for someone already in office that make an effort to get to know the opposing candidate. Complacency is the enemy of change, so do your research and get to those polls! Fewer incumbents in Congress would mean fresh blood and fresh ideas entering the mix every term, as well as a reminder to congresspeople that their responsibility is to their constituents at home and not to their corporate donors and golfing buddies in Washington.

A tool that can help you make informed decisions about a congressperson, since the info provided by their campaign isn’t necessarily trustworthy, is opensecrets.org. The not-for-profit site publishes information about money in politics and other things the candidates don’t really want you know. Look up your representatives under the “politicians and elections” tab to see where their money is coming from. The list with the top 5 contributors to the politician’s campaign is useful because a politician is likely to be influenced by who funds them. So, if a politician’s #1 financial contributor is Goldman Sachs, it may be safe to assume that breaking up big banks is not their top priority.

If you do a little digging about your representatives and don't like what you see, rally your friends and vote them out of office. We already know that our generation has the numbers to make that happen, so make it happen! Also, call your reps and tell them that you don't approve of what lobbies and corporations they take money from.

We The People is the official forum for petitioning the federal government. The site is managed by White House staff, and any petitions that get 100,000 signatures in 30 days require an official response.

Not every petition results in direct action (like the ones for deporting Justin Bieber) but the ones that capture a strong national sentiment do. According the the The Huffington Post, a petition was created in 2011 that asked the government to forgive student loans in order to stimulate the economy and relieve some of the economic squeeze on the middle class. "The White House concurred and introduced a new policy that would allow students to repay student loans based on the income they make, rather than the standard 10-year repayment plan." This is an excellent example of the power that individuals have to cause change when they join together.

Vote, and vote often. Vote in any and every election you can, including local and state government. Vote by calling your reps, vote by signing petitions. Don’t let your parents decide who will speak on your behalf in Congress, and don't let your parents' generation permanently jack-up this country.

And, most importantly, don’t let cynicism keep you out of the polls. Senator Cory Booker, who talked passionately about gun violence and gun control policy during an iconic 15-hour filibuster with Senator Chris Murphy, ended with this powerful reminder: cynicism is a refuge for cowardice. Our generation needs to resist being cynical about our political system and instead get involved, get our hands dirty, and make a change.

Emmaline B
The Narrative
11142
https://unsplash.com/photos/O0T1SIgHAfM