You Are What You Read

You Are What You Read

How The Books We Read As Kids Unknowingly Effected Us 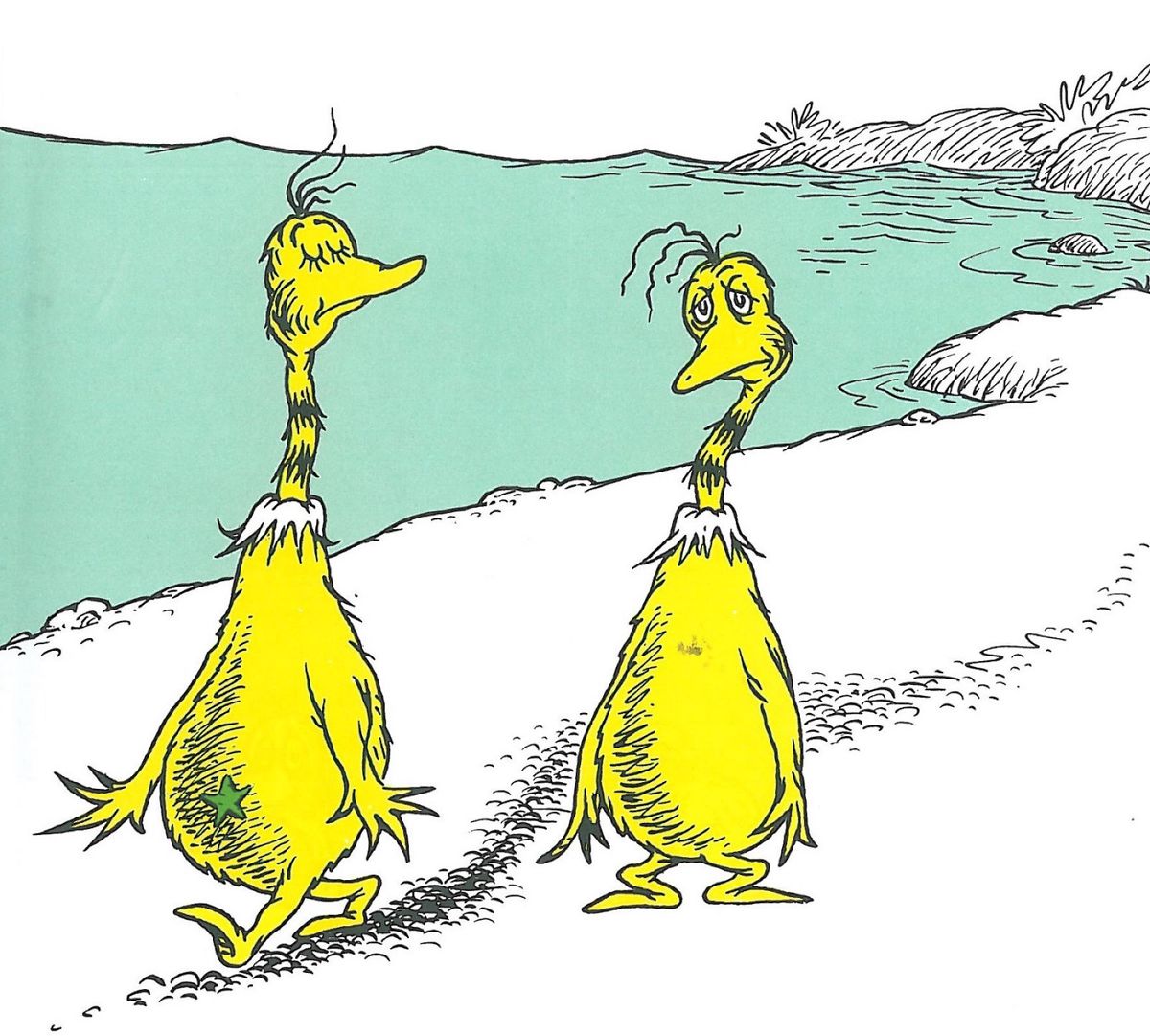 Over the Easter holiday, as I was arriving to my family's dinner just like any other year, I was requested by my 6-year-old cousin to read her a story. She came stocked with many different children's books that she, so kindly, allowed me to choose from.

Flipping through the colorful covers, I stumbled upon The Sneetches by Dr. Seuss. I recalled memories of my own mom reading this book to me when I was younger, so I decided to pick this as my reading choice of the day. As I read this story out loud, I began to realize just how many underlying lessons this book had that I hadn't realized before.

A book made for children portrays vital messages for them for life in which they internalize the lessons subconsciously learned from the story. In the story, The Sneetches, by Dr. Seuss and published in 1953, Seuss writes of a small society which is divided up into two classes that are known as the Sneetches. The Sneetches create this tiny society where half have stars upon their stomachs and the other half do not.

This difference in appearance made the group with “stars upon thars” were made to feel as if they were superior to the Sneetches who did not. When Sylvester McMonkey McBean came to town, he gave Sneetches without stars chances to have stars placed on their stomachs to appear like the rest and be treated no differently.

When the Sneetches with stars originally on their stomachs heard of this change, they go to McBean to have theirs removed just to become different again. This brings about a frenzy of change when the Sneetches attempt to keep up with the changes and rapidly go from one machine to the next to appear different or the same as the rest.

This brings about issues from the 1950s in how there was still a serious problem with racism in America and blacks would have done anything in order to be treated the same. All they wanted was equality and not to be treated poorly just due to the fact that they looked different to white people in the U.S.

The Sneetches that originally had no stars on their stomachs were forced to watch those with stars enjoy nice campfires and other luxuries that the Sneetches without stars were unable to experience.

Towards the end of the story, Sylvester McMonkey McBean left the Sneetches after they were all out of money from trying to change themselves so much in order to try and look different or the same. The Sneetches ended up realizing that they no longer remembered what decent they came from, whether they had “stars upon thars” or not.

This led them to see that they were no more different from the Sneetch next to them regardless of a star or not.

“The Sneetches forgot about stars and whether they had one, or not, upon thars” (Seuss 24).

This gave off Seuss’ overarching theme that no matter the difference in one’s appearance they are still the same person standing next to you. No one should be treated differently just because of the color of their skin or any other difference in appearance. Everyone is the same on the inside and that is all that should count.

Teaching this lesson at such a young age for children is so valuable because humans are not born to be racist, they learn the habits and beliefs from those around them at an early stage. By teaching this lesson in childhood from the story, it can help combat those negative beliefs held in society and help people realize that no one is different or inferior/superior just because of the way they look.

It even proves a point that for an idea so simple, it can be taught to children and there is no reason that adults shouldn’t adapt it into their everyday lives.