The First Week Of College According To A Confused Freshman
Odyssey

The First Week Of College According To A Confused Freshman

I know where the coffee is...that's about it. 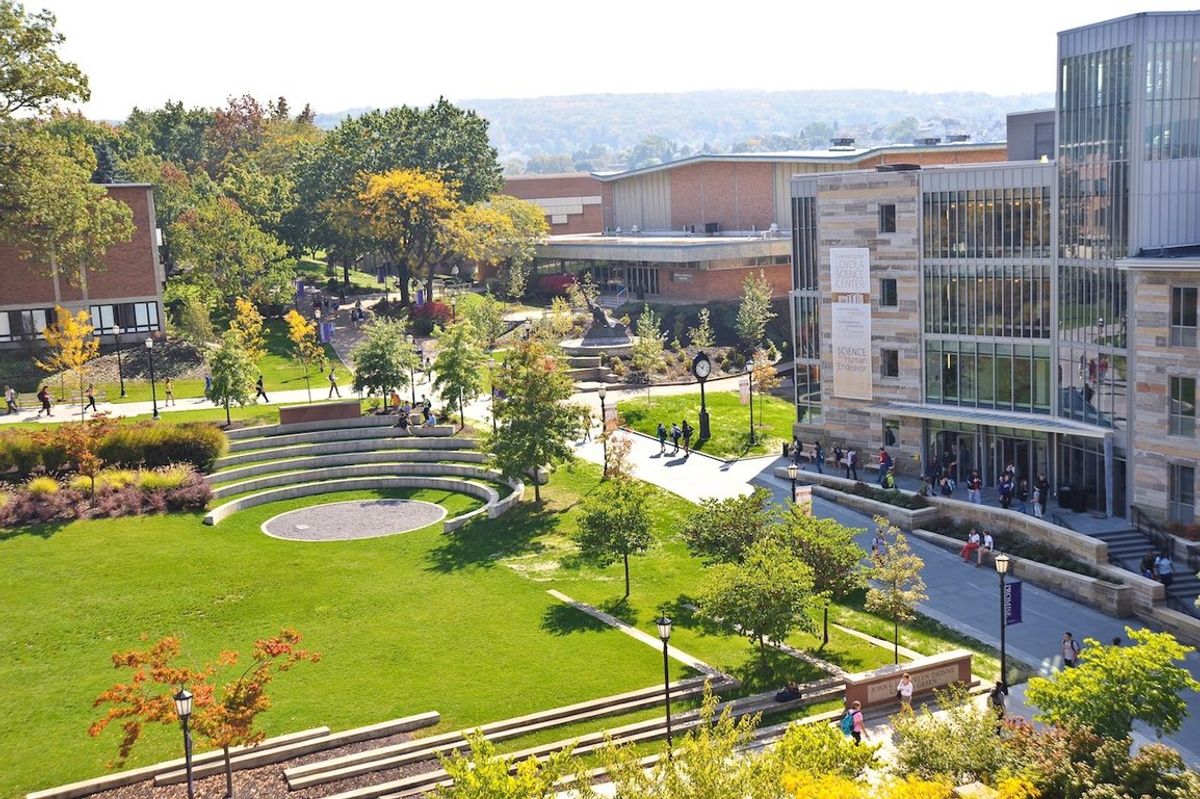 I officially started my first year of college on August 21, and let me tell you, it's been a ride. Literally. I commute (Get it? That's punny). I can honestly say that the whole "university thing" is much harder than I expected. High school wasn't really difficult for me. I had good time management, my close circle of friends and worked hard inside and outside of the classroom. If something was really hard, I would just up the coffee-intake for the day and power through. However, one week in college has made me grow in more ways than one. I started college with a preconceived idea of what it was going to be like, and it's not what I expected. I know my school started a week earlier than most, so here's my tips and reflections for anyone else starting this huge, terrifying, exciting milestone in their life.

1. Academics, or Wow, I Thought This Would Be Easy

Those days of seven to eight classes in a row? Gone. My heaviest day has three classes and I usually have hours in between all of them (not to mention I don't start until noon...eat your heart out). Oh, and I don't have a single math class this semester. Yes, it seems that good. I saw my schedule and was officially psyched. I was going to have so much free time, right?

I'm already struggling to keep up with my homework. My French class is taught in French and you can't speak anything but French (syllabus day was hard and I had the paper IN FRONT OF ME). My European History textbook makes the Bible look like a beach read. And I have a class on the history of history (which I didn't know existed, but it's surprisingly interesting). Those "exaggerated" accounts of the hectic lives of a college student aren't exaggerated: they're a warning. I got my first assignment for my literature class three days before the class even started, so thank you Steve Jobs. You can be reached anywhere, at anytime, and the professor knows that.

My dad told me I'll adjust. I just hope I do so before my first actual grade (or second actual grade; I had a quiz the first day of that literature class, too). My advice? Get a planner you don't mind staring at and crying over. You'll be seeing it A LOT.

2. Socializing, or Yes, Real Life Can Be This Awkward

That close-knit group of friends I mentioned? Currently spread across the planet (I'm not exaggerating. I'm talking different states and continents here, people). Translation: I need to talk to new people. And yes, it is awkward. It's supposed to be though, so, great, you and me are apart of the human race. However, I will admit that I have never met so many nice people in one place. I don't know if it's first-year rose-colored glasses or whatnot, but I've only heard about one jerk so far, so kudos University of Scranton, you're the second happiest place on Earth. My advice? Talk to anyone. The person next to you in class? Talk to them. That girl sitting alone in the student forum? Talk to her. The guy in line in front of you at the bookstore? Talk to him. I know it looks like everyone is busy on their phone, but they aren't. More people are willing to talk than you think.

3. Getting To Class, or My Daily Workout

I came from a high school that was literally one floor and two hallways. Being late was an occasional occurrence rarely accompanied by any stress. The only class I don't have hours between, I have ten minutes to get to and it's on the other side of campus...on the fourth floor...and my preceding class usually runs over. It's not a fun time. My advice? Book it and do what you need to do. Power walk, sprint, do whatever it takes because, though not all professors are the same, some will literally dock points from your grade if you interrupt because you gave up on the second floor stairwell. Some won't...some will. Figure it out and save your average.

4. Everything Else, or What They Didn't Include In The Welcome Packet You Didn't Read

The welcome packet is literally one of the least helpful publications you'll receive. Take the map and write down the mandatory things you need to go to. From there, it's up to you. Some include social events going on around campus, but, other than that, it's a nice souvenir (I guess?). What mine didn't include? The Wi-Fi password. And when you need a laptop for your class, you're in hot water. Get the password.

They also neglect to address a few other things, like, in all reality, you're a fully-functioning adult responsible for yourself. There's no schedule anymore, and what you do is up to you. If you don't go to the bookstore, you won't have your books for class. If you don't feel like spending money on a bottle of water, you're going to be a little (a lot) dehydrated (my first day ... don't be cheap, buy the water). If you choose not to attend class, you're wasting your money (and possibly failing. Just go to class).

My point? It's all up to you. It's both exciting and terrifying. My advice? Don't be stupid. Do the responsible thing, no matter how inconvenient or cheap your tendencies are.

So, yes, college is happening. Is it scary? Oh yeah. Do I know it's going to be one of the most important, formative periods of my life? Definitely (no pressure or anything). Right now I may be the confused little first-year getting lost in the deep recesses of the Loyola Science Center, but I'm okay with that. I'll find my way. At least I think I will. Probably. Maybe.

Glorie Martinez
1299
Why I Write On Odyssey