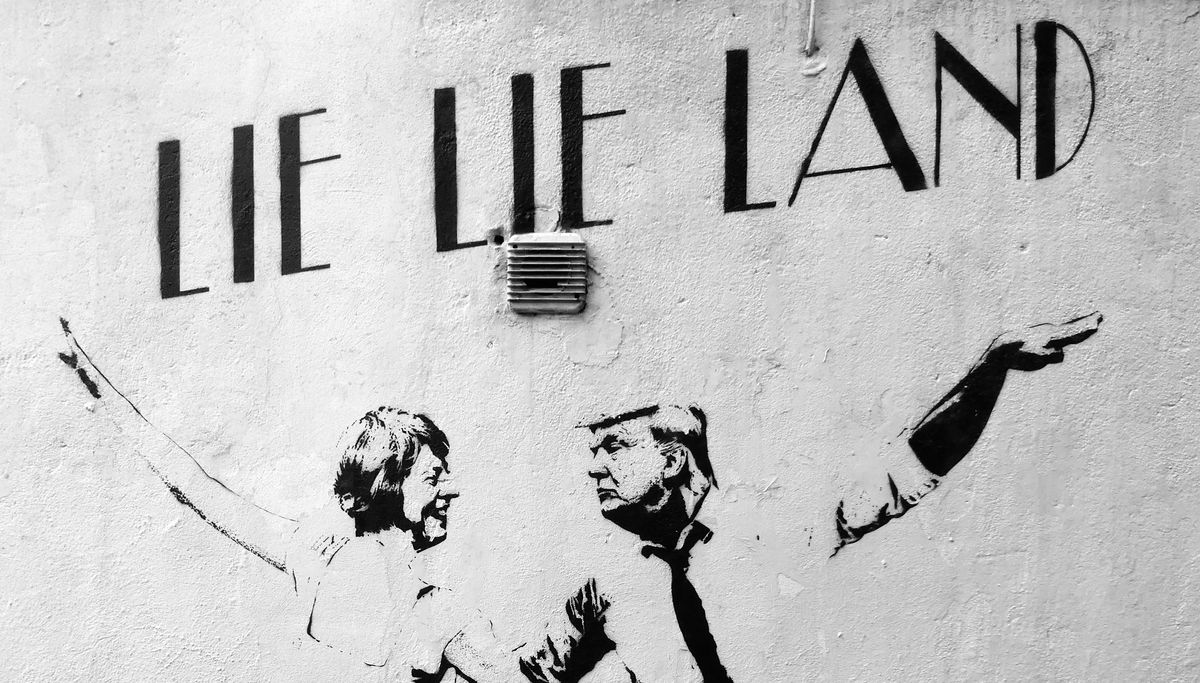 Don’t worry. In no way am I proposing to use the title as a response to the ever-so cliqued question? But it’s an interesting premise, isn’t it? Consider it the next time you’re asked to respond honestly to an uncomfortable question. Lie and live comfortably, or tell the truth. I mean, isn’t it odd that most of us feel entitled to the truth yet continue to perpetuate the same dishonesty we all tend to hate?

In occasions, it’s polite or even moral to lie. If we’re asked if Anne Frank is in the basement, most of us would agree it would be moral to lie. But despite that odd occasion, the truth is largely a valued character trait. We want to hear the truth more. In fact, many of us would agree that if we’re being self or inconsiderable, we would want our friends to tell us we’re being selfish, or inconsiderate. Yet many of us, in fact, don’t do that, we don’t tell our own friends when they’re being selfish or inconsiderate. Because truthfully, it doesn’t sound nice.

It seems to me as though we all demand honesty while simultaneously avoiding it.

In a study published in the Journal of Basic and Applied Psychology, researchers found that 60 percent of the subjects lied at least once during a videotaped 10-minute conversation, yet the subject themselves believed they were being entirely honest. Interestingly enough, self-deception happens more often than we realize. In fact, you’ve probably heard the phrase “fake it until you make it,” yet never rendered it as being deceptive.

Deceiving others (and ourselves) is even conveyed through pop-culture. We’ve heard the songs, movies, and advertisements alluding to our libelous culture yet we fail to recognize it as a reflection of what might be apart of our daily lives. The truth is, lying is inherently engraved in all of us. We want to seem a certain way to others and lying gives us the utility to do that.

But is this ethical? Is the simple explanation of how we lie enough for us to justify doing it? We’ve all tried to save face, overcompensate and avoid confrontation. But there’s something to be said about not saving face, not overcompensating and not avoiding confrontation. Is being “nice” and avoiding to hurt somebody’s feelings doing more bad than good? It might be.

Imagine if your friend gained twenty-pounds within the last year. This friend has recently asked you what you think of their weight gain. Being that you’re left with two scenarios, you can can either tell your friend the truth or lie and escape an uncomfortable scenario. Most people choose the ladder and understandably so. Nobody wants to tell a friend they’ve gained weight, nobody wants to hurt their friends feelings. But in a way, not telling your the truth might cause more harm than good. Imagine the former scenario, where the friend is told they’ve gained weight. Now that friend takes the honest opinion of someone they trust and decides to lose ten pounds. Both participants end up happier because they’ve decided to tell the truth.

Lies on the other hand, anchor themselves onto other lies, causing rifts of distrust in all relationships. As people we have a duty to become more aware of the extent to which we tend to lie. When we recognize that, we can then begin to yield in more honest and genuine relationships. The truth is, we’re better off with it.