I'm A Yale Sophomore, And I Still Read YA Novels
Odyssey

I'm A Yale Sophomore, And I Still Read YA Novels

And I won't let any adults shame me for it. 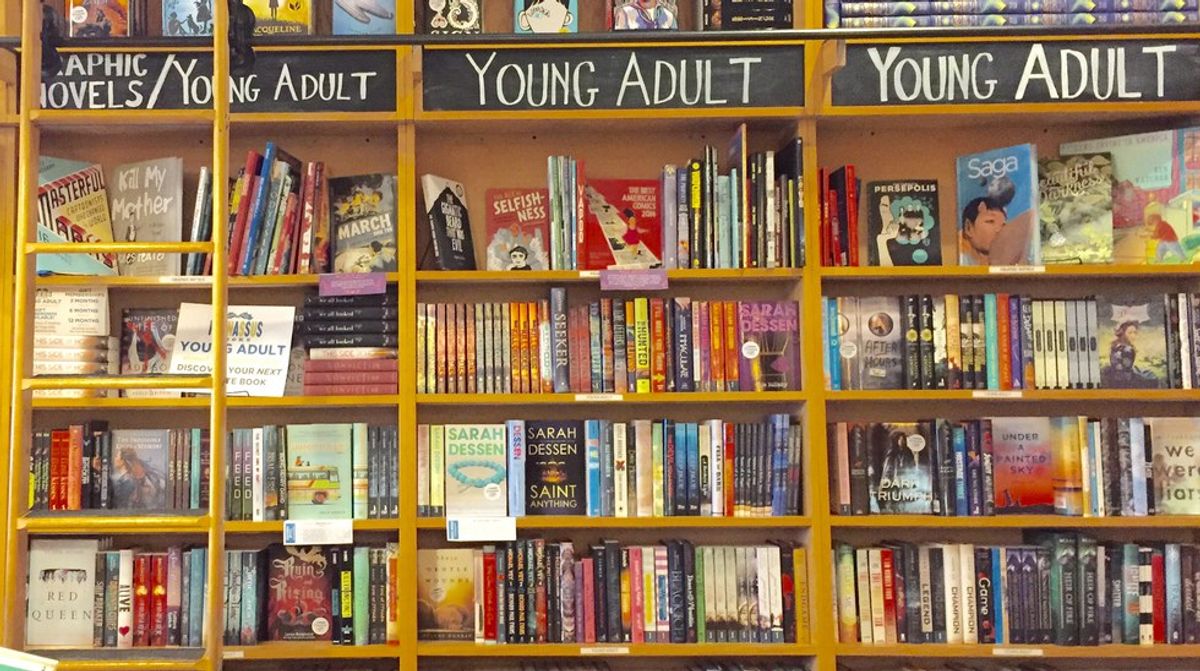 On Tuesday mornings, I meet with my Daily Themes tutor, an older woman named Harriet. One of my themes, musings rather, from the past week that we were reviewing that money was about a book that I had read on my Kindle somewhere between Newark and Los Angeles. "Tarnished" was the sequel to "Perfected," a newish young adult dystopian series by Kate Jarvik Birch, and I had devoured it in only an hour and a half. The series' premise revolved around breeding young, teenage girls to be "pets," a thinly veiled narrative version of the sex trade.

"What's the book about?" Harriet asked me.

"It's a young adult dystopian novel about the sex trade, basically."

"Why were you reading a young adult novel?" She asked me. It was hard not to peer over the top of my laptop and see her crinkling her nose as if she had stepped in poo.

I gave her the answer I've been perfecting about wanting to write my senior thesis on the changes in young adult dystopian novels from 1984 to "The Hunger Games" and beyond. She seemed to buy it.

As I waited for the elevator to whisk me away from Harriet's fourth floor office and to my Shakespeare lecture on the first floor, I thought of this more.

You know what? No.

Maybe I am thinking about writing my senior thesis on young adult dystopian fiction, but that's not why I dedicated an hour and a half to a work of fiction rather than Pericles, the Shakespearean romance I was supposed to read by the next class. The reason I'm even thinking about my senior thesis topic in the April of my sophomore year is because that is what I am interested in, what I love to read and explore.

Don't crinkle your nose at my hobby. It doesn't make me any less of an English major because I don't spend all of my time reading Dante and Woolf and James. I don't read young adult books because I'm incapable of understanding "literature for adults." I had a 12th grade reading level by the fourth grade, so put your condescension away. Maybe I need a break from Faulkner and Hemingway and Morrison. Maybe I'm looking for a release from the oppressive English major that shoves a reality long since relegated to the history books down my throat.

Yes, I'm a Yale sophomore. I was one of the 6 percent given the coveted acceptance letter on a cold Wednesday night in 2014. I'm supposed to be the brightest of the bright, and the stack of books on my desk doesn't make my light shine any dimmer.

My reading choices are mine alone. If you need to curl your nose up at it, I don't need to take time out of my day to explain myself to you. We live in a world where most people don't pick up a single book after their high school graduation. I pick up a different book every day, and even if you don't think of it as "appropriate" for my level of education, I'm not fazed.

Frankly darling, I don't give a damn.

Glorie Martinez
2623
Why I Write On Odyssey